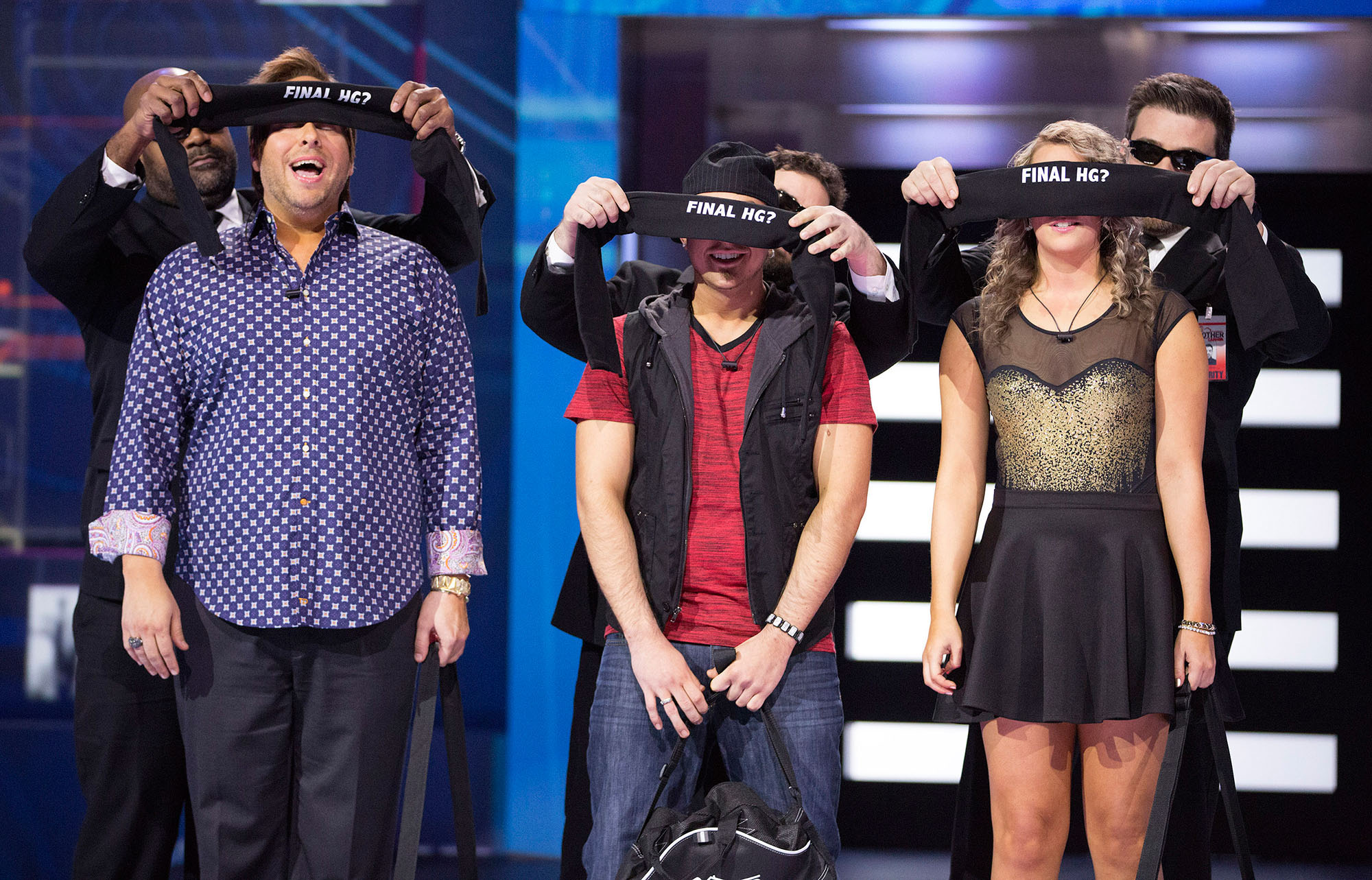 This is war, well in a non-destructive context, it all went down in the Big Brother Canada House tonight as one HouseGuest was sent packing, whilst 3 brand new potential new HouseGuest’s waltzed into the War Room to fight for Canada’s votes.

The potential candidates to fill the final HouseGuest position include Allison White, Nate Sandri, and Scott Bosse fo. Fans of the show can register at the Official Big Brother Canada website BigBrotherCanada.ca to cast votes and earn points to impact the game.

Before entering the potential HouseGuests were blind folded before being escorted by producers to The War Room.

Catch Big Brother Canada on Sunday, March 9 at 9/8c on Slice when the next Head of Household will be revealed