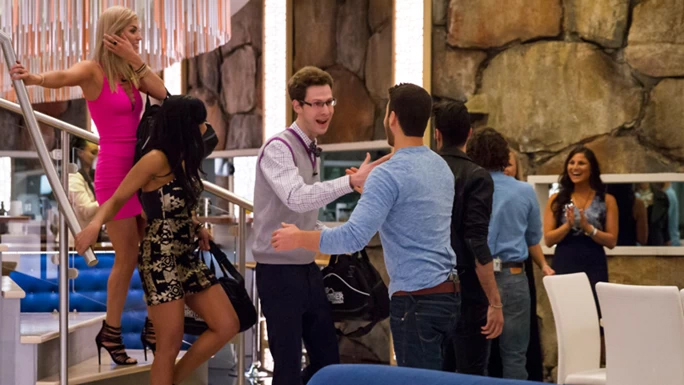 Last night, Big Brother Canada kicked off its fourth season and it started with a bang. Besides the new Houseguests entering the House, Arisa Cox revealed a surprise for one of them. It was revealed that two of the houseguests must act as one team throughout the season.

Ottawa’s Philippe Paquette who entered first was surprised to learn that his younger brother Nicholas would also be in the Big Brother Canada house. Having not been previously announced, the addition of Nicholas was a surprise to his brother, the other houseguests, and the audience.

However, it was later revealed that the brothers must play as one houseguest – only getting one vote – and if they win, they must split the grand prize. Only one brother will be able to compete in house competitions, and they must decide together who they will nominate for eviction.

Nicholas Paquette is 20 years old, is from Ottawa and is currently a student. The younger half of the brother duo wants to make friends with all the houseguests in order to win the grand prize, but will this clash with his brother’s style?

“Yet again, Big Brother Canada amazes fans with another surprise,” said Christine Shipton, SVP and Chief Creative Officer, Shaw Media. “And tomorrow with the international wildcard competition announcement, the stakes will be set for another great season. I can’t wait to see what Big Brother has in store for Canada this year!”

“At Insight, we’re always looking to intensify the excitement factor for the viewers and bring them closer to the action,” said John Brunton, Chairman & CEO, Insight Production Company Ltd. “The wildcard voting is a Big Brother worldwide franchise first and viewers across Canada have the chance to impact the outcome like never before.”