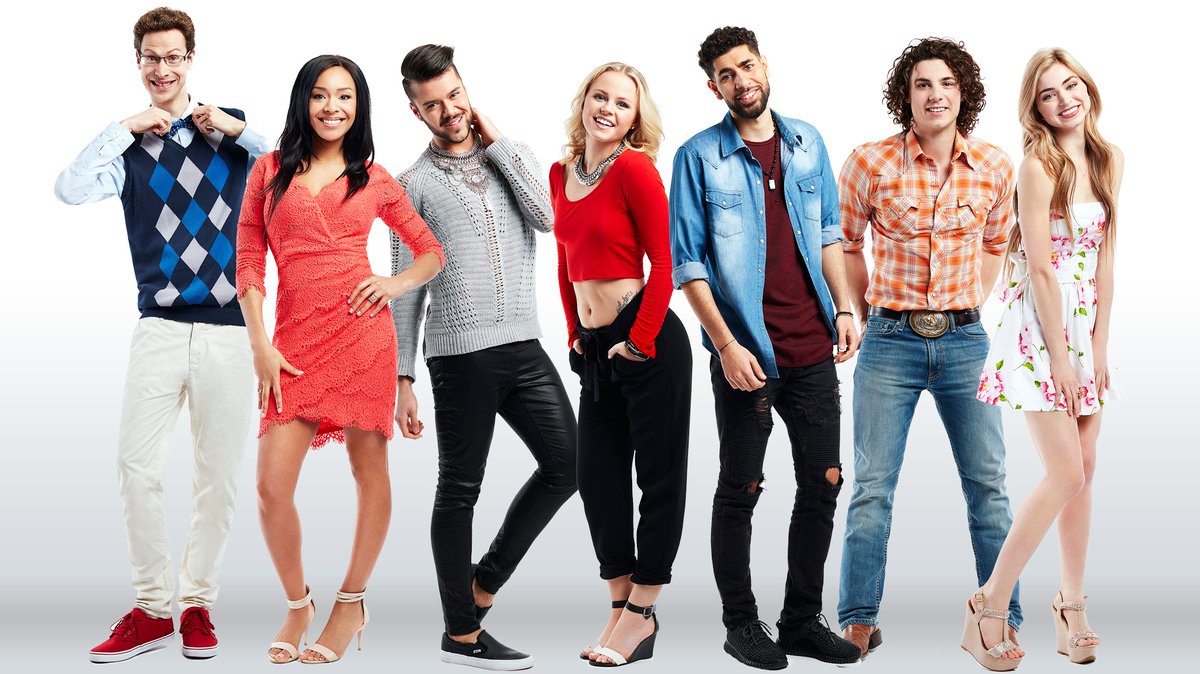 Following the reveal of the big twist – which will see two international Housemates from either the UK, Australia, Italy and USA enter the House – the brand new Houseguests have also been revealed.

Jared Kesler
Age: 24
Hometown: Winnipeg, MB
Occupation: Pipeline Worker
Jared is the quiet “pretty boy” who is looking for a showmance and plans to dominate the physical competitions that Big Brother Canada has in store.

Joel Lefevre
Age: 33
Hometown: Edmonton, AB
Occupation: Actor
Joel is a self-proclaimed late bloomer who feels he will be able to fly under the radar and swoop in to win it all.

Loveita Adams
Age: 25
Hometown: Fort McMurray, AB
Occupation: Entrepreneur
Loveita is an outspoken and ambitious ball of fire who is sure to stir up controversy in the Big Brother Canada house.

Maddy Pavle
Age: 21
Hometown: Vancouver, BC
Occupation: Server
Maddy is a fashionable tomboy and a serial dater who is so confident in her Big Brother Canada game that she has already declared victory.

Paige Distranski
Age: 19
Hometown: Thunder Bay, ON
Occupation: Vet Tech Assistant
Paige is a real outdoor type who likes to hunt, trap, and fish. Her birthday present from her parents was a trip to audition for Big Brother Canada and she’s ready to make it all the way to the finale.

Ramsey Aburaneh
Age: 26
Hometown: Toronto, ON
Occupation: Digital Marketing Specialist
Ramsey is a charming conversationalist who has an enormous family (65 first cousins!) and knows how to handle himself in a large group and chaotic situations.

Raul Manriquez
Age: 21
Hometown: Calgary, AB
Occupation: Fashion Stylist
Raul moved from Mexico with his family for a better life. He’s a Mormon who is proud of his LGBT community and is convinced he can use his Latino charm to win Big Brother Canada.

Cassandra Shahinfar
Age: 22
Hometown: Winnipeg, MB
Occupation: Social Media Specialist
Cassandra is the centre of attention in her family and is set on finding a showmance in the Big Brother Canada house.

Christine Kelsey
Age: 47
Hometown: Vancouver, BC
Occupation: Housekeeper
Christine is a single mother who is ready to use her maternal vibe to trick the houseguests into trusting her.

Dallas Cormier
Age: 24
Hometown: Saint John, NB
Occupation: Welder
Dallas is a hard-working, blue-collar guy who has a great sense of humour, a beaming personality, and is set to become everyone’s confidante in the Big Brother Canada house.

Mitchell Moffit
Age: 27
Hometown: Guelph, ON
Occupation: YouTuber
Mitchell is a very successful scientist who has nearly five million subscribers to his YouTube channel AsapSCIENCE which he runs with his life partner. He knows the game well and is ready to strategize behind the scenes to win it all.

Philippe Paquette
Age: 21
Hometown: Ottawa, ON
Occupation: Student/DJ
This smooth talker is known for his swagger, skills with the ladies, and his physical abilities.