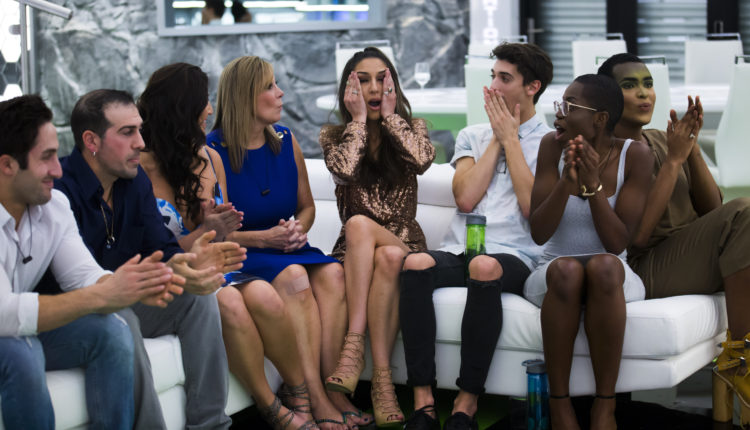 On the latest edition of Big Brother Canada, Mark became the first to be evicted from the BBCAN Odyssey.

Put up for eviction by Head of Household Karen, and against 25-year-old Demetres. Mark believes he was nominated because Karen and her HOH competition partner, Sindy, decided to target strong male players. When returning houseguest Bruno won the Power of Veto, he chose not to use it to save either Demetres or Mark from the block, leaving the two brawny Albertans to battle it out for the rest of the week. The houseguests made their final choice and in a vote of 7-6, 24-year-old Mark was sent home.

“It feels to me like someone in the house was really gunning to get me out of there,” said Mark to host Arisa Cox after disembarking the BBCAN Odyssey. “I really don’t know who it was and I tried hard to stay in the house but I just couldn’t get them to vote in my favour.”

At the end of the show Arisa rocked the BBCAN Odyssey when she revealed the season’s first official “Shockwave” to the houseguests. Canada had been voting for the past 24 hours to transport one houseguest into the future, granting them immunity until jury begins. While the houseguest who was chosen to experience “Canada’s Time Warp” is safe and can’t be nominated until jury begins, they will still be a full-fledged houseguest who can compete for HOH, become a Have Not, and vote. After outlining the rules, Arisa announced that BBCAN veteran Neda Kalantar from Vancouver, B.C. was the lucky houseguest to benefit from this unparalleled power, having received the majority of Canada’s votes in a tight race to the finish.