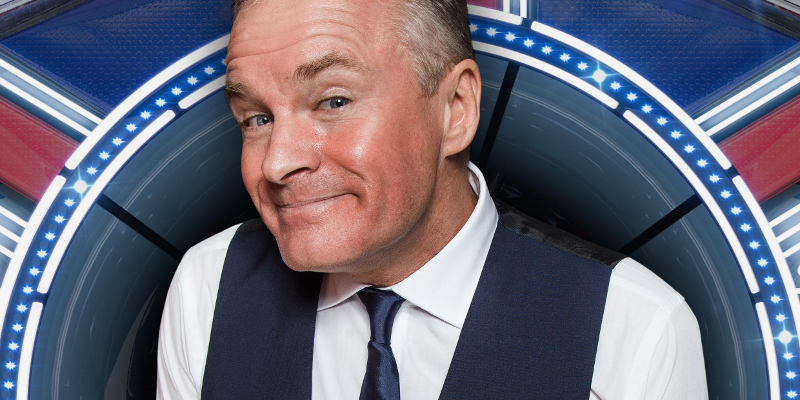 Emma announced Bobby Davro in FORTH place. He met Emma to cheers and she asked him how her felt: “I never imagined I’d be fourth, I would have liked to have made top three, but I can’t complain at four…I was public enemy number one for a couple of week…I’ve had such a fantastic time, I’ve never laughed so much in the space of four weeks”.

On the House in general: “It is just a game…very, very fiery, but I’m used to it…I’m used to difficult ladies, there are a couple of awkward ones, but I drew a line in the sand with one particular Housemate.” On Farrah and his face to face nomination: “It had to be done….it happened before because she addressed by private life, she attempted it and I thought it was very nasty, she’s got to work on that…I was a bit harsh with her and it did try to build bridges with her but it’s hopeless.”

On Bobby’s Jenna impression: “You think that was cheeky, you wait until you see one of my shows…It’s alright for her to do it but it’s not alright for me to do it, come on we have a sense of humour and that’s why we’re British”. On Bobby’s experience in the House and UK vs USA: I’ve learnt about my strengths and my weaknesses…It’s never too late to say sorry but they never got our sense of humour.”