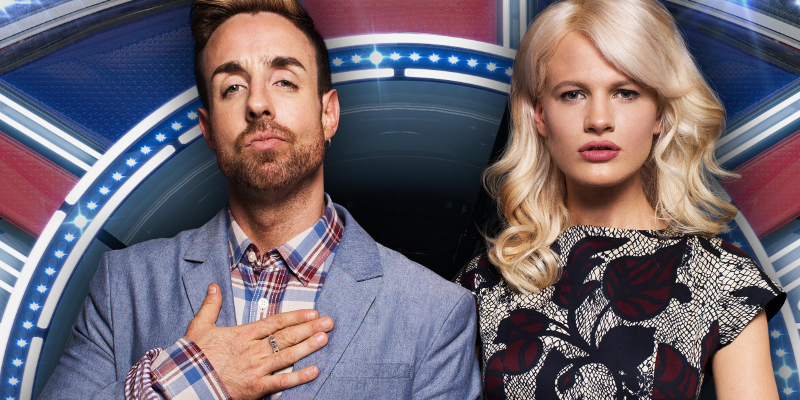 Emma then turned her interview to Stevi and Chloe Jasmie who took FIFTH place.

When asked what it was like being a couple in the house,Stevi said “we coped well.” Chloe Jasmine added, “we don’t know any other British couple who have moved in to the BB house…. we’ve learnt so much from being in there.”

On claims they were being fake, Stevi said, “we just carried on being us…with a lot of PDA…”
Chloe Jasmine added, “nothing is more serious than passion, Emma…we had to really reign it in sometimes but we were really true to ourselves.”

Emma asked Stevi to explain what he meant by ‘needing a little break when he gets out,’ Stevi said, “I meant a break as in a spa….to see friends, family, my gorgeous daughter who I absolutely missed to my heart.

On her relationship with Janice, Chloe Jasmine said she loved “absolutely everything [about Janice]. Her exuberance…she was a confidant, friend.”

Stevi added, “I felt like a spare wheel sometimes. I loveJanice as well…she’s fascinating to watch…all the other housemates think she’s hilarious. She’s been herself. I just carried on being myself in the house.”