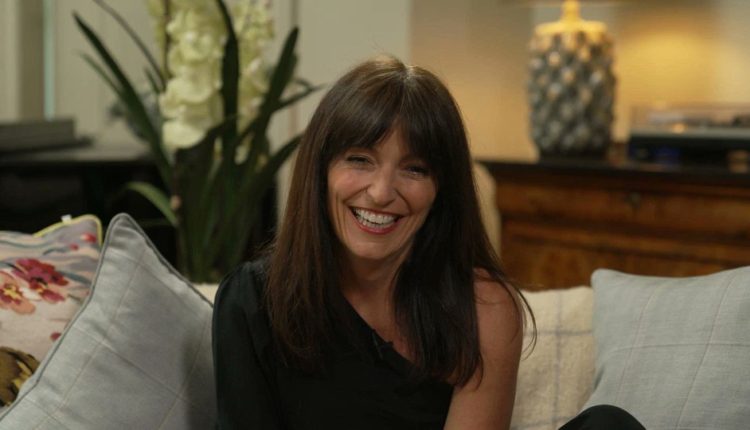 Channel 4 have sat down with Davina McCall to talk all things Big Brother ahead of the new specials this Sunday.

1) It’s hard to believe it’s been 20 years since Big Brother first landed on UK screens, what do you miss most about presenting it?

DM: I know, god I can’t believe its 20 years. Over the 11 years that I did, it developed a lot and changed a lot. The beginning few years, I loved the anarchy and the fact we didn’t know what was going to happen or how it worked.

The first couple of series, we didn’t know how anything would pan out or how people would react. Then in the next few series, people used to say ‘oh it’s a set up’ or ‘the producers are fixing it’ but actually, we never knew what was going to happen. We might have put two people in that we thought ‘they definitely will fancy each other’ and then they don’t fancy each other at all.

Free will is such an amazing thing. I remember there was a task where my producer said that we were going to put them all in cardboard boxes. I asked ‘are you sure, that is going to be the most boring bit of telly ever’ and he went, ‘yes, we’re going to do it’. It turned out to be the best thing I’ve ever seen. I’ve never laughed to hard! You just never knew what was going to work or be brilliant!

2) You hosted Big Brother for a total of 11 years, so it must have been a job you loved to do?

DM: Oh my god, I loved it so much, so so much. It is one of those programmes if you invest in it, it gives back. It is like a soap opera, if you invest in a soap opera and you watch it for a week, it will give back to you in so many ways because you get totally engrossed in the plot and the cast – you know everything about it.

There was the cult of Big Brother where a certain group of people were as obsessed as me and we could talk about it for ever. The nuances and the little things you would notice. Would the housemates notice that Big Brother had put something in the garden? Had the people at home? It became sort of a clique that we were all a member of. So that’s so nice to be back with the obsessives! Also live television, I LOVE live television.  There is no point in filming something live, if there is no danger of something going wrong, which it often did in Big Brother – it was so very exciting – that’s what people were watching for.

3) Fans seem to be really engrossed on Social Media? Was social media a big thing in the original run of Big Brother?

DM: It’s so great that fans are excited! I’m loving it. Social did exist towards the end, as I used to watch every night whilst following on Twitter. I joined Twitter in 2009 and tweeted along which was amazing. It completely elevated my viewing of Big Brother because to be able to watch it in real time and all of us discussing what was going on. It also massively helped with my interviewing of people as I knew what people wanted me to ask, it made me know what the public outcry or love was for a certain housemate.

4) What was your initial reaction when you first got the call about these Big Brother specials?

DM: Well they said, ‘Big Brother’ and I just said ‘yes’. I didn’t even know what it was. They asked if I wanted to know what it was and I said, ‘no its fine, I’ll do it’.  Stuff that I do now is very sensible, so it will be nice to watch back some irreverent TV again.

5) What can we expect from this show? Can you give us any hints?

DM: I think a lot of them will be bits that everyone will remember that we can’t not include. Trying to think of favourite series is quite a difficult one to think about because there were so many that played a special part in my life. I mean some of my favourite moments are Mikey eating a Scotch Bonnet Chilli – I was in agony laughing. I had forgot that Alison Hammond and Adele Roberts were Big Brother housemates – and now they are mega famous. It’s so good to be back!

6) Big Brother has a loyal and dedicated fan base, do you have anything you’d like to say to those fans who have stuck with it all these years?

DM: Aw – from my perspective, especially for the first 11 years, thank you for being the backbone of the show.  It was a show that went in waves. There is a very hardcore group of people who have stuck with it through all the ups and downs, all the dramas, evictions and ejections. They stuck with it through thick and thin. Mostly importantly keeping the interest in it alive. So, thank you for sticking with us.

7) Some of the audiences who will be watching on E4 might not have seen the original Big Brother on Channel 4, how would you describe the show to them?

DM: At the beginning, it was very basic. I think it would be very interesting to show the first series again. To show how they did nothing. They sat around and only had chickens to look after and they just talked – there was hardly any tasks – and that’s what’s quite funny about it, how did anybody watch this? It was really funny. It was side-splitting, desperately funny. I have never laughed as much as I did when watching Big Brother. People just think it’s all alcohol, sex and rows but the challenges and the tasks that they did were so brilliantly done and thought out, so just remember that it is also a massive comedy.

8) You’re going to be hosting this show along with Rylan, are you looking forward to working with the ultimate Big Brother Superfan?

DM: He is an absolute genius. He is so passionate about Big Brother and that Is what I love about him.  He is a Big Brother nerd. So to be able to do it with him (remotely of course) is so lovely.

DM: If ever my kids say ‘can you pick me up from the station’ I say ‘I’M COMING TO GET YOU’ and slightly laugh to myself. Some of the housemate’s quotes were amazing.

10) This really will be a walk down memory lane not just for the fans, but for you too, what do you hope viewers can take away from it?

DM: I hope it’s going to be a walk down memory lane for them and a little bit of nostalgia. I think it will be nice to look back at something funny that was part of our lives in happy times.

11) Who is your favourite house mate EVER from the show?

DM: That is a very difficult question. But I would possibly say because it meant so much to her, Nadia. I did love Brian and he’s a very close second, but it meant more to Nadia. It was more of a surprise. Nadia went in there having never being accepted for who she was, Big Brother gave her an opportunity to be someone completely new, no past, no history and no judgment and people totally accepted her for who she was.  I think that meant so much to her. It meant a lot to the trans community too, Britain opened their eyes, I learnt a lot. I learnt about what it is to be trans and how you feel. I learnt so much from Nadia and she had such an important story to tell. She was an amazing housemate. I also love fiery tempers!

12) If the roles were reversed, would you have ever gone in the Big Brother house?

DM: Absolutely not. Never. I definitely think it is an extremely difficult place to be, you’re in a melting pot. In lockdown this is the best example of what it would feel like to be stuck in that house! You must become very good at conflict resolution as you’re all stuck together in a small space! I don’t think I’d be able to hack it!

13) Finally, what is next for you Davina?

DM: I’m doing more Long-Lost Family, I’m doing (hopefully) the Masked Singer whenever we can. Obviously, my online fitness platform ‘Own Your Goals’ has also been very busy, which is fantastic.

Big Brother: Best Shows Ever kicks off Sunday at 9pm on E4.