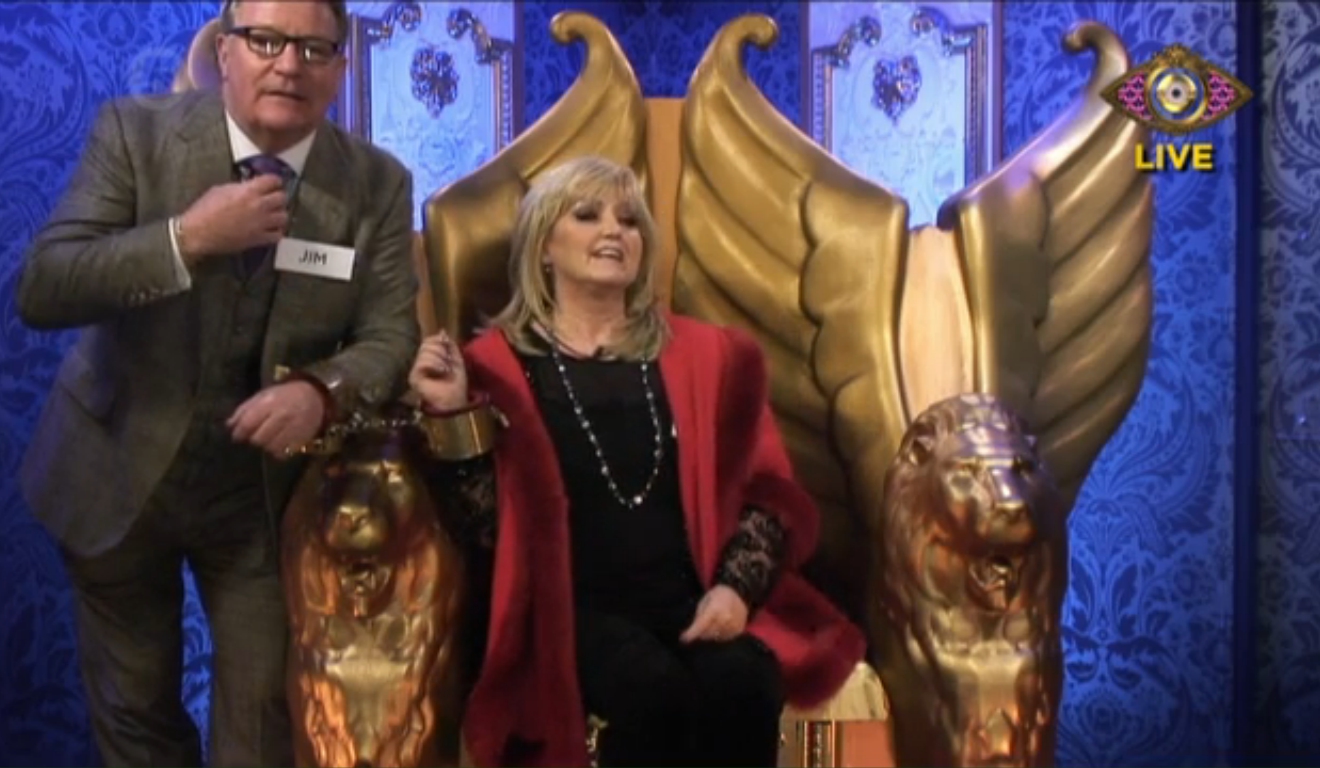 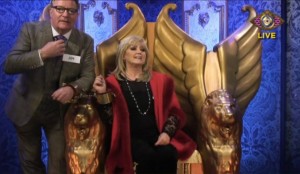 Earlier tonight, Jim Davidson and Linda Nolan were the first Housemates to enter the Big Brother House. As part of the big twist this series, the pair were handcuffed together – which happened to every pair of Housemates. The pairs are

The first pair to enter were Jim and Linda. Big Brother called the duo to the Diary Room and told them that they would have to make the first big decision of the series. They were told that they would have the chance to set one pair of Housemates free from the handcuffs. They could either choose a pair in the House or themselves.
Big Brother later called all the Housemates to the sofas and Jum and Linda to the diary room for them to make their decision. Big Brother revealed the twist to the entire House via the plasma screen in the Living Room. Big Brother gave Jim and Linda 30 seconds to decide. They chose Dappy and Liz. They took a key and freed the pair from the handcuffs allowing them to live as individuals in the House.

Big Brother later revealed that because Dappy and Liz were free, that they would face the first eviction on Wednesday night. They will face eviction together as a pair. On Monday another two pairs will join them as nominated Housemates.