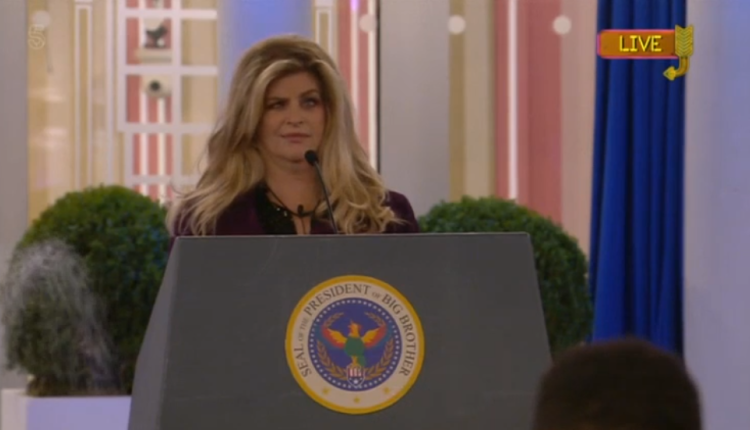 Celebrity Big Brother kicked off its latest series last night, with a twist to shake things up.

Kirstie Alley was the first housemate to enter the house, being called to the Diary Room soon after entering. Once in the Diary Room, Big Brother explained to Kirstie that she was now the president of the house. She was tasked with interviewing all of her fellow housemates as they entered without telling them she was president.

After all the housemates had entered, a poll was activated on the official Big Brother website – allowing the public to vote for their Vice President.

Big Brother gathered the Housemates to inform them of Kirstie’s appointment before moving into the garden to reveal the results of the poll. The public chose Ryan to become the Vice President of the House.

As the presidential team, the duo will live in their own White House in the garden and will have responsibilities and decisions to make over the next few days.