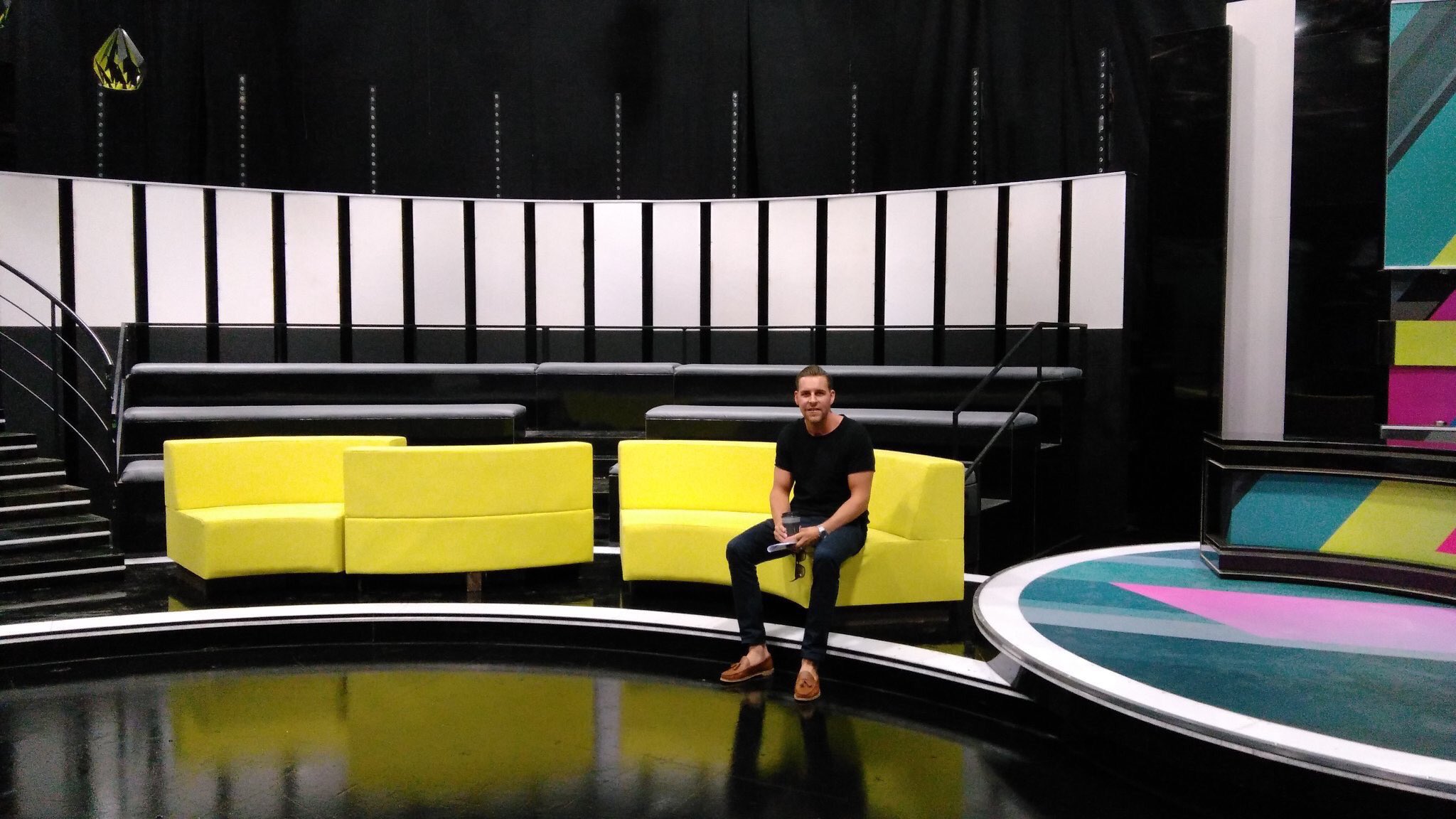 The ‘newly refurbished’ Big Brother’s Bit On The Side set has been revealed today ahead of tonight’s launch.

Earlier in the year, it was announced that the set would receive a huge overhaul to go along with the newly designed house, extension and eviction set. Rylan tweeted “New #BBBOTS set looking UH-MAZING!”

It was said to have received a whole new design with the set being twice the size than in previous years instead of the usual lick of paint. The new set fits in with the scheme of the newly decorated house which was revealed last week with a black and white audience area and a colourful panellist area. The set also includes eighteen screens behind the audience seating area which is where pictures of the housemates are placed, however it is not confirmed that eighteen housemates will enter the house on tonight’s launch.

Big Brother’s Bit on the Side returns tonight at 11:05pm following the live launch at 9PM on Channel 5.