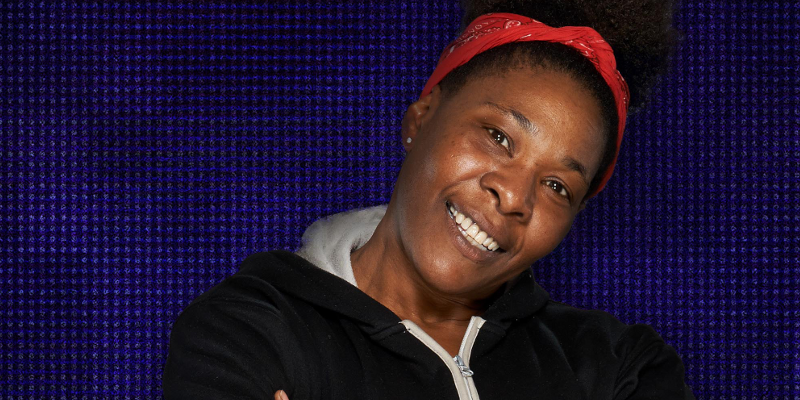 Earlier tonight, 10 brand new Housemates entered the Big Brother House. Last into the House was 49 year old dance teacher, Pauline. After she entered the House, a poll on the Official Big Brother App was opened and viewers voted for the Housemate they wanted to send on a power trip. That Housemate was Pauline.

Big Brother gathered the Housemates on the sofas to reveal the results of the poll, and Pauline was told she won the poll.

The power Housemate will have control over all of the House, and was told to access the power room using the key provided. Pauline was sent to the control room (Task Room). The other Housemates were told to go to the garden.

As the power Housemate, she was required to make a hard decision. Inside the control room, Iris was introduced to Pauline and told her that Iris controlled the entire House.

Big Brother then told Mark and Matthew to enter the two boxes in the garden. Big Brother told them that Pauline was given the power to reward and punished. As Mark was rewarded, he was given £5,000. As he was punished, Matthew has been excluded from the rest of the House for the first night in the House.

You can catch the highlights of the first night on the Big Brother House tomorrow night during the second live launch. Pauline will use her power yet again tomorrow to change the House forever.

Tomorrow during the second launch, six new Housemates will enter the House.

Day 1: No Suitcases for the Housemates, apart from Pauline