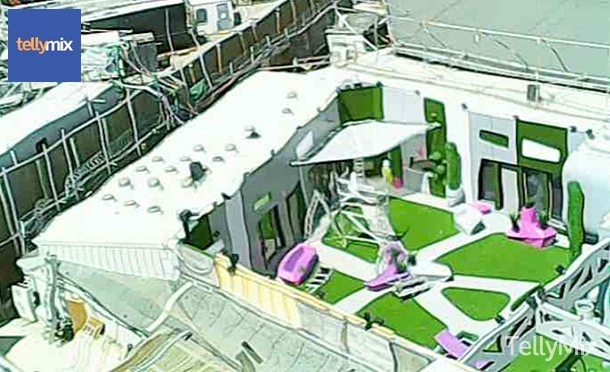 The Big Brother House is almost done, and these new aerial shots of the garden show that is is almost completed!

Earlier this month, we posted the first round of aerial shots of the brand new Big Brother House. Tonight, there are more pictures of the garden which is nearing completion – or has been completed. The house pictures are due for release soon, but if you can’t resist a sneaky look, go on to see the new aerial shots! 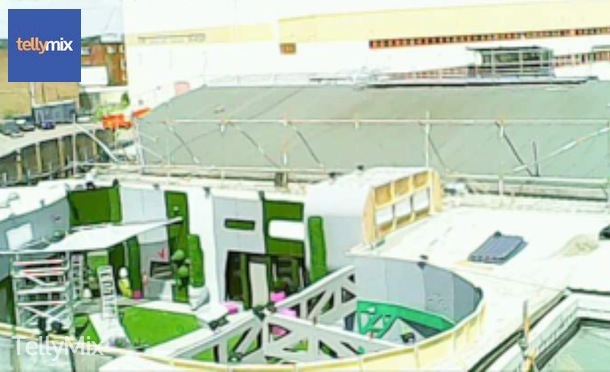 The garden looks very different to the garden seen in Secrets and Lies, and takes on a futuristic theme for the new series. The garden has a green and silver theme, with purple garden furniture. Above last year’s living area there is a new upstairs space which could replace the tree house seen in the last series, Secrets and Lies.

The garden is due to be completed very soon, with the test run Housemates expected to move in for producers to test the House to make sure there is no where to hide when the real Housemates move in on launch night. The House pictures will be released shortly before the live launch of Big Brother: Power Trip.

Day -10: Gogglebox’s Dominic and Stephanie to appear in CBB?