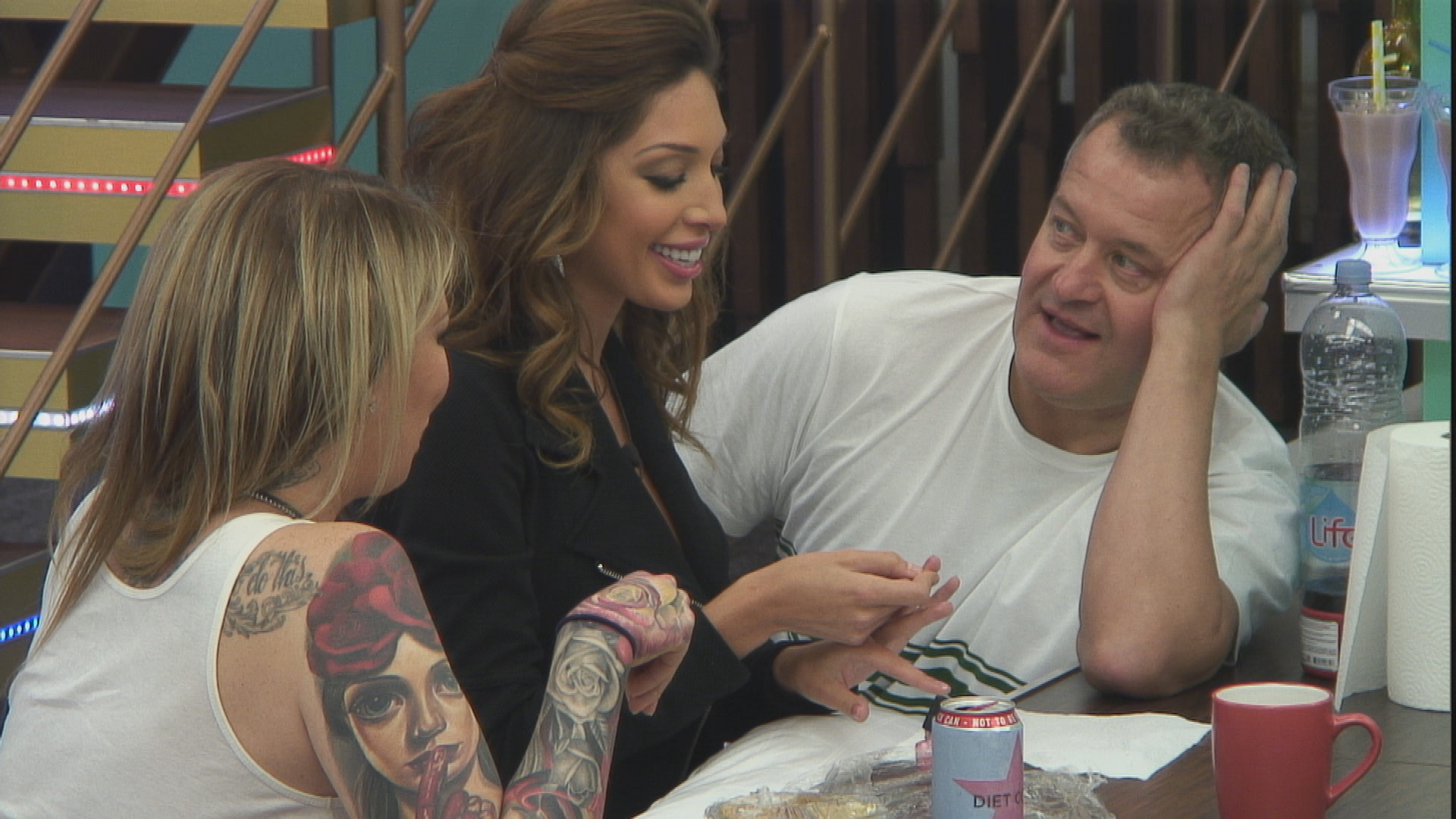 Farrah and the other Housemates have clashed following Daniel’s eviction.

During tonight’s highlights show, Farrah clashes with some of the other Housemates following Daniel’s eviction from the House, and from Team USA. Though the argument actually starts with Jenna.

Jenna is not happy with Austin for not taking Daniel’s eviction seriously enough and says: ‘I think it’s funny that you think it’s funny.’ She accuses him of losing his loyalty to team US and advises him: ‘Stick with the people you need to stick with in order to last.’

Farrah talks to Big Brother in the Diary Room. She says that it’s really sad that Daniel has left and that he was a great team player. She also comments that Austin is going ‘back and forth’ between the US and UK teams.

Bobby talks to Big Brother and says that team US are ‘spoiling for a fight’. He says that he feels sorry for Farrah as she seems to have a lot of issues and she keep trying to push people’s buttons but comments that she won’t be able to find his.

Jenna and Bobby have a disagreement and Farrah goes over to Bobby to ask what his problem is with Jenna. She loses her temper and starts shouting at him but he remains composed, even when she brings his wife into her tirade. He says: ‘You let yourself down sweetheart, I feel sorry for you.’