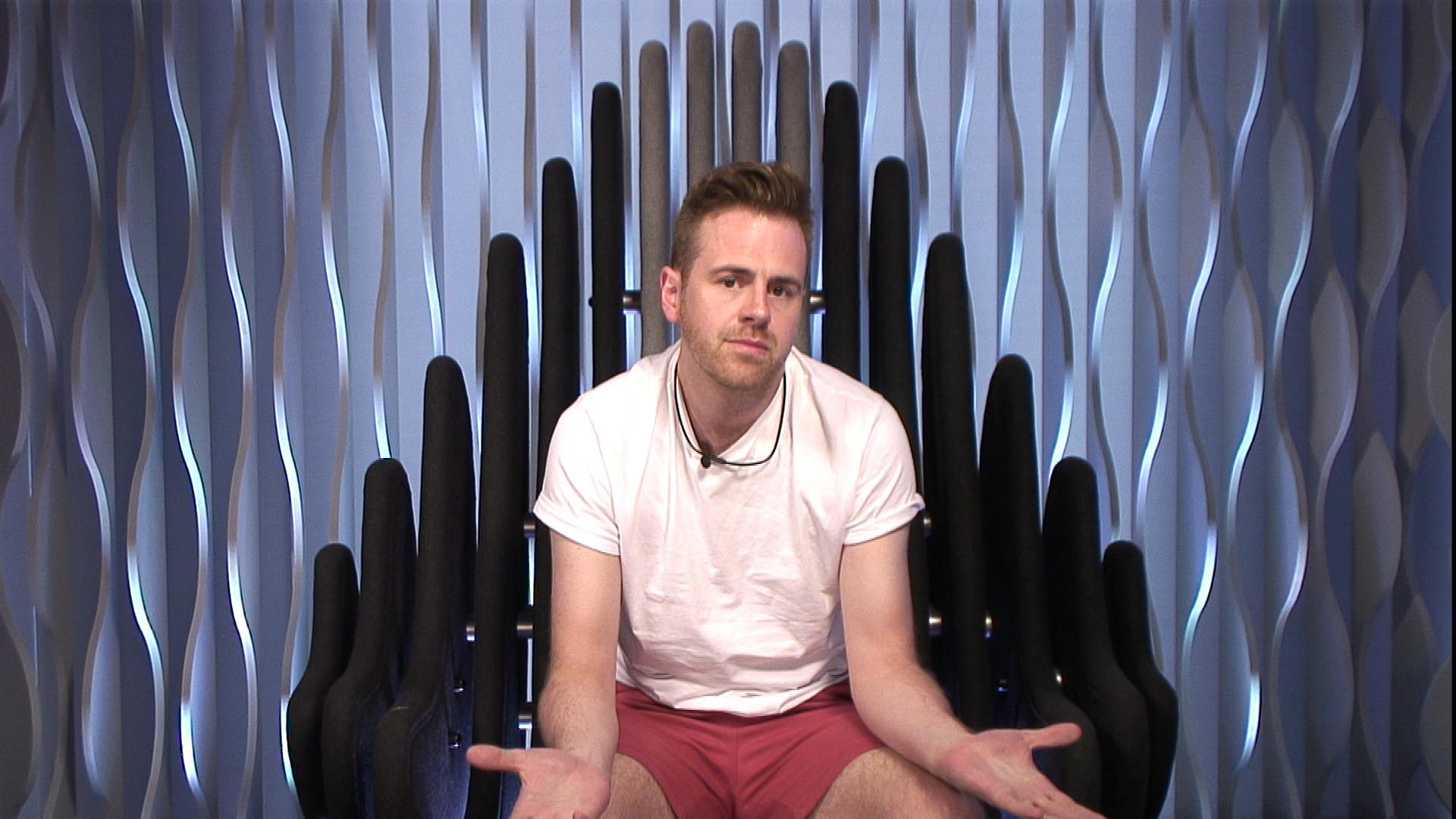 Housemates have nominated for the first time. Take a look at some of the nominations..

Yesterday, Big Brother announced that the Housemates would be nominating for the first time. They nominated in the Diary Room away from each other. Each Housemate was instructed to choose two people to nominate. Take your first look at who nominated who here…
One of Laura’s nominations is Georgina and her reasoning is: “I feel Georgina is quite a negative person, and even though it’s funny, we laugh at her resting bitch face and things…I feel when she said about me and Marco…I feel she went a bit overboard saying that I had less morals”

One of Jason’s nominations is Laura: “The getting together with Marco after a couple of days, they’re two adults and they can do whatever they want…If you’re touching each other explicitly in front of people after a short time, then sometimes you’ve just got to draw the line”

One of Evelyn’s nominations is Georgina. “She is a bit of a Debbie Downer”

One of Emma’s nominations is Marco. “He constantly turns everything back to himself”

One of Lateysha’s nominations is Marco. “I find him very much annoying and talks about himself way too much…If you’ve been to Tenerife he’s been to Elevenerife”

One of Georgina’s nominations is Emma. “She is my negative energy in here”

One of Marco’s nominations is Georgina.“She talks behind other people’s backs”

You can watch the full nomination process tonight on Channel 5 at 9pm, and find out who has been nominated for this week’s eviction.

Day 10: Chelsea denies his connection with Jayne outside the House