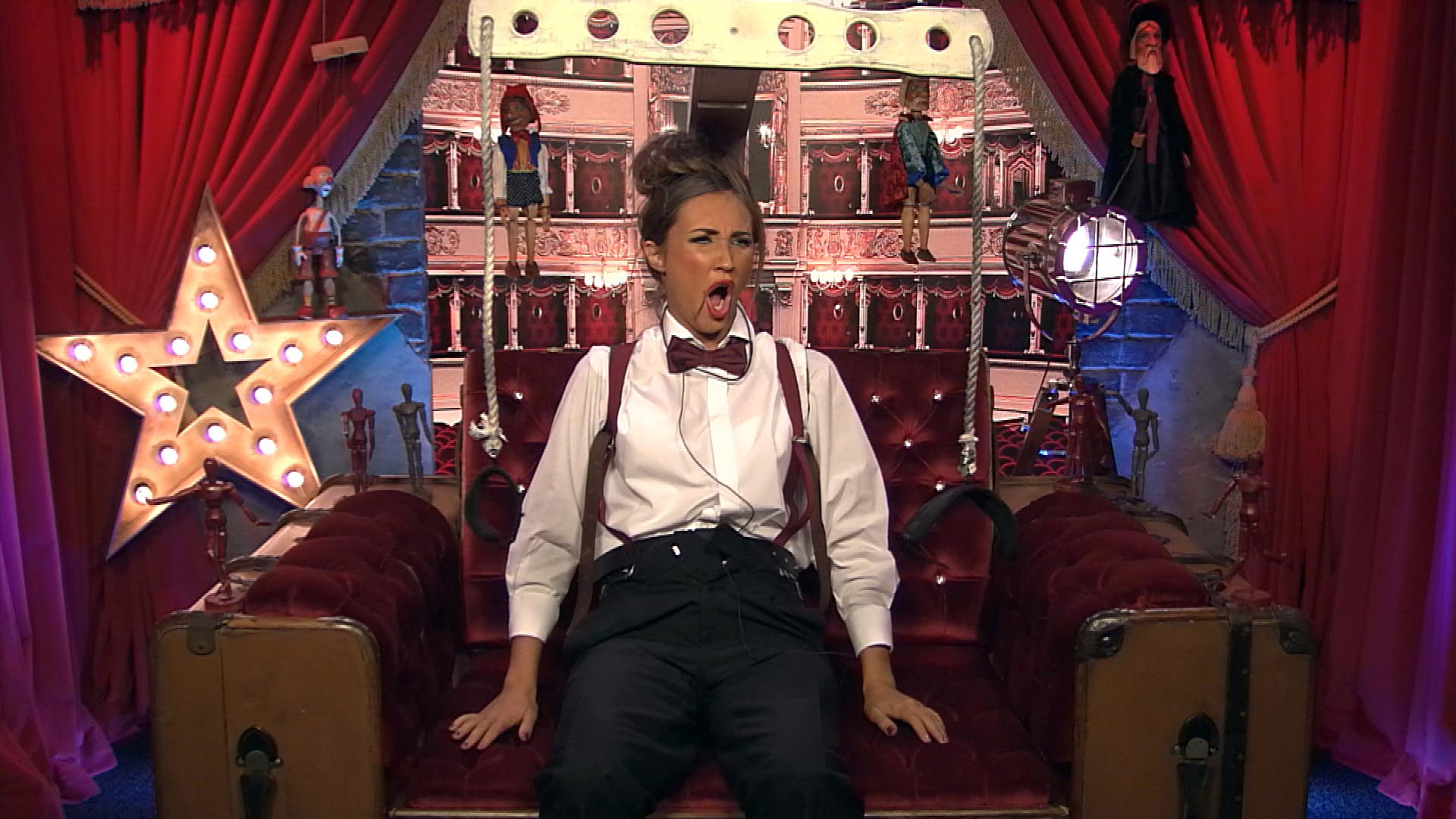 Security were forced to enter the House last night following a massive row between Megan, John and Tiffany.

In the bedroom, housemates are talking about cleanliness in the house. Megan confirms that she cleans her stuff up. John says it’s also the toilets and bathroom that need cleaning, and says that they are going to have a big house meeting about cleaning.

Megan turns angry, and explains she has ‘had a drink’ tonight, and says she cleans sh*t up and washes dishes in the house, “It angers me in here that people do jack sh*t!” She tells John he should speak to Stephanie directly to clear her sh*t up, rather than talking about it when she’s not around, Gemma agrees.

Some housemates try to calm Megan down, she shouts, “Tell her to clean her sh*t up, John! I’m the f*cking one telling the truth in here cos everyone’s so scared to f*cking telling truth apart from me. It’s always John ‘I’m the perfect one’. I f*cking respect people in here, John. I respect people but I’ve lost it in here with you!” A bemused John listens on.

From her bed, Tiffany starts to laugh at Megan; which causes Megan to shout at her, “I don’t know why you’re laughing Tiffany; he’s the one who wanted everyone to walk out of this house for you! I stood up for you!” Tiffany is annoyed at Megan’s ranting. Housemates try to defuse the argument. Big Brother calls Megan immediately to the bathroom to separate the housemates, as Stephanie is still in the diary room.

Tiffany shouts, “That girl can’t drink no more!” Danniella, Darren, Jeremy and Gemma take Megan to the bathroom. Megan goes onto say that ‘John is a lying sh*t’, “He stands there and acts like Mr Innocent, he’s a two-faced little c*nt!” Gemma agrees with her. In the bedroom, David tells John he handled the situation with Megan in the correct way, by not getting out of bed or rising to it. Kristina comments, “It’s like something possessed her.”

Big Brother asks Megan again to come to the diary room. Gemma tells Darren that she agrees with Megan and that he is getting pushed over by John. Scotty T tells Megan to calm down. She goes to the diary room shouting, “I’m not dealing with sh*t anymore, I’ve kept it in all f*cking day!”

In the diary room, Megan rants, “I’m sick of it! I’m sick of the fakeness! He’s a liar. He slates Tiffany to the ground. You know what, there’s a few people who agree with me.” In the bedroom, Tiffany and John are talking about how they noticed Gemma agreeing with Megan. In the garden, Gemma tells Darren that Megan hasn’t said anything wrong, and tells him not to act like a push over.

In the bedroom, housemates are in bed. Jeremy persuades Stephanie to come over to his bed, where it looks like they share a kiss under his bed covers. She then leaves his bed for her own. She announces to the bedroom, “I’m all alone!” Jeremy calls out, “Love you long time!” Stephanie replies the same.

Megan continues to rant about John and Tiffany in the diary room. Big Brother asks Megan to sit down, and Security is called to help calm her down.