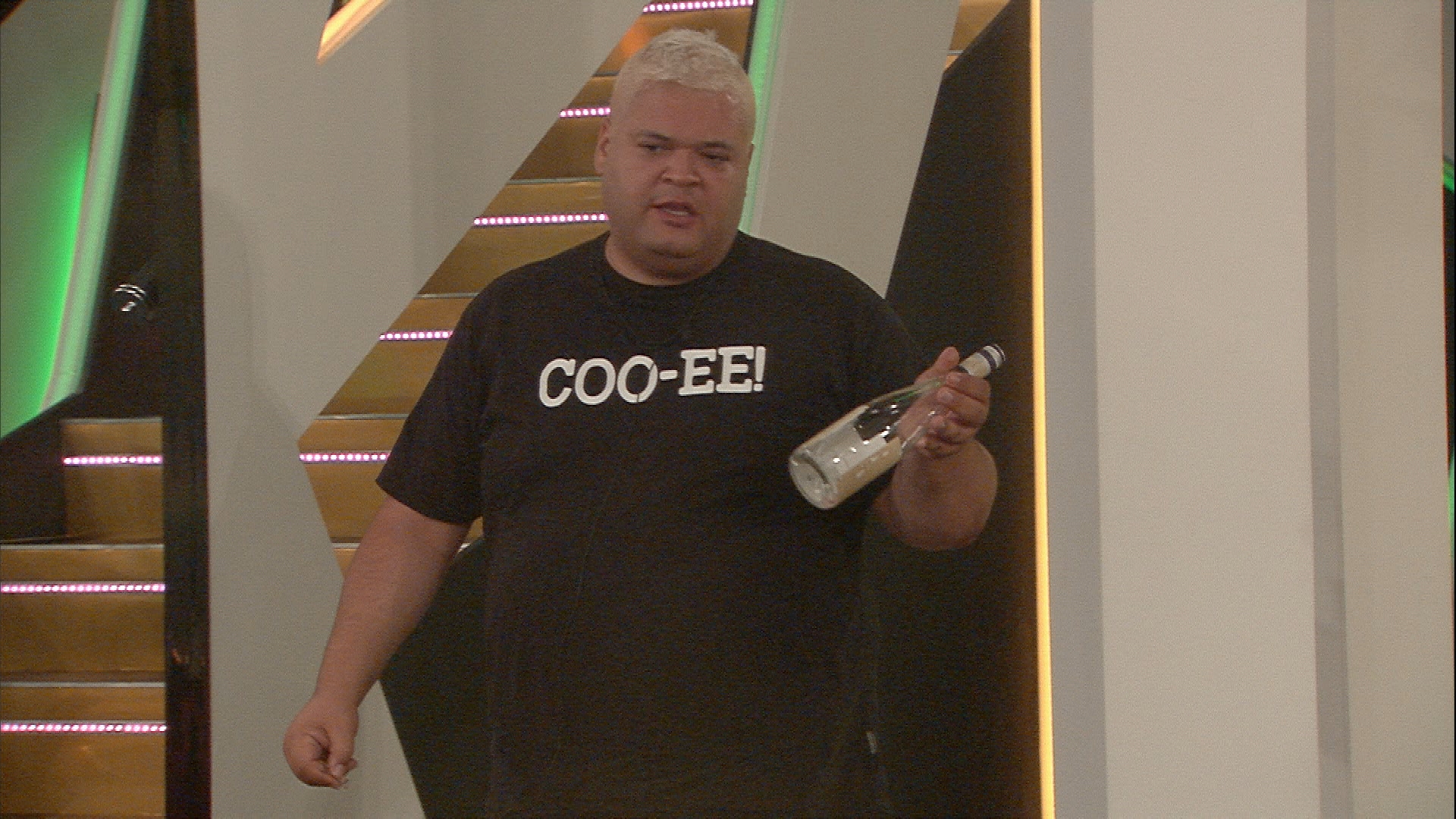 During tonight’s show, Bear makes a cocktail made of orange juice, apple juice, pineapple, cornflakes and coffee for a pool party. “I’ve made a cocktail…just a little bit for everyone…just a game, and I like pool party…It’s called the after party, yesterday was the party, today is the after party”

Later, Big Brother provides alcohol in the storeroom, Lewis hides some alcohol in in jeans and Marnie hides a bottle of wine in the storeroom. Bear, Marnie and Lewis pour wine and Heavy D feels left out. Lewis ends up giving Heavy D his wine but keeps all his beers and some hidden alcohol.

After the row, Heavy D talks to Big Brother in the Diary Room. “He’s been digging me out all night…maybe he feels threatened by my personality and my likeability”
Later on in the evening, Lewis talks to Big Brother about what’s happened. “He’s a wind up…he is a stupid geeza…I felt sorry for him…I wanted to show Marnie that I cared…and that I would at least stand up and confront the situation…I will not let another man stand there and say things to her that are just bullshit”