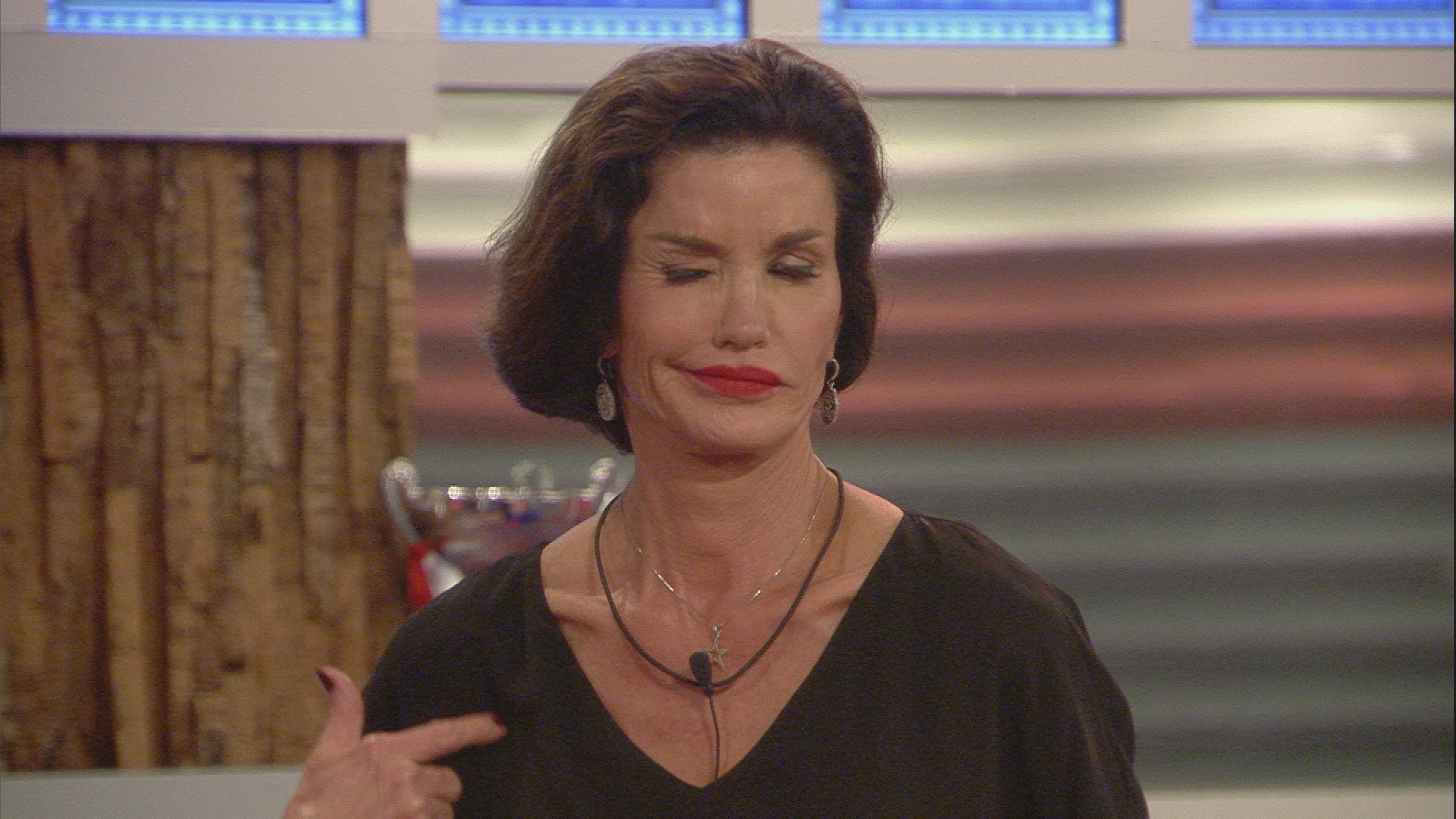 Big Brother has punished the Housemates after breaking the discussion of nominations rule.

During tonight’s highlights show, Big Brother announces a punishment to the House after it is revealed some have broken the rule regarding discussion of nominations.

Big Brother tells the Housemates yesterday a rule was broken when Janice, Chloe Jasmine and James discussed nominations. Footage of their rule breaking is played out and the whole house is punished with no hot water until further notice. Gail comments, “apparently it’s good for your skin.” Janice apologises, “I’m very sorry. I’m a f*cking asshole.”

Farrah washes her hair in the sink with hot water from the kettle. Janice makes the most of leftover bath water. Scoop has a cold shower.

In the Diary Room, Austin is talking about Janice, “she’s kinda a moot point now. She doesn’t exist for me…a fart in the wind…horrible thing to say…she’s been pretty nasty to everyone. I’m louder but she’s toxic. She doesn’t have any respect for anybody’s time, space, she does not give a sh*t…I’ve never met somebody who I can look in the eye and they do not give a shit…can’t teach an old dog new tricks and she is an old hound.”