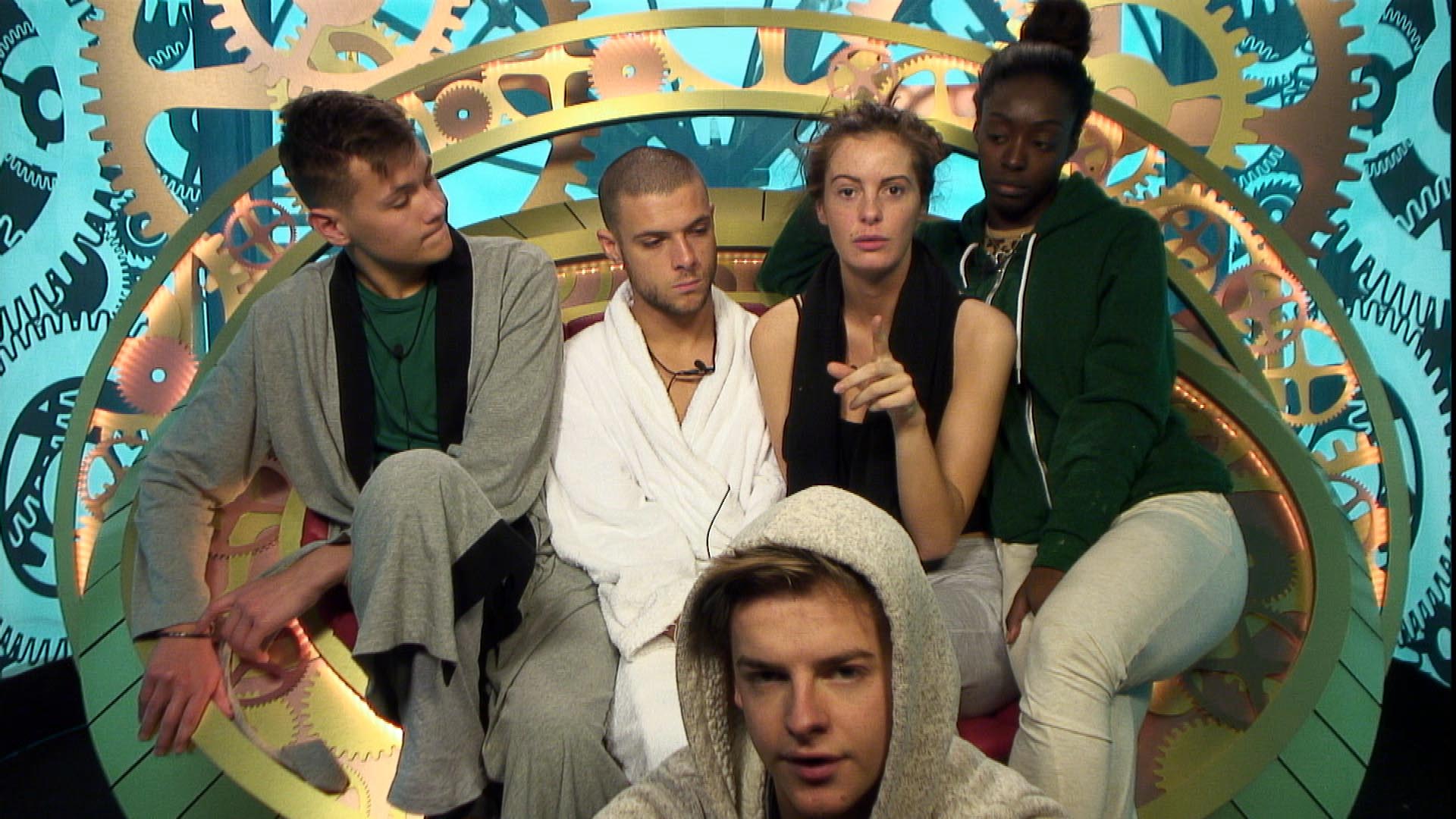 Day 11: Housemates take on each other in debate task

Housemates have taken part in a debate task, find out what happened here.

On tonight’s show, all the housemates are gathered for the next task. The task is a debate. The housemates are split into two teams and must decide which Housemate from the opposition falls into categories set by Big Brother. The categories are ‘Most Inconsiderate,’ ‘Most Boring,’ ‘Most Annoying’ and ‘Most Fake.’ The accused housemate must then defend themselves. Team A members are; Danny, Chloe, Eileen, Amy, Sally, Joel, Adjoa and Nick. Team B members are; Kieran, Jack, Jade, Cristian, Sarah, Aaron and Harriet

Amy represents Team A who has picked Cristian as ‘Most Inconsiderate’ as he recently ate a pancake from her plate. Cristian defends himself. Amy maintains her position. Jade represents Team B and picks Nick. She accuses him of drinking more than his fair share of alcohol and states he only got into bed with her for the task for his own reasons. Nick responds, “I don’t fancy you!”

Eileen represents Team A and picks Jade as the ‘Most Boring’ housemate. She says that Jade doesn’t socialise and also says that, “She doesn’t understand how hungry the rest of the group is. She looks bland about the delicious food.” Jade defends herself saying, “I do appreciate the food. I do feel awkward guilty.” Harriet also leaps to her defence. Danny, joins the conversation but when he begins to speak, Harriet talks over him. Danny tells Harriet to “shut up” which causes an argument between the pair. She goes into the bedroom with Aaron to try to calm down. She is very upset. After a few minutes, she rejoins the group. Jack represents Team B who has picked Adjoa as ‘Most Boring’ stating that she doesn’t join in with the group and “She has a negative attitude.” Adjoa disagrees.

Adjoa then represents Team A who pick Kieran as the ‘Most Annoying’ saying that he is very loud and interrupts people’s private conversation. She says that he, “Always has to be better than everyone else.” Sarah says that the points are getting personal, which causes the twins to start arguing with her. Cristian represents Team B who has decided Joel is ‘Most Annoying’. They say that he needs to stop pestering Sally as she’s clearly disinterested. Sally starts to defend Joel but Amy shouts over the top of her and is very upset about the subject saying, “She’s got a boyfriend! Are you all f*****g stupid!” Joel responds to the category by saying that, “It’s just a bit of banter.”

Joel represents Team A who has decided that Aaron is the ‘Most Fake’ saying that he “called Amy a two-faced bitch but you’ve been very nice to her,” and that he is using Jack’s popularity with the public to gain airtime. Sarah is surprised at how personal the task has become, adding “people are saying such nasty things for a hot meal.” The housemates start talking over each other again. Harriet shouts, “everyone shut up! Look what it’s doing to us all.” Sarah represents Team B saying that they have picked Danny for ‘Most Fake’ based on appearance saying he spends a long time grooming himself. Danny laughs saying it is all true.

Team B wins the task overall.

You can catch this task during tonight’s eviction show on Channel 5.

Day 11: Eviction Looms But Who Will Be Evicted?