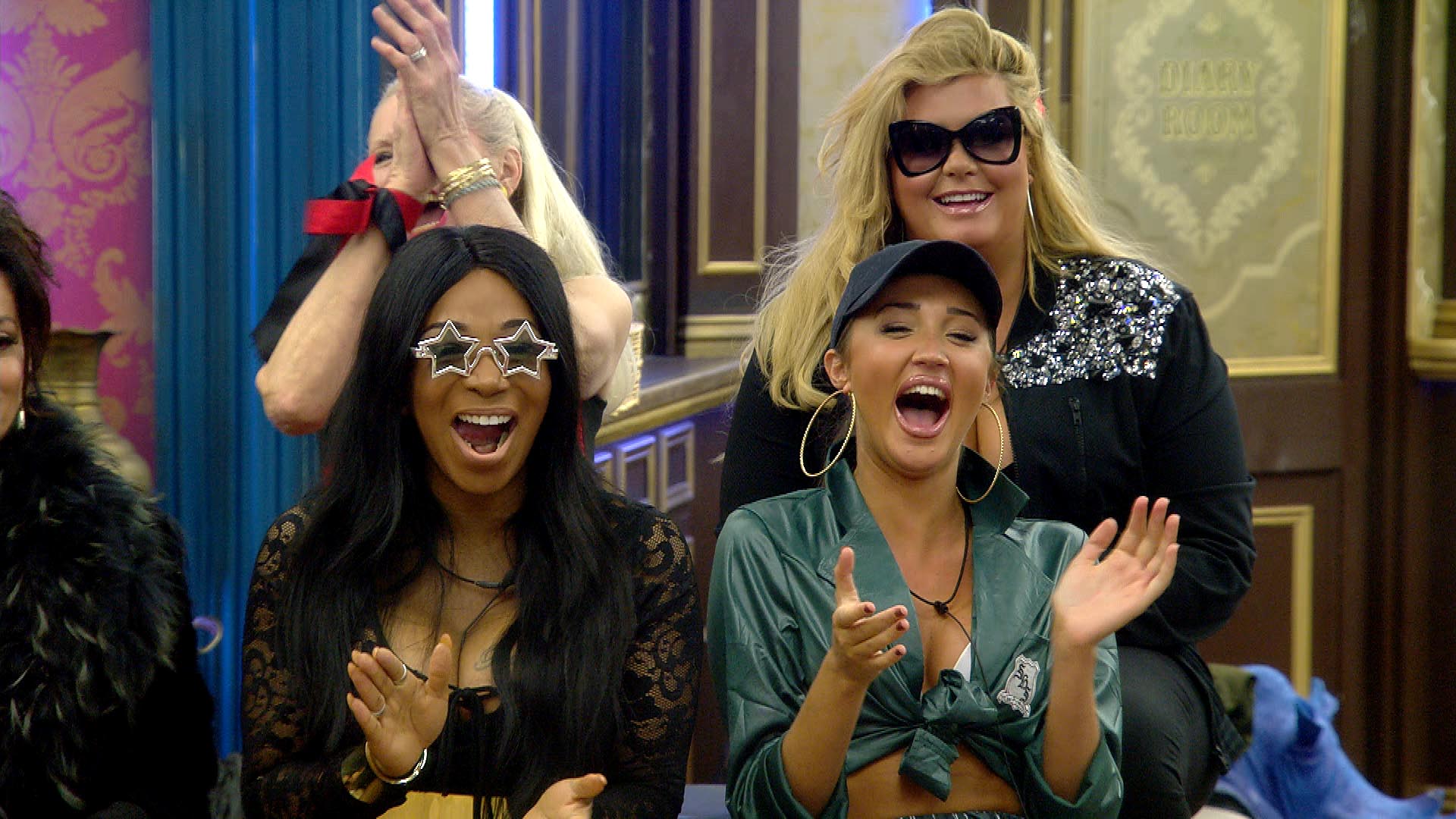 Lip Sync Battle has arrived in the Big Brother House as part of the latest task!

During tonight’s highlights, housemates will perform in a lip sync battle. The judges are Kristina, Scotty T, Danniella and David.

First up are Christopher and John performing Cheryl Fernandez-Versini’s Call My Name. Scotty T tells them, “I could watch that all day” and Kristina says “boys, you made Cheryl proud.” John is declared the winner of the battle.

Jeremy and Stephanie battle it out over Dizzee Rascal’s Bonkers. David tells Stephanie, “your dance moves were absolutely fantastic, you really nailed it” before hailing her the winner.

Next Darren takes on Tiffany, lip syncing to Rita Ora’s Hot Right Now. Kristina says “that booty shake Tiffany, I’m so jealous” and Scotty T adds “Tiffany that ass girl! You need to get that out a bit more. That is amazing.” Darren wins.

Nancy then takes on Angie with a rendition of Adele’s Hello. Danniella tells Nancy “you were sexy” and then Scotty T follows up with “I nearly passed out there. If you can do that without champagne, then God knows what you’re like when you’ve got champagne.” Nancy is named the winner.

Last up, with Craig David’s Rewind, is Gemma against Megan. Kristina tells Megan “you look hot as hell” and Scotty T says “Megan keep flashing that bum.” Gemma is the winner.

Some of the housemates are in the garden discussing tonight’s lip sync task. Angie says “we needed some fun,” but Gemma thinks that John pulled a face when Megan and her took to the stage and mentioned Essex. Gemma asks “is that being catty or what?” but Scotty T says, “let’s not spoil a good afternoon.” David adds “come on, tonight let’s not go there.” Gemma would “rather voice it than keep it in.”

Day 11: Housemates discuss the explosive argument between Megan and John