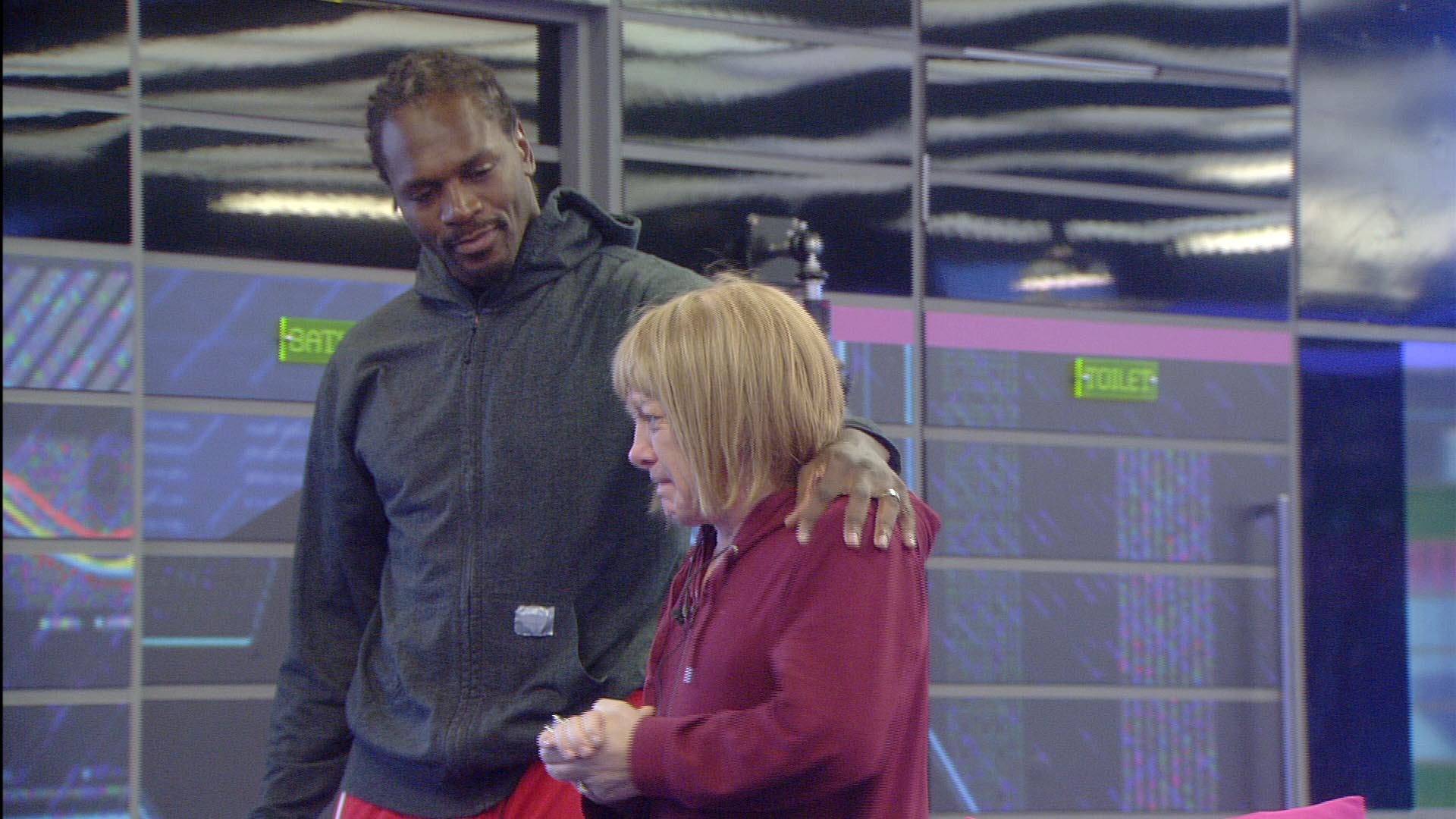 Tonight, highlights from yesterday show Audley talking to Kellie over their disagreement following face to face nominations on Wednesday, which resulted in Audley being given a warning in the Diary Room.

The discussion starts as Kellie talks to James and George about her disagreement with Audley. Kellie says that she asked to leave again last night. James asks her why she would do that.

Kellie said that she should have been told that Audley had a ‘phobia about trans-people.’

‘I don’t think that is the case babe.’replies James.

‘I was Audley’s biggest enemy in the outside world; I set out to bring him down totally in boxing. Audley tolerates me, he doesn’t accept me.’

Later on, Audley asks Kellie if they can have a chat after the pair failed to resolve the argument the night before. Kellie told him that she thought Audley was a man and that she would have preferred Audley to tell her straight away that she made him feel uncomfortable. Audley explained again that he needs more time to adjust as he has known Kellie as Frank for so long. Audley ends by saying: ‘If you can’t get past it, you can’t get past it.’