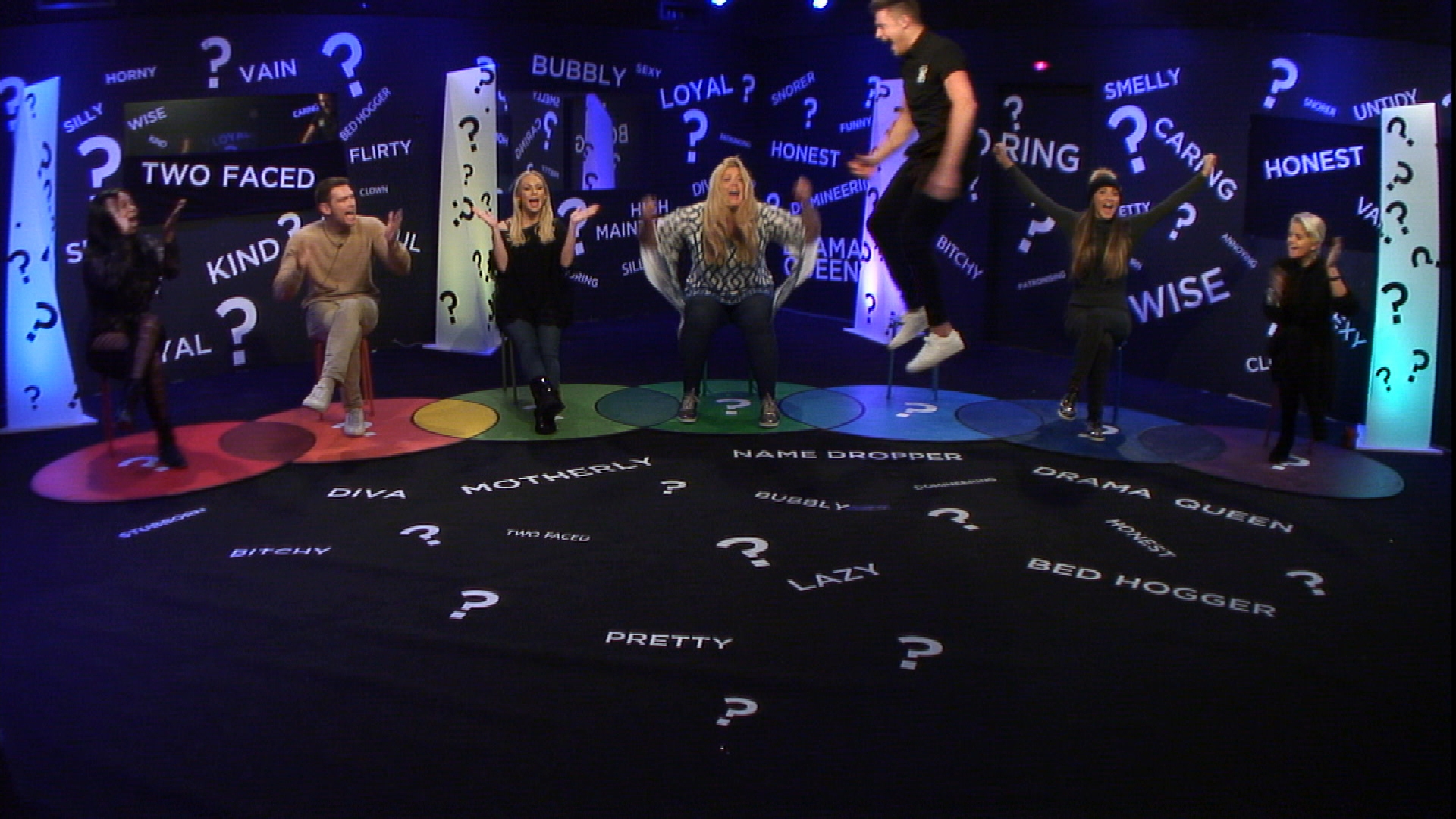 Housemates have taken part in a personality traits task

For today’s task, housemates will compete in two teams trying to identify housemates by their personality traits. Housemates in the task room will sit down if the trait does not apply to them, before guessing which housemate is in the photograph.

First up is Danniella’s team, made up of Tiffany, John, Kristina, Gemma, Scotty T and Megan.

When asked if the housemate in the photograph is lazy, Gemma takes offence when her team suggest it could be her, “I’m not lazy, I run two businesses, I work like a dog.” Scotty T tries to explain what he meant, but Gemma continues “you can’t do f*ck all in this house because everyone’s sh*tting a brick to rush and do it because they think that’s what people like to see.” She then says, “they’re gonna use all of this, they love it, I’m the most dramatic person in this house giving them entertainment.”

Gemma then gets upset and walks away from the rest of her team, saying “get me out of here, I hate playing games” and “it bores the sh*t out of me, I’ve got to concentrate.” Danniella comforts Gemma and persuades her to carry on. Stephanie, watching on a TV screen with the other team, comments “that’s not normal.”

Darren’s team – Jeremy, Stephanie, Angie, Christopher and Nancy – are in the task room trying to guess the next photo, which is of Stephanie. Darren’s team incorrectly guess Christopher. Stephanie disagrees with the personality traits that were described about her, saying “I’ll tell you who does sleep in bed all day and it’s certainly not me.” Watching on a TV screen in the other room, Danniella thinks Stephanie’s snipe is about her and makes a pointed comment referring to Stephanie, suggesting how she will be coming out to her boyfriend but Stephanie may not.

The task ends and Big Brother announces that Danniella’s team has won and will receive a reward later this afternoon.

Day 12: Gemma on John: You seem like the biggest game player in this house”