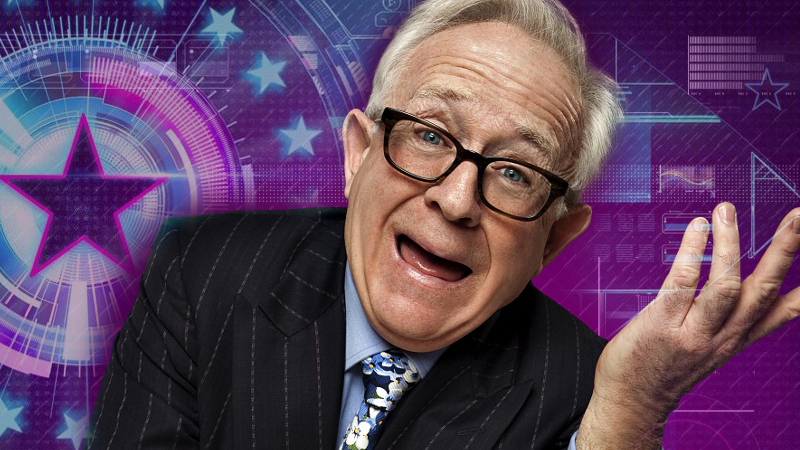 On Wednesday, Housemates listened on as Emma Willis announced that David had become the first Housemate to be evicted from the House. They were then thrown into chaos as Big Brother announced that the group would be taking part in the first round of nominations – face to face.

Former Star of the Show Leslie left the Celebrity Big Brother House to cheers from the audience.

During his interview Emma remarked that he had “such a droopy lip” because he was evicted. Leslie suggests that it was more entertaining for the audience when he was “on my worst behaviour” joking that his 81 year old mother would probably fly over to tell him off.

Leslie said that he “was surprised” that Audley nominated him, joking about their height difference, “Do you even know I’m down here?!” He went on to say that he was “called out for eating too much” and admitted that it “never crossed my mind that I couldn’t eat what I want”, admitting he took it on board and was calmer…which didn’t work out for him!

When asked about his experience in the House, Leslie admitted “I was so naïve” and that he was advised to watch the show before going in. “I thought I was going to come in and it was going to be an endless cocktail party” he said, but goes on to describe it as like a “boot camp”

After being shown footage of him losing his temper in the House, a visibly shocked Leslie said, “That’s so hard, I could weep…that’s not me…That’s a sad little man to me” Emma suggests that it was an adjustment period and he admitted that his life is very different on the outside world, with lots of red carpet events and slapping on the back, “I couldn’t even go into the Pod without someone irritating me” he added.

Emma goes on to ask about his relationship with Frenchy and Leslie admitted “There were a lot of rituals” with her. He then goes on to discuss the time Frenchy “stomped all our food” and joked, “Little fatty likes his food!” He then said that he said “horrible things” to Frenchy but “gives her an A for effort” for trying to be nicer.

The conversation moved onto his frustrations with Gary and Leslie said “Gary, I adore now” but admitted “He’s very difficult…but another A for effort” He added that “We had real problems with his hygiene” and suggests that he must be used to someone telling him when to clean. Leslie goes on to recount his argument about CGI, likening it to “the playground”