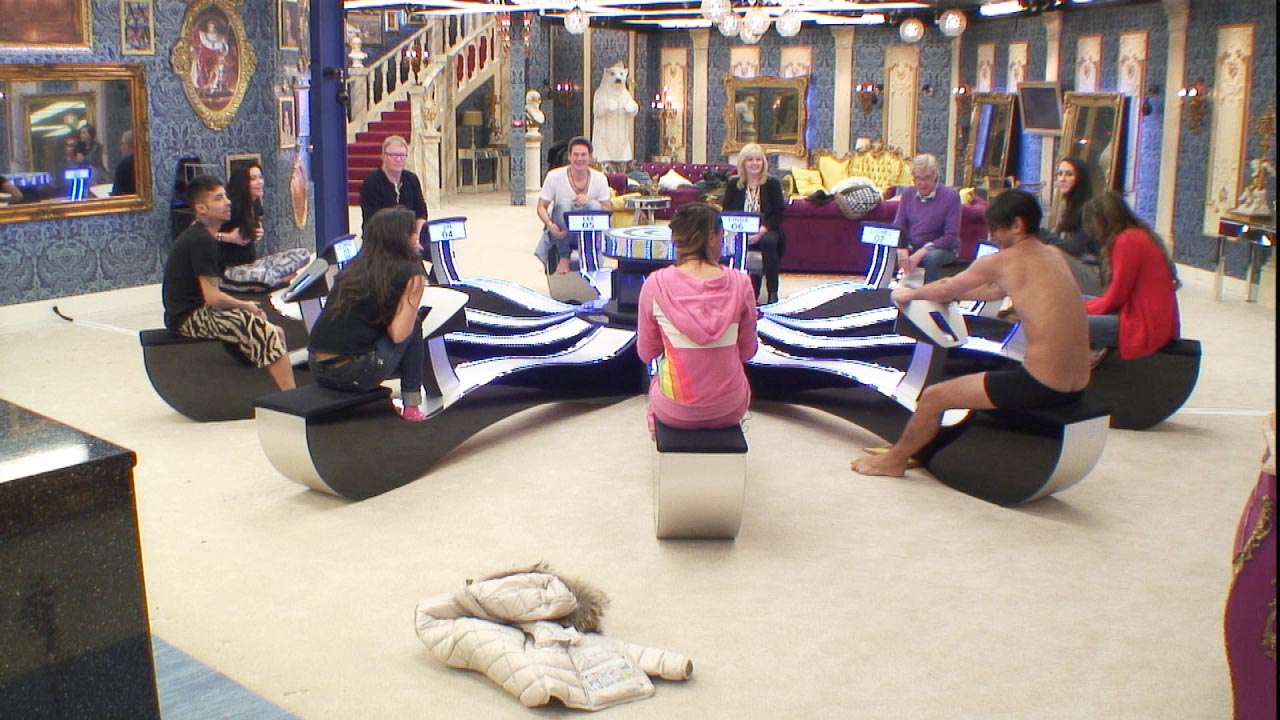 Today, the Democracy Shopping Task continues – with Housemates still believing they are controlling group decisions together by voting secretly using personal keypads which are set up at a large Voting Station in the Living Area. What the Housemates don’t know is that only Jim’s vote counts. Jim must keep his role as Big Brother’s Decider a secret until the conclusion of the task.

Today:
Would Housemates rather stay up or go back to bed?

Who would Housemates like to send directly to jail?

Which Housemate Is The Least Popular With Viewers?

After the final vote, all the Housemates will be gathered, and it will be revealed that throughout the task only ONE voting pad had been active and that one Housemate has secretly been making all the decisions. Big Brother will then reveal the final twist and if the housemates pass they will receive a luxury shopping budget. It they fail they will live on basic rations for the next week.

On the first day of the Democracy Shopping Task, Housemates were lead to believe that they are now voting for the outcome of various dilemmas as a Democracy. However, Jim was secretly informed that he is Big Brother’s Decider. His votes, and his votes alone, decide the result of every dilemma the Housemates face.

For each of the hits on Day 1, the results were as follows:

Would Housemates prefer to live to on bland grey slop or hot spicy curry?
Jim chose to live on Bland Grey Slop. All other Housemates had voted to live on Hot Spicy Curry.