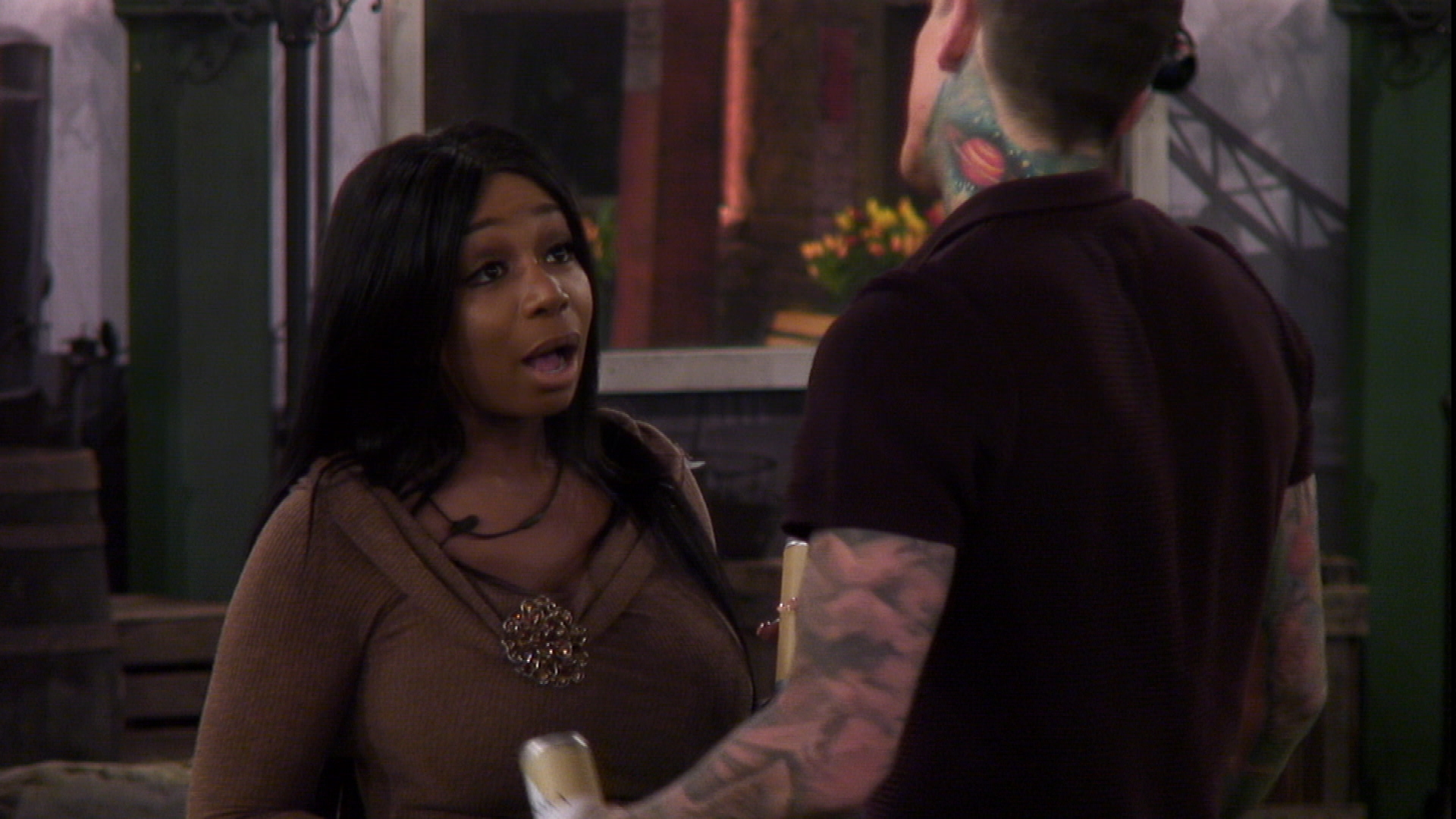 Killer Nominations have caused tension in the House..

Big Brother asks the housemates saved by the public vote to stand in front of everyone else and informs them that they must make killer nominations. Angie picks Kristina, Gemma picks John, Jeremy picks Tiffany and Stephanie picks Danniella.

Jeremy is explaining to Tiffany why he nominated her. She tells him, “you definitely do not have to apologise anymore, because I’m not a coward. Only a coward would make you feel bad about what you decided.” Jeremy asks for a hug, but Tiffany declines “in a little while.”

Danniella shares with Gemma that she thinks the reason that Stephanie nominated her is because of her earlier comments about her boyfriend. Gemma says, “her boyfriend ain’t gonna be with her, she’s dreaming mate.”

Scotty T offers Jeremy some friendly advice about Stephanie, “you’ve been different the past four days, you’ve not been you mate” and that he doesn’t need to “graft.” Jeremy disagrees, “I’m not grafting, I’m gravitating.” Scotty T mocks him, “you’re cuddling her every f*cking ten minutes.” Danniella chips in, “don’t cry wolf in the Diary Room about your boyfriend every ten minutes and then come out and be holding your hand and jumping in bed with you.”

Tiffany is in the Diary Room talking about Jeremy’s decision to nominate her. She tells Big Brother, “going forward I know that I want absolutely nothing to do with Jeremy. He had the nerve to ask me for a hug after giving me his whole spiel on why he picked me and I told him no, not right now. He’s made an enemy in the house. I’m not ready to go home.”

Danniella, John, Kristina and Tiffany are in the kitchen discussing being up for eviction on Tuesday.

Megan tells Big Brother that tonight’s killer nominations have “obviously caused a bit of awkwardness between Steph and Danniella” which is “really hard” for her. Commenting on the boos that John received during the eviction earlier, “mate he’s gutted.”

John is in the Diary Room talking to Big Brother. He says, “apparently I’m the baddest b*tch in the house.” Asked about how he feels that Gemma nominated him, “she doesn’t like me and she makes no bones about it, so it’s not like I’m shocked about it.” He goes on to say, “Gemma has said herself, she’s one person when she’s being real and she’s one person for the camera. The Gemma for the camera I kind of have a problem with. I said to her, I never know who to trust. I think Gemma’s gone around and said various things about me.”