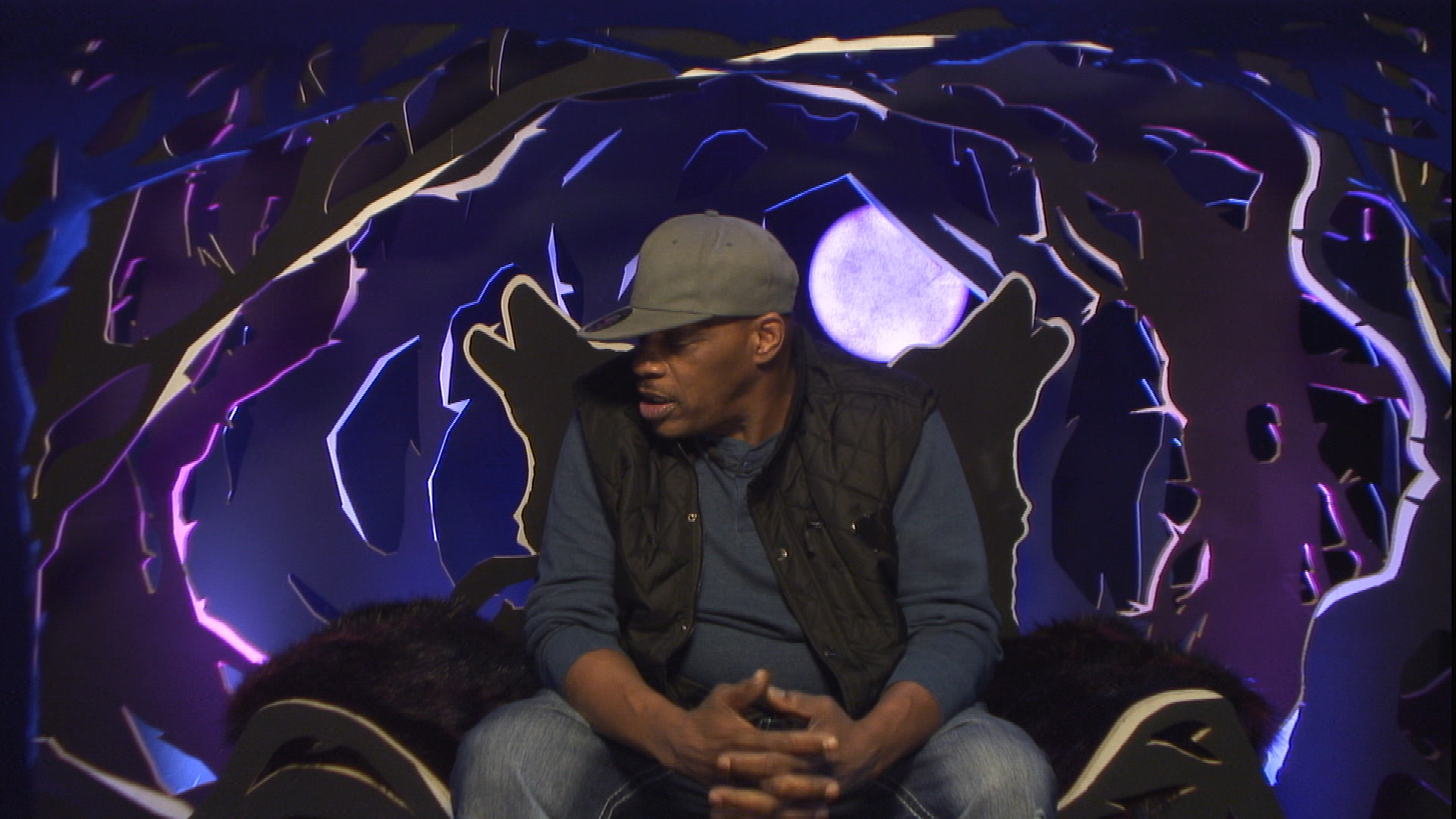 Day 13: Alexander interviewed by Emma after walking from CBB

Alexander O’Neal gave the first interview since leaving the House on Bit on the Side tonight. Find out what he said:

Emma started the interview by saying to Alexander that when they met at the start of the process, Alexander hadn’t seen much of Big Brother, she then asked if it was what he expected. He replied that it was ‘an experience!’

Emma then said that it has been an extra stressful series and asked Alexander how he got to the stage where he wanted to leave the house. Alexander replied: ‘The stress became unbearable.’ He went on to say that he realised the Perez problem wasn’t going to go away. He said: ‘I did it for myself and for my Housemates.’ He added that he didn’t think that two Housemates should stop the other Housemates from having a positive experience.

Emma then told Alexander that it was a shame he left as the Housemates loved him and when he had his spat with Perez, all of the house sided with him. To this, Alexander said: ‘Perez is gonna be Perez and do what he gonna do.’ He added that you need to ‘keep your guard up’ with Perez so you don’t get sucked into his drama.

Emma commented that a lot of the Housemate said to just ignore Perez and she asked Alexander if that was difficult to do. Alexander replied: ‘He taunts you.’ He added that he knows his motives for his behaviour, that if he ‘cuts the house down’ then he has more chance of winning.

Emma then commented that there is nowhere to hide in the house and Alexander agreed saying: ‘No, not really.’ He added that it was hard to find quiet time.

Emma stated that the show the public sees is very tense and then asked Alexander if it’s like that constantly. Alexander said: ‘No not constantly, living with 11 or 12 Housemates, you’re bound to have moments, everyone has them.’

Emma said to Alexander that he had made good friends in the house, particularly Patsy and Kavana. Alexander said that he and Patsy had ‘gravitated towards each other’ and said he and Kavana had singing and smoking in common but added: ‘The person I had most respect for was Katie’ (Hopkins).
Emma remarked that Katie Hopkins did seem very upset after Alexander’s row with Perez and Alexander said: ‘I knew she would take that stance, we’d come so far.’ He added that the public don’t know her and he remarked that she had become ‘cocooned’ by her profession. Alexander went on to call her ‘a very kind woman’ and ‘a lovely lady’.

Continuing to talk about Katie Hopkins, Alexander said that he had spoken to her before he made his decision to leave the house to ‘let her know exactly how I felt about her’. He added that Katie’s ‘defences had been lowered’ and that he didn’t know she was ‘that fragile’.

Emma then asked Alexander if he had any regrets about his time in the house and he replied: ‘I’ve had my moments, for the most part it was a great experience.’ He added that the challenge for him was not Big Brother or the other Housemates but ‘Alex versus Alex’. Alexander said that he ‘tried to stay the course the best I could’ and stay focused on his purpose.

Emma told Alexander that he may not have stayed for as long as he would have like but had been a lovely Housemate. Alexander said: ‘I’m grateful to Big Brother for giving me the opportunity to be part of something like this.’

Emma then asked him if he would recommend Big Brother and Alexander replied: ‘Maybe to some enemies.’

Emma asked Alexander if Katie price entering the house had changed it and he replied: ‘Definitely, it changed everything.’ Asked if the mood in the house had changed after Katie Price’s arrival he said: ‘Yeah for several reasons. She’s lovely, I’m feeling her but she came in and held court quick!’ he then called her the ‘queen bee’. He added; ‘Even with her fame and notoriety, she is so down to earth, I was honoured to be in her presence.’ He then said that they had talked about recording together.

Emma commented that there are some very strong women in the house and Alexander agreed, saying that they go ‘straight for the jugular’. He went on to say: ‘I don’t stereotype women, I take people on a one to one basis.’ He also said that he had learned a lot about the music industry from women like Patti LaBelle and Gladys Knight.

Emma further asked him what he had learned from women and Alexander said: ‘Women have a right to be individuals and make their own decisions.’ Alexander also said that ‘having the opportunity to see the soft side’ of Katie Hopkins was a ‘real joy’.

Emma then asked Alexander who he would like to win and he said: ‘Calum’. He said that the pair had shared a lot of ‘private time’ together and that their relationship had ‘started from a place of trust’. He added that he loved Calum’s dad, the late George Best. Alexander said that Calum helped him during some ‘turbulent situations’ in the house and that in the end the other Housemates just didn’t ‘deserve the pressure.’