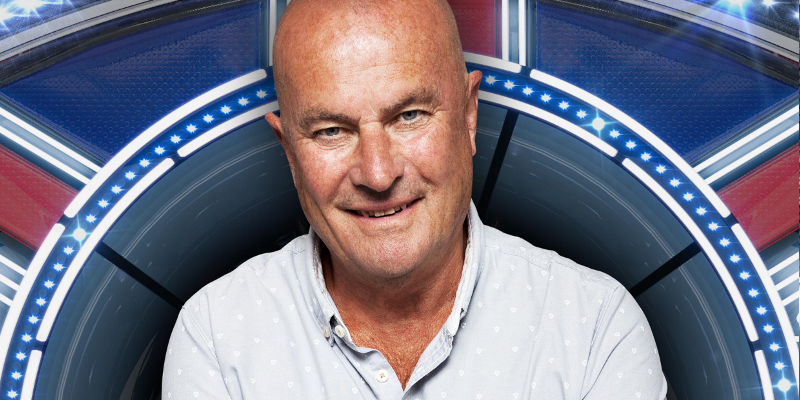 For the past 48 hours, viewers have been voting to save BOBBY, CHRIS, GAIL or STEVI & CHLOE JASMINE. Tonight (Tuesday 8 September), during the LIVE 9pm Channel 5 programme, EMMA WILLIS announced to the house that as CHRIS received the fewest votes, he became the SECOND Housemate to be evicted from the Celebrity Big Brother House.

On hearing the news, Chris said, “see you later mate” before hugging the remaining Housemates.

In his post eviction interview with Emma, Chris admitted he was slightly relieved to be leaving, revealing, “I just got fed up with it. It’s so mad in there. I thought I was losing my sanity…”

On the arguments that took place in the house, he said, “I didn’t actually get involved with any of it. Our American cousins are just very loud…they just talk over you, dominate every conversation…”

When asked how he felt about receiving Scoop’s ‘killer nomination,’ he said, “I understood it. He thought I probably wasn’t doing enough. I’m not a games player…”

Chris revealed his thoughts on his performance as one of this series’ Housemates: “I’ve wanted to do my best in here and I did…you cannot sleep at night because they all bloody well snore…so that was really difficult because you were getting sleep deprivation…”

Summarising his experience on Celebrity Big Brother, he said, “it’s very intense…I’ve enjoyed my time…it’s time for peace and quiet.”

Chris gave his thoughts on some of his Housemates:

On Farrah, he said, “I don’t really know her. I don’t know anything about her. She kept kicking off at people. I don’t know why…I never spoke to her, I just ignored her. I said don’t come near me.”

On Jenna: “they [Farrah and Jenna] needed each other. Jenna is a very nice girl but she was locked in with Farrah.”

On Team UK, he said, “there were a lot of us. Us Brits stuck together…I think they’re coping fine…we’ve all got each other. [We’re] quieter…we’re British, darling…it’s been quite quiet and funny. We’ve had some nice times. Bobby kept me amused….we also had Austin. He’s more like one of us. He lives in Huddersfield and he loves Britain and everything British.”

He commented that Austin and James, “the brothers – they were really against each other.”

When asked about why the ‘red wine situation’ wound him up so much, Chris said, “I like my red wine but got p’d off that we got crappy Beaujolais while Jenna got this lovely red wine blessed by the Rabbi. Why can’t we all be blessed by the Rabbi and have nice red wine…we didn’t get any decent wine…last night I didn’t touch the red wine. I had a gin and tonic instead.”