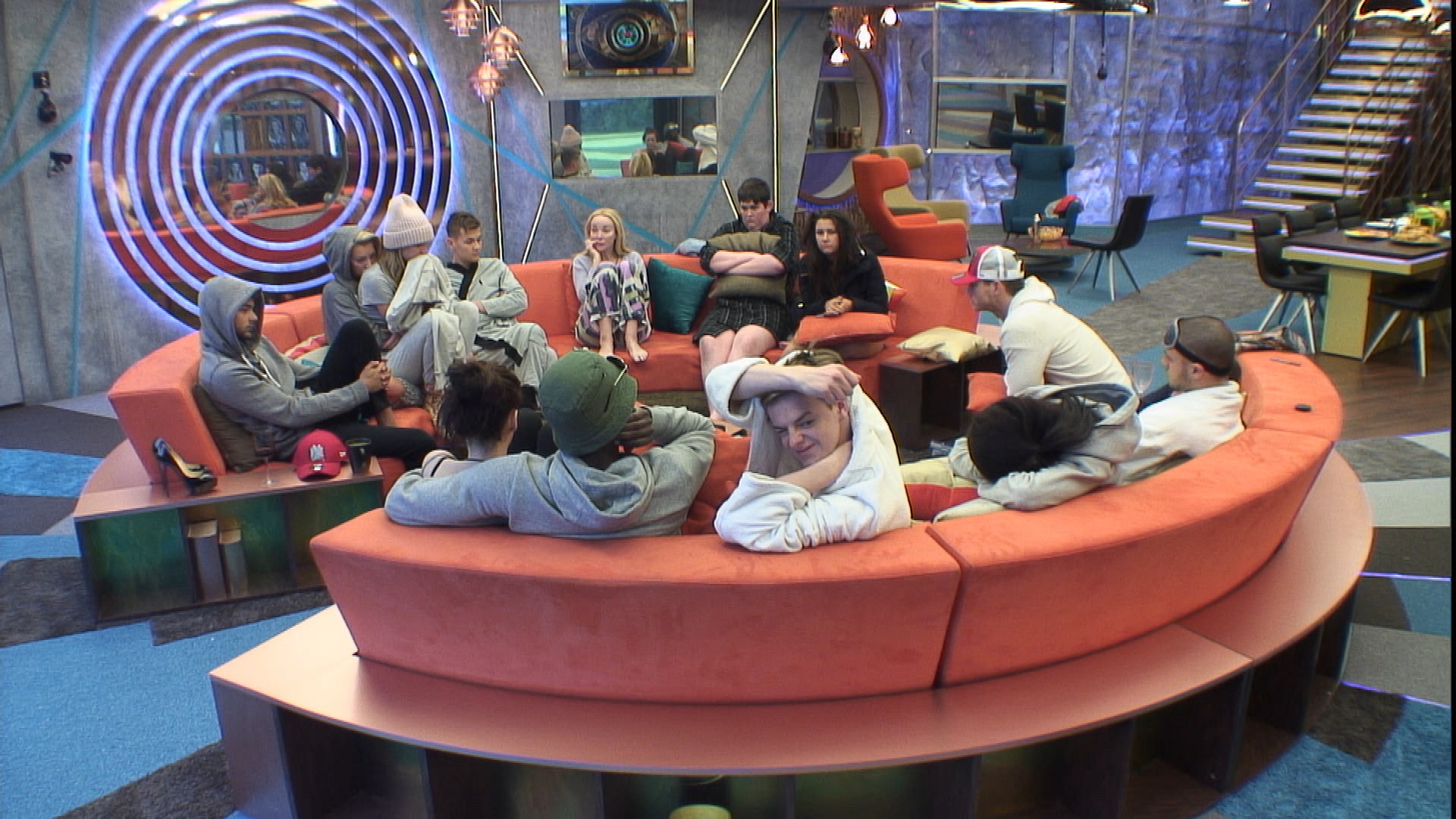 The Housemates have been angered by a nominations rule break

Big Brother then goes on to tell the group what Jade and Nick spoke about in terms of the Twins and Cristian not suiting the experience. Jade begins laughing. Big Brother then tells two Housemates to collect up all the beauty products in the house. The Housemates start reacting, and not in the best way.

Chloe says “Can I just say there is no one who doesn’t deserve to be here, we all got here the same way, Jade replies “It was just my opinion” Harriet snaps, “b****cks, f**k your opinion”.

After, the twins are angry in the bedroom. “She is a two faced little b***h, of course I care what the public think, I am a human being” Joel comments “ she thinks because Nick is nominating publically first, people will follow him and vote the same” Eileen agrees “she has been working him since day one”

Nick is then seen in the kitchen and apologises to Danny “Mate I am sorry, I had a few drinks and I let myself down” Danny replies “mate it is what it is”.

As their punishment, the Housemates begin to gather up the beauty products. Harriet talks to Jade in the garden, Jade said “at the end of the day it is just an opinion I had” Harriet admits she is more upset they could have eaten the food yesterday. Aaron tells Jade to go and get her beauty products “I don’t think they mean me as well” Harriet snaps “go and get your stuff it is you and all, its f***ing all of us!”

Day 14: Tensions Boil For Our Housemates on tonight’s highlights