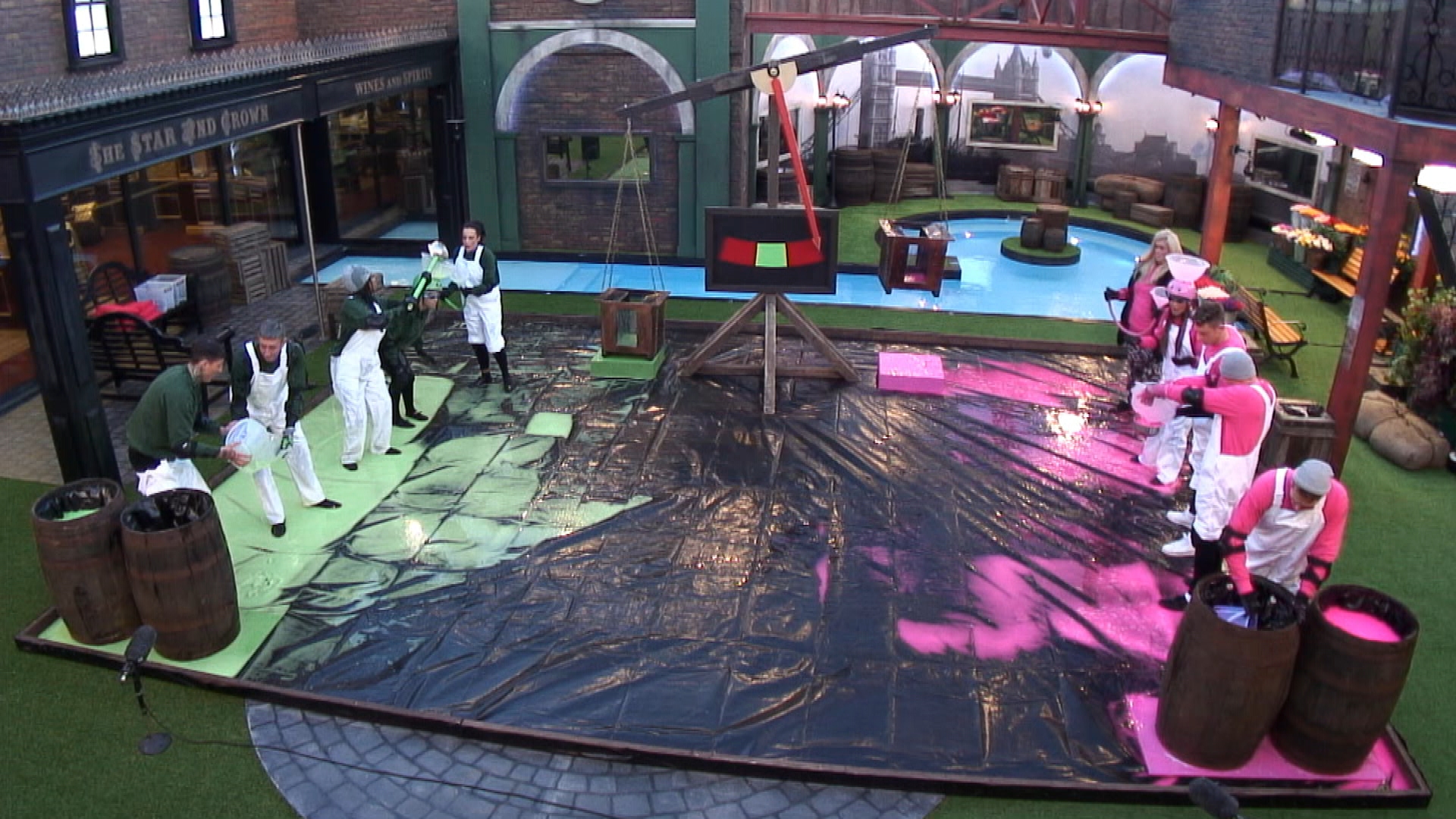 Housemates have had a bit of fun with the latest task.

For today’s task, housemates have been split into two teams who must work together to balance a pair of scales with gunge. They’ve all been told that there will be two saboteurs trying to ruin their chances. But in fact, they’ve all been told secretly that they are the saboteur. If the task is successfully sabotaged, housemates will win a party. Anyone who is identified as being a saboteur will spend the night in Big Brother’s jail.

Big Brother announces that the task has been successfully sabotaged as the scales do not balance. Big Brother then asks the housemates to name who they think the two saboteurs are. They pick Gemma and Christopher. Big Brother reveals that all housemates were secretly saboteurs and so they have won a party tonight. As a punishment for being identified as saboteurs, Christopher and Gemma won’t be able to attend the party and will be locked in jail.