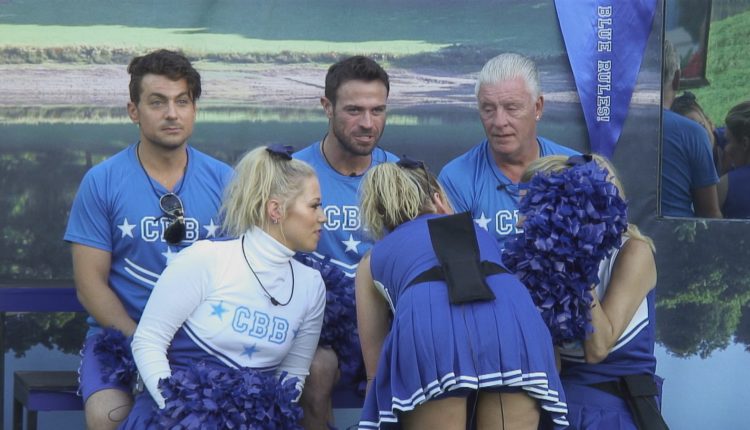 For this week’s task, the house has been transformed into Big Brother’s cheerleading camp and for the next few days the housemates will become cheerleaders. Housemates will be split into two teams and must compete against each other. The winning team be immune from the next eviction. Following a public vote, it was decided that Sarah is captain of the Blue Team and Sandi is captain of the Red Team. Sarah chooses Amelia, Paul, Chad, Brandi and Derek to join her team. Sandi chooses Jordan, Jemma, Sam, Shaun and Helen to join her on the Red Team.

Housemates are gathered in the garden for their cheerleading performances, which the public will see online. The performance that receives the most likes will be the winner of this part of the task.

Sarah talks to Big Brother in the Diary Room about the task, “You can’t take it too seriously, you’ve got to enjoy it. It’s about the destination and enjoying the journey. The next day it’s nice to have something fun to do because people can be a bit urgh after eviction night.” When Big Brother asks if she had a good time last night, Sarah replies, “Yeah and no. It’s just one of those nights really, it was a strange night. I don’t really want to talk about it to be honest.”

For the next part of the cheerleading task, the two teams must answer questions about themselves based on an audience poll. Teams must give their answers as a chant, whilst the other team strikes cheer-leading poses. The team with the most correct answers wins. The housemate chosen as the answer will receive an electric shock.

The Blue Team think that Sam was voted the least loyal housemate on the Red Team, but it was in fact Jordan. They think Shaun was voted least two-faced, but it was Helen. They correctly guess that Jemma was voted most manipulative and Shaun most famous.

Day 13: Chad and Sarah talk about their kiss the previous night

Day 14: Cheerleading task continues while Jemma and Brandi write on the walls