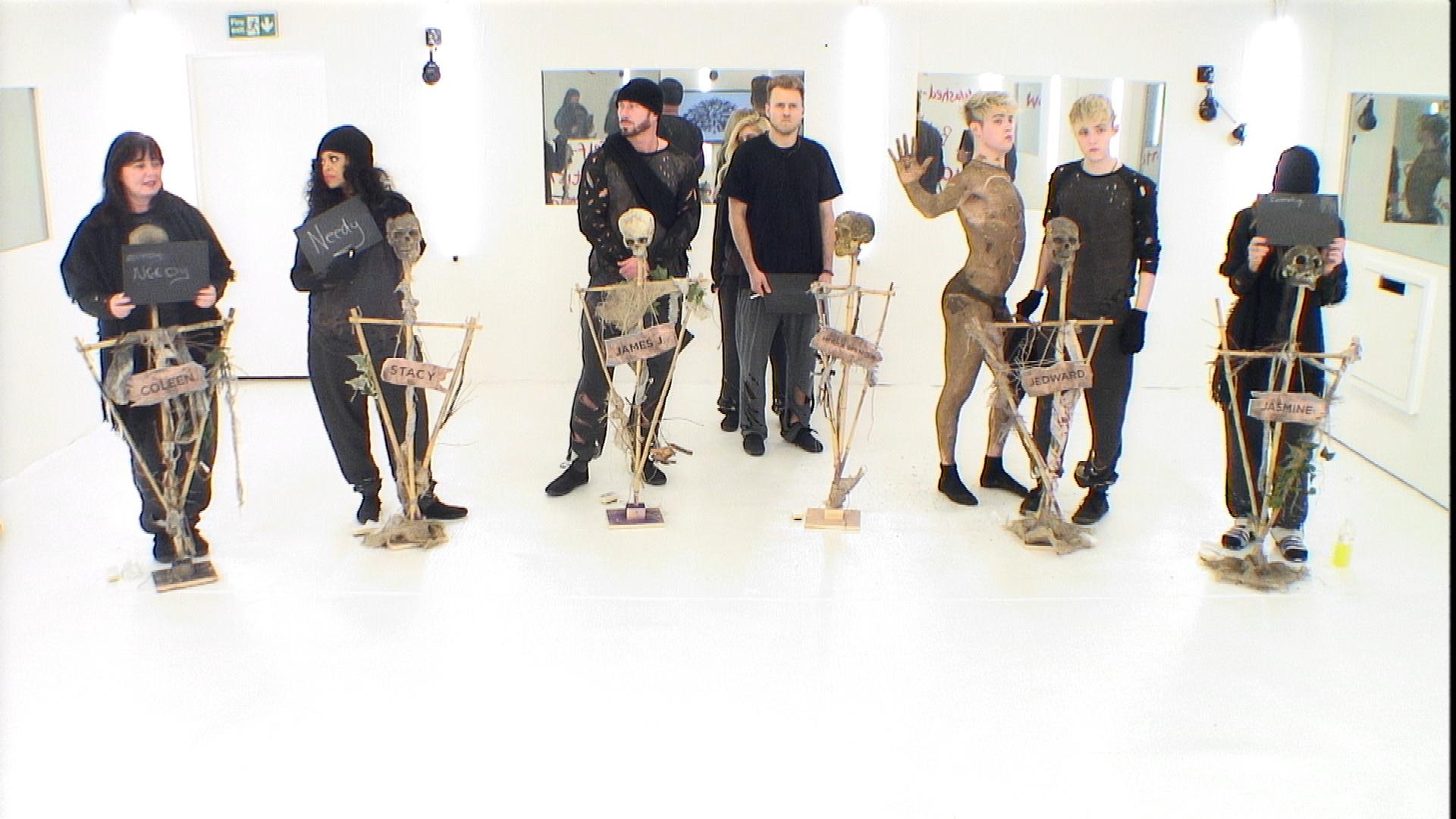 Some of the Housemates have swapped in the latest hellish tasks.

In ‘Hell,’ Jasmine is still asleep, Jedward are trying to wake her by speaking over her and putting nuts on her pillow. Jasmine calls them annoying. Jedward remark, “Look in the mirror if you want to see what annoying is. “You’re messing with the wrong person,” Spencer warns Jedward.

In ‘Hell’ Jasmine returns from a chat with Big Brother and sees her toothbrush on her pillow. She tells Jedward, “You put your f**king little hands into everything.” Jedward try to explain that the toothbrush had fallen down and Edward adds: “Stop stereotyping me and John, you don’t even know us, no one knows you so whatever.”

Housemates have been gathered on the sofa to watch in the Jedward announce via the Diary Room, who they want to sacrifice from the ‘Land of the Living,’ casting them into the ‘Depths of Hell.’ After a short discussion Jedward pick James C, “I think he doesn’t 100 per cent get us,” they add.
·
Jedward return to the house and tell some of the Housemates about ‘Hell.’ They say that it was James J and Spencer who trashed the main house last night adding: “They give themselves too much props for their banter, they’ve been talking about the logistics of the show.” Calum looks surprised.

James C gets a lovely welcome in ‘Hell.’ Coleen hugs him saying: “They’ve sent you in here for me.” He tells them that Chloe is “completely nuts, gross” and mentions that the Housemates were not pleased that ‘Hell’ Housemates had trashed the place.

James J, Jasmine and Stacy have been chosen by their fellow Housemate to take part in the second part today’s task. The Grim Reaper has chained and padlocked them to the wall. The first one to locate the correct keys from a large key ring and then unlock themselves, will return to the house. James J is the first to do so and will therefore return to the House.

Housemates are gathered on the sofa watching James J decide who to send to ‘Hell’ and Calum shouts: “Oh, f**king b*****ks.” On the screen James J says that the ‘Hell’ house is already girl heavy so that leaves Jamie and Calum. “Purely because he was so happy when I was banished to hell, it’s got to be Calum.”

James J returns to the house and receives a warm welcome from most of the Housemates. Calum and Jamie go out for a smoke and Nicola tells James J that when Jedward returned to the house they said that during the first ‘Hell’ task, James J referred to Jamie as “a washed up footballer.”