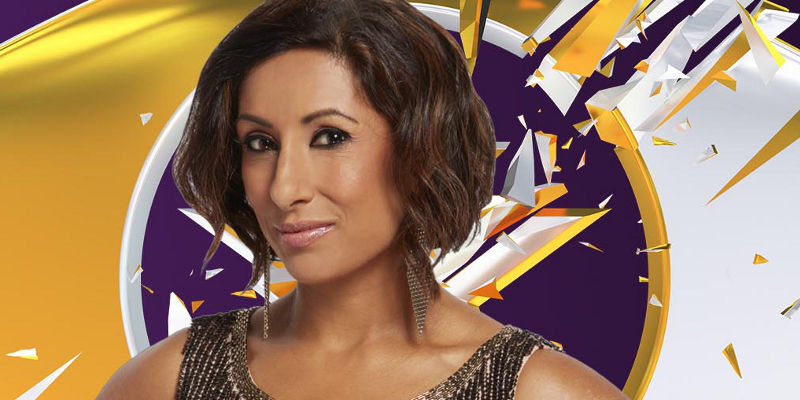 Saira is the second person to be evicted from the Celebrity Big Brother House.Since Friday, the public have been voting to save BEAR, HEAVY D, LEWIS and SAIRA.

During tonight’s Channel 5 programme, Celebrity Big Brother host EMMA WILLIS announced live to the house that the celebrity with the fewest votes and therefore, the second celebrity to leave would be SAIRA.

Following the announcement, broadcaster Saira said her goodbyes and left the house, greeted by Emma and a mixed reaction from the crowd.

On asked by Emma how it feels to be out Saira grinned: “Its’ just great to see normal people.”

On having other ‘big characters’ in the house Saira said: “I don’t know, for me I just felt I was either being two faced or being alright.”

On seeing that James, Chloe, Aubrey, Katie, Heavy D all nominated her, “I’m surprised by Katie just because I didn’t get to know her but think she’s quite influenced by her little clique.”

On forcing her opinions on people, “I an opinionated person and we come from different place, I think I should use this (mouth) less and listen more. I knew that some people in there got me like Ricky and Sammy Fox.”

Saira added: “I have an opinion and I find it very different when people don’t, I think a lot of people are sitting on the fence, I am opinionated, I don’t think it’s a bad thing, I tried my best to reign it in but it is a madhouse.”

On Bear, “I have had a journey with him, honestly, he’s a prankster, he’s a young lad having fun, he’s on the trip of his life, he takes it too far, if you give him attention…, deep down he’s a good man, I felt it, I don’t think I would say that if I didn’t mean it.”

On Lewis and Marnie’s ‘relationship,’ “It’s been 12 days, in 12 days, I think you make a friend, they say it’s genuine, all I can do is respect that.”

Saira added, “I”ve come out and I see people, and myself in a different light, it’s been a journey.”

Finally, Emma asked her who she would like to win, “Samantha Fox.”

Day 13: Marnie and Lewis talk friendship while Chloe and Bear get close

Day 14: One Housemate to pay a “hefty price” in new CBB twist