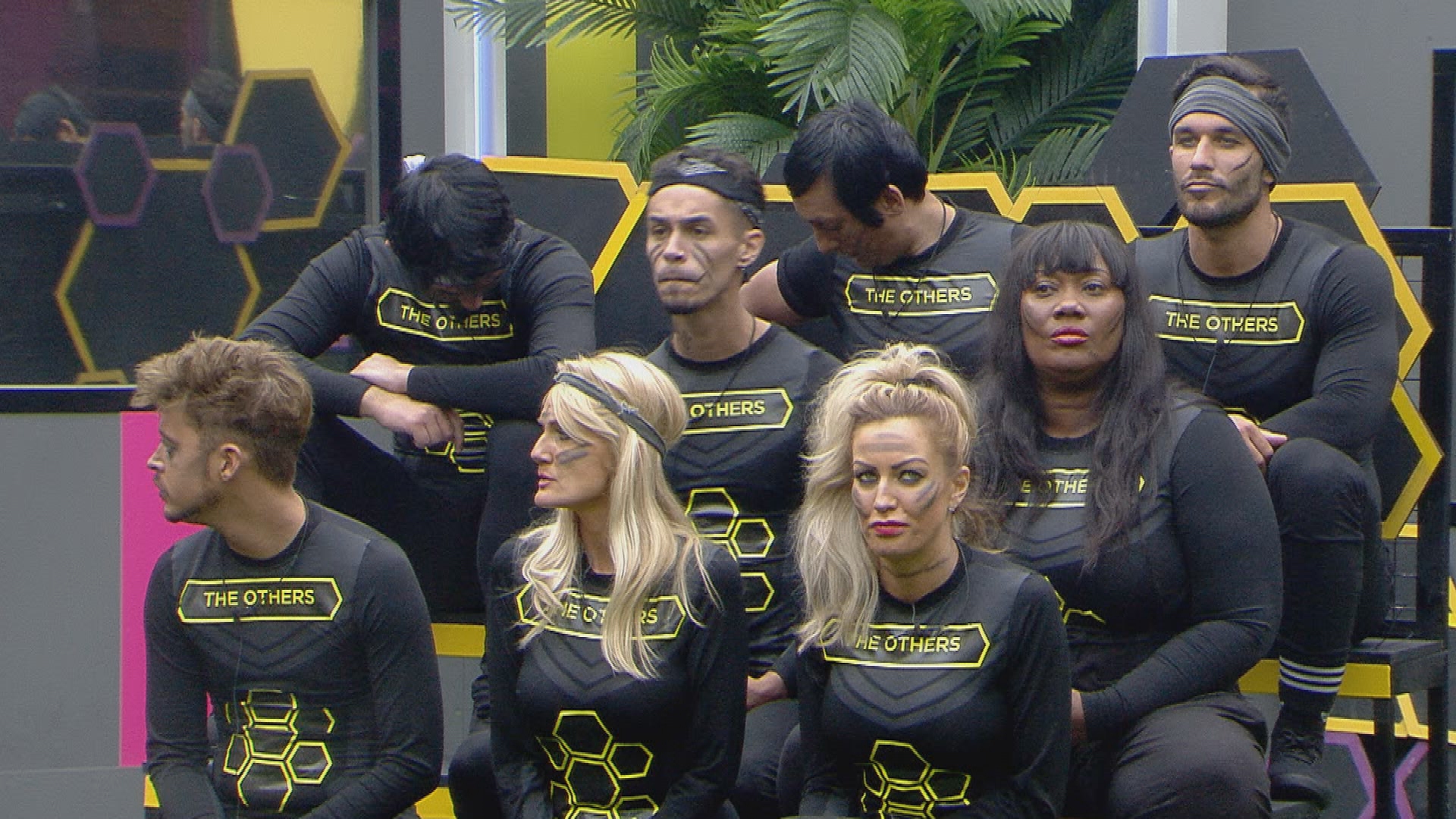 Day 13: The Others ahead in battle for eviction immunity

CORRECTED: The Others are AHEAD in the battle for immunity from this week’s eviction

UPDATE – 19th June 2016 Earlier today, Channel 5 issued the daily update with the latest events from the Big Brother House. In this update, we were told that The Others had won the battle for eviction immunity. It has now been revealed however that this is not the case and the winning side is yet to be revealed. We have updated the article accordingly.

During tonight’s highlights show, Georgina goes head to head with Natalie to deliver some Home Truths and names Andy and Jayne respectively, as the most ‘Untrustworthy.’

“Your personalities changes a lot, you’re a bigger game-player than everyone thinks, you attacked me at a vulnerable moment and I think that was a tactic.” says Georgina.

“ I do feel that Jayne isn’t all that she makes out to be, she also seems to be the queen of kiss ‘n’ tells and makes out that the money she earns from these kiss ‘n’ tells all go to charity and I don’t believe that at all.” replies Natalie.

After a series of head to head challenges including Hughie and Sam in a Spelling Bee where no-one scored, and Chelsea winning against Andy in a General Knowledge round, The Other’s won the most points and have therefore won the most points.

The Others will enter the main Big Brother House later today.

Day 12: PICTURES: Marco is evicted from the Big Brother House

Day 13: Ryan opens up about his feelings for Hughie