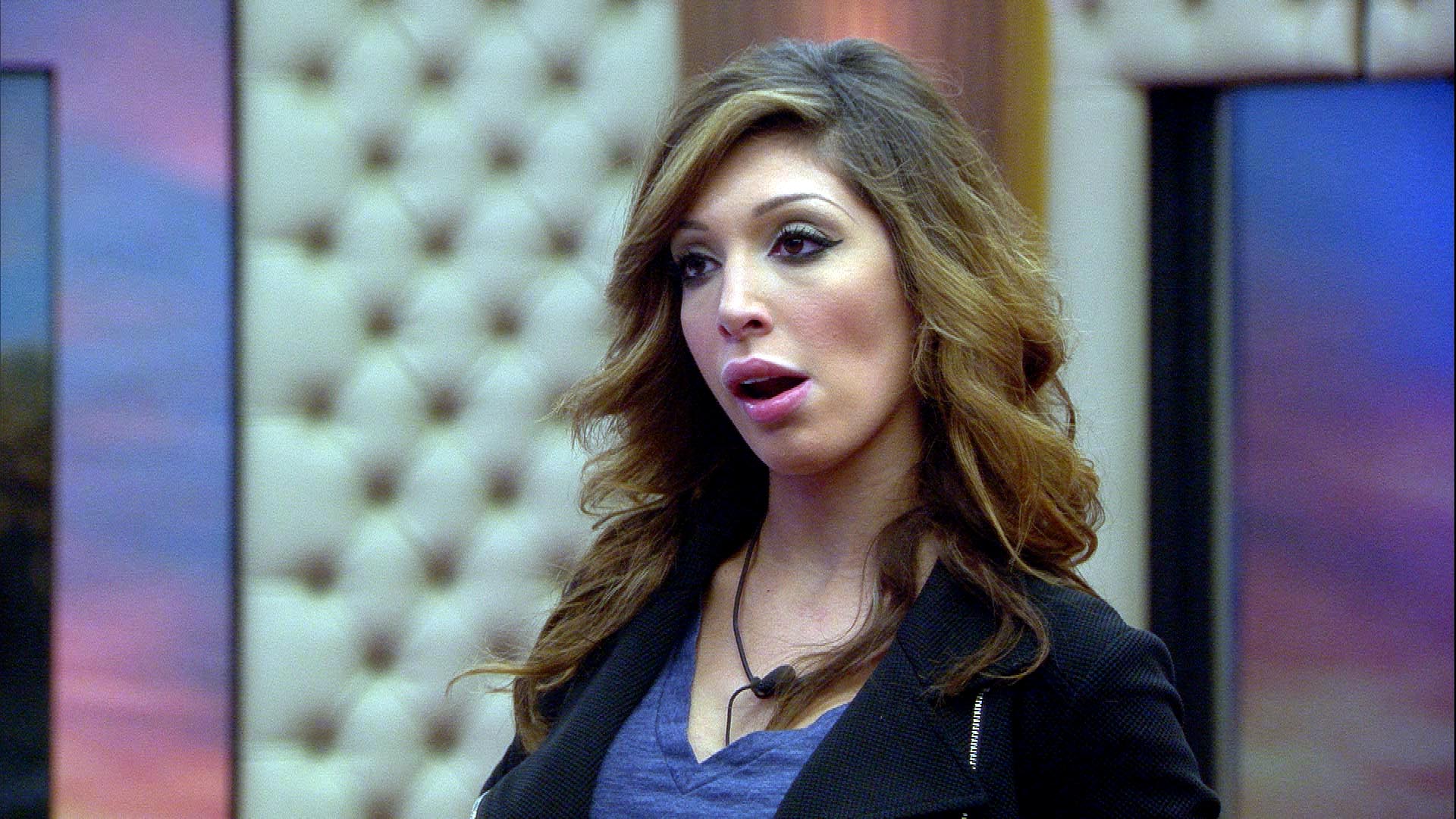 Day 14: Farrah reaches boiling point with most of the House

Farrah has reached boiling point with the majority of the House after face to face nominations.

Farrah tells Janice that she is ‘a tough ass b**ch’ and she is not going to have anyone drag her down with their negativity.

Farrah is in the diary room talking to Big Brother ‘I would just like to share how I feel so hopefully your British public understands what I do with in this home and can better understand me. Some of your British have Satan inside of them so I really tried to help share this with others so that I am not looked at as a person who has anger for no reason. Natasha’s issues as soon as I came in the door. I will always stand up for myself as I know I am a bigger person than she is and I really wish her all the best and her jealousy towards women needs to stop.

The Bobby situation, I am blessed that I have the power, that I have the strength to stand up and not let anyone tell me that I am vile, that I am negative, that I am ugly, that I am anything derogatory because you know what every girl, every man out there is a beautiful person and do not listen to anyone who behaves, holds himself like that, spreads negativity in the house, that is disgusting and that is against god’s will.’

Jenna is upset in the bathroom talking to James about the way Farrah was treated in nominations. Jenna tells of Natasha ‘There is no going back from that with me. She is f***ed.’

Farrah continues to talk to Big Brother in the diary room ‘No one goes through or has to put up with as much s**t in this house as I do. (Tears up) And everyone else who feels the same way as Bobby..I’ll pray for you.I just have to stay and be real as that is all I can be but I am no longer engaging. And I will never do a group nomination ever again.’

Day 14: Nominations – Who Nominated Who?