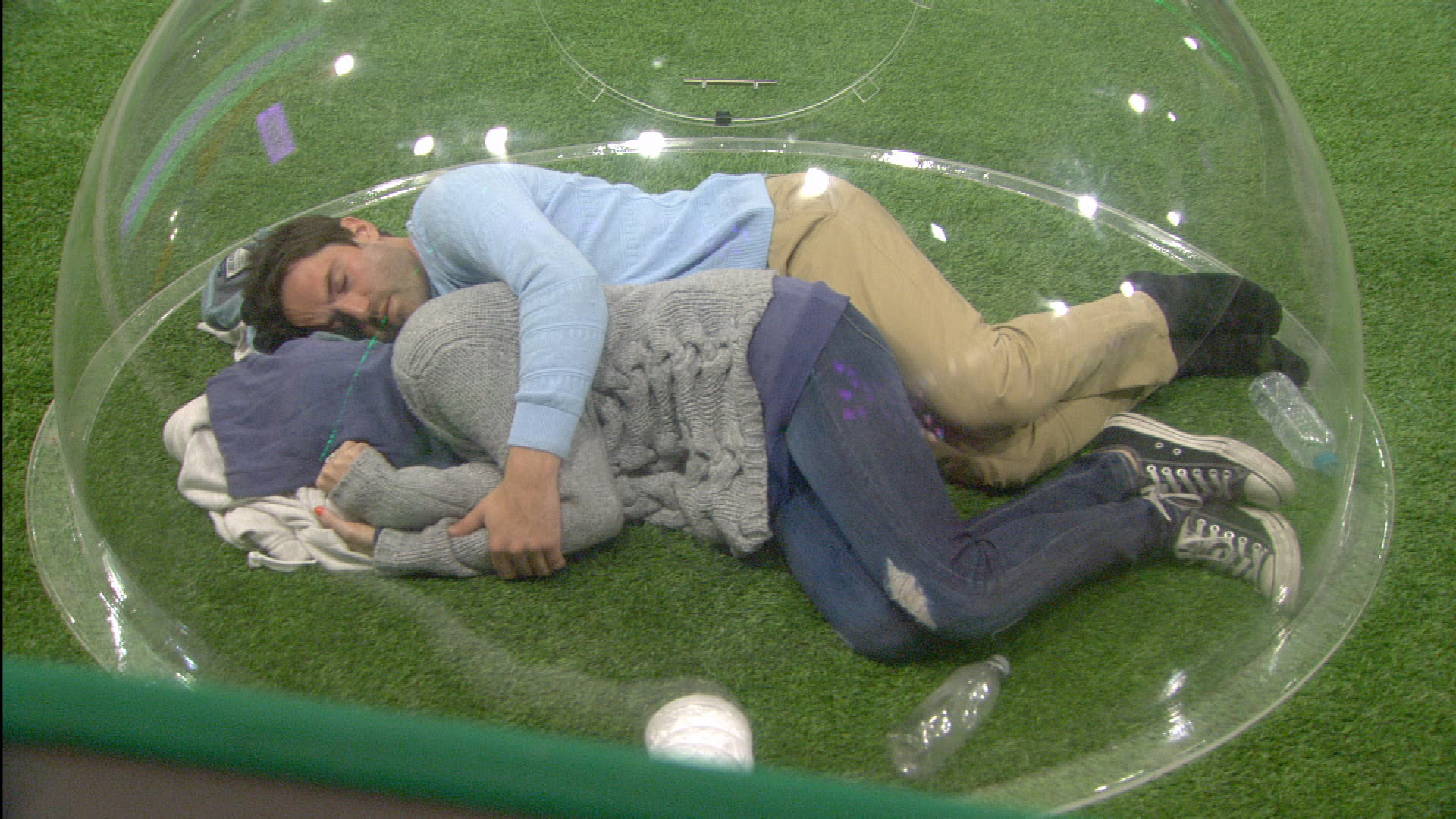 George and Stephanie have been punished for discussing nominations

Yesterday, Audley and James completed their endurance task inside “The Dome”, and were both rewarded with immunity from eviction on Wednesday and a party for both teams to enjoy. However, not all members of the teams were able to enjoy the party.

“Stephanie, yesterday at 7:45pm whilst in conversation with Edele, you said the following” announced Big Brother. “Stephanie, you said like, If I were to nominate tonight it would be Kellie and Audley. Oh f**k, we’re not supposed to talk about that. Sorry, sorry”

“Stephanie this is a clear breach of the rules regarding discussion of nominations. George, today at 2:08pm, you had the following conversation with Edele” Big Brother then read the conversation that George had to the group, about Frenchy.

“The whole time shes in the House, it makes it easier for me to nominate”