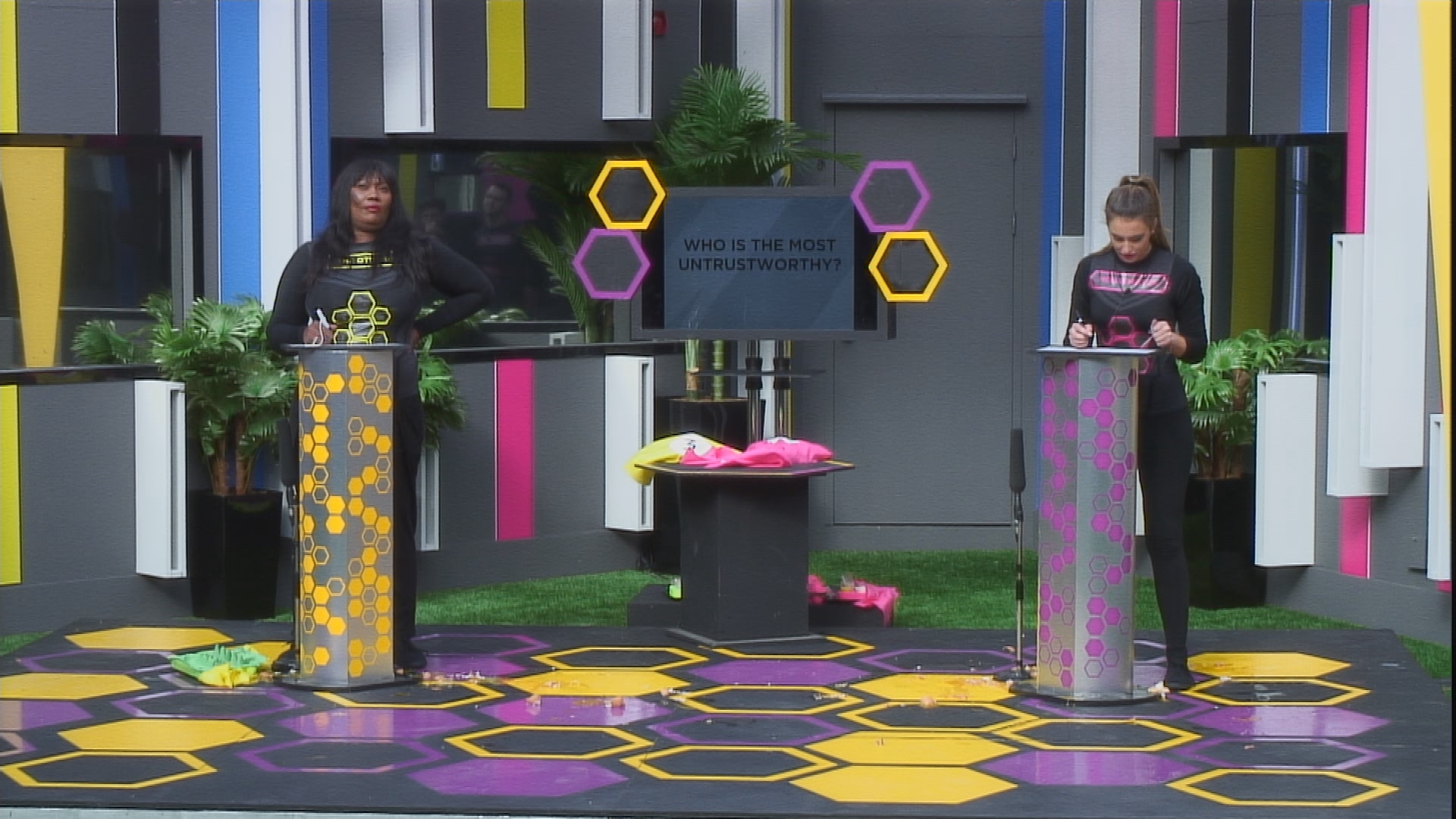 Day 14: TASK: Housemates take on the others in final battle

Take a look what happened when the Housemates and The Others went head to head in their final battle.

On tonight’s show, it’s the second day of the battle between the houses. They must battle to win control over the house and win immunity from nominations.

The first battle requires housemates and The Others to go head to head to be the first person to collect blue orbs, whilst struggling with gunge on the plastic arena floor. The housemates win this battle

For the final part of the task, each house is asked to pick their strongest competitor. Jason and Alex are picked, and they go head to head in the battle to control nominations

Jason and Alex are asked a series of questions, which if they get right, will allow them to unlock boxes, which ultimately leads to the silver nominations box. Jason is the quickest, and wins the housemates control of this week’s nominations and immunity.

Day 15: Charlie and Jason struggle during first day together