Channel 5 have revealed the new upstairs garden snug after the reveal of the House a few days ago.

After the House images were revealed – showing the new theatrical themed decor – a new area of the House has now been revealed. Upstairs in the garden is a new snug for the celebrity Housemates to relax in. 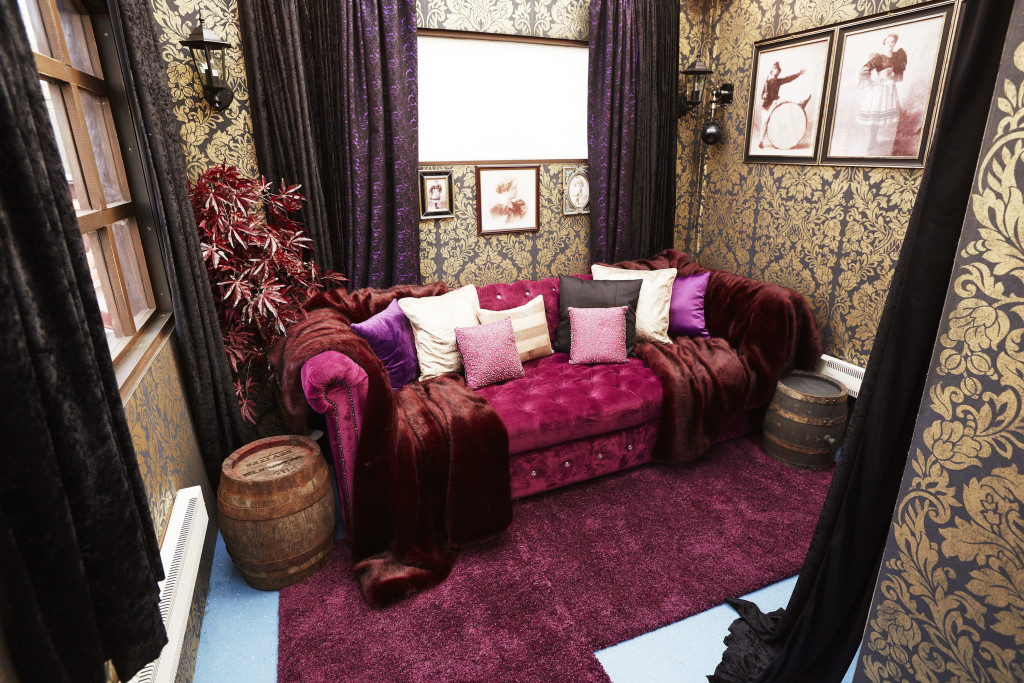 Following the Victorian theme of the garden, which features a London setting, the new snug has golden wallpaper with a large sofa for the Housemates to relax and keep warm from the cold January air. As well as this new area, Channel 5 have released a new image from the top of the stairs of the main House.

Celebrity Big Brother returns on Tuesday 5th January at 9pm on Channel 5 and TV3 in Ireland.