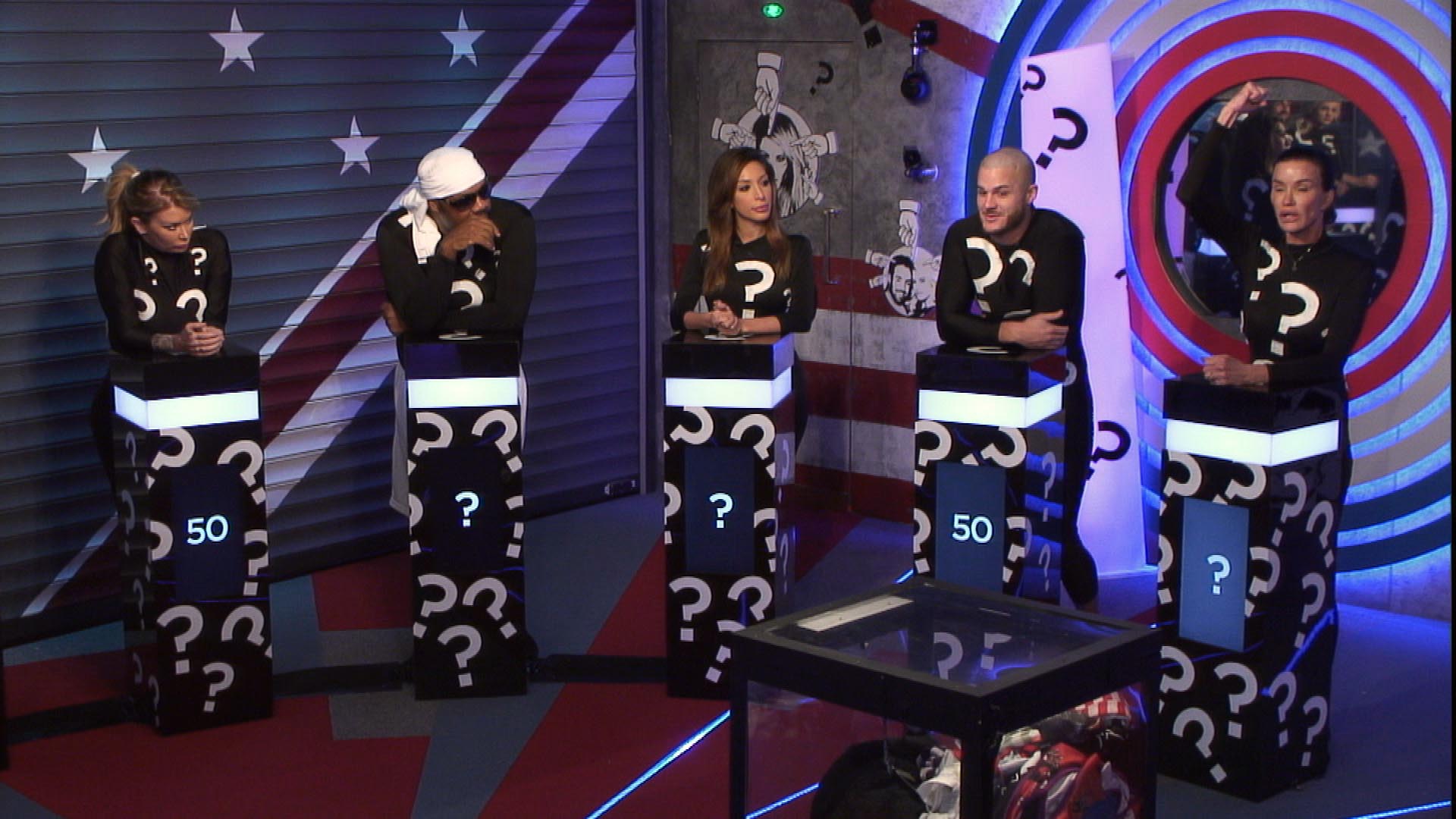 Day 15: Housemates hit out at each other in latest task

Housemates are gathered for the final challenge in today’s shopping task. They must buzz in with an honest answer to the questions given to them.

‘Which housemate is the most boring?’ James buzzes in ‘My answer is Farrah because, I don’t know what I have done with Farrah apart from argue and a couple of heart to hearts. But as a whole I find her boring.’ Farrah responds with ‘I think I am so awesome, so fun, that no one in this world could be bored of me. And that’s why I think James is wrong.’

Bobby thinks Farrah is the least trustworthy : ‘My answer is Farrah, she seems a little bit preoccupied with herself and I always find as though every time I look over she seems to be whispering and I don’t really trust her simply because of that.’

Janice is named the ‘biggest diva’ by Jenna and ‘most manipulative’ by Natasha.

Farrah gets labelled as the ‘least talented’ by Austin.

Janice takes spite of what Natasha said and so names her as the ‘most two-faced’.

Natasha answers that Farrah is the ‘most vile’ in the house due to the first night when Farrah said she wanted to ‘spit on’ her. Farrah responds with ‘I accept that, I am happy I don’t take s**t from someone off the bat coming in the house and loves to talk s**t or talk about me with Austin, so I am happy I stood up for myself and I would love to spit on someone who treats people like that from their first impression because that is a horrible first impression. Cheers to Natasha because I think she is vile too.’

Natasha also names Farrah as the ‘least popular’ in the house. Farrah ‘I’m happy to be the least popular person in the house because I love that I stand up for what I believe in. I don’t tolerate fake manipulative coward like behaviour from people. So thank you!’