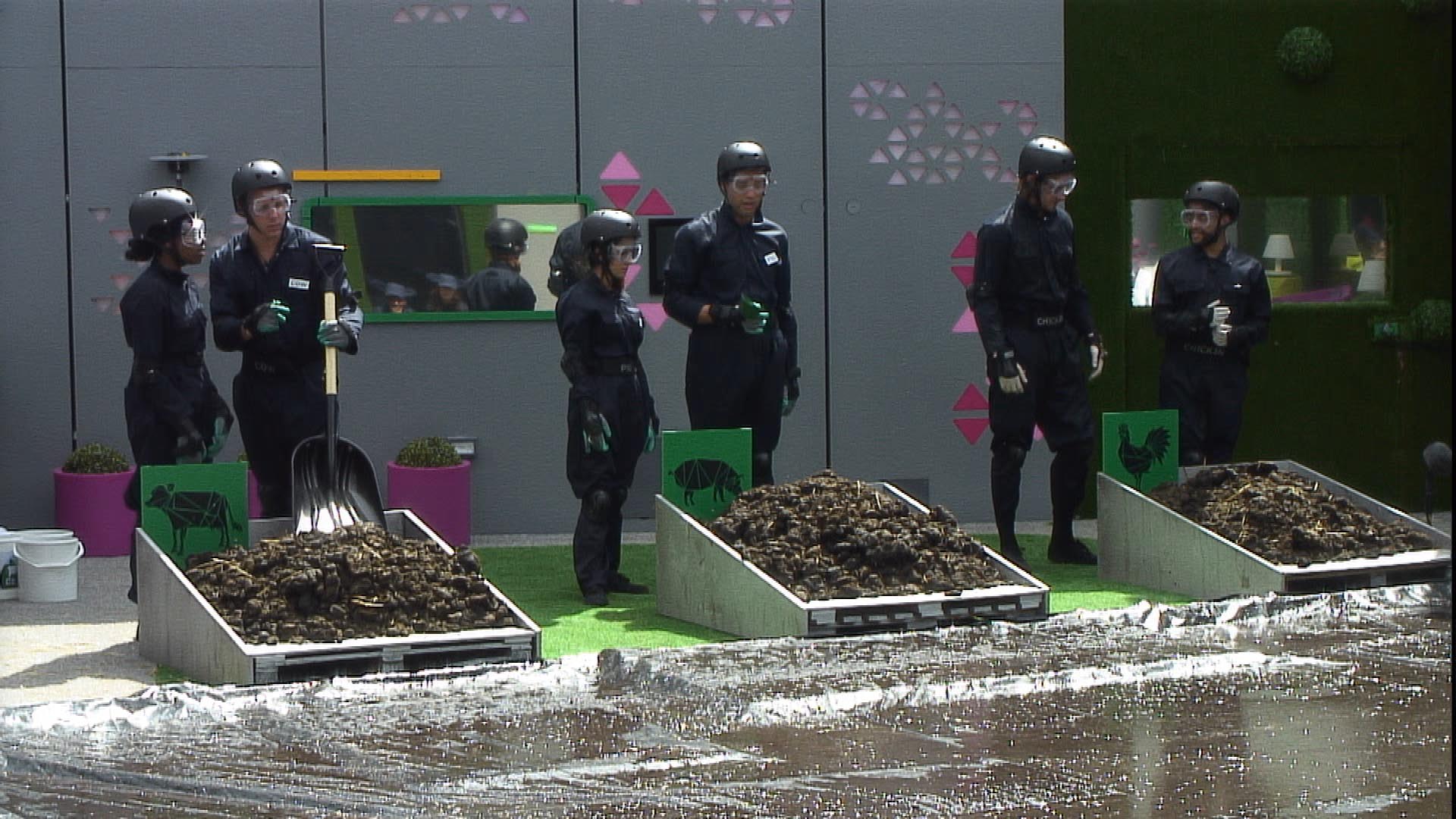 Today was the second day of the shopping task, where the Chickens (DANIELLE, MARK, ASH & MATTHEW) had to make gourmet pre-mixed omelettes. They managed to make 5 complete units adding £25 to the Housemates total.

Final Hit
The farmers had one last shot to make money. In the garden there were three piles of manure that the animals had to bag.
Two animals from the Cows, Chickens and Pigs had to take part. The Farmers had to choose which two animals from each group would take part and they chose.

The Animals managed to bag 10 bags of manure worth £40 each making £400 towards their profits.