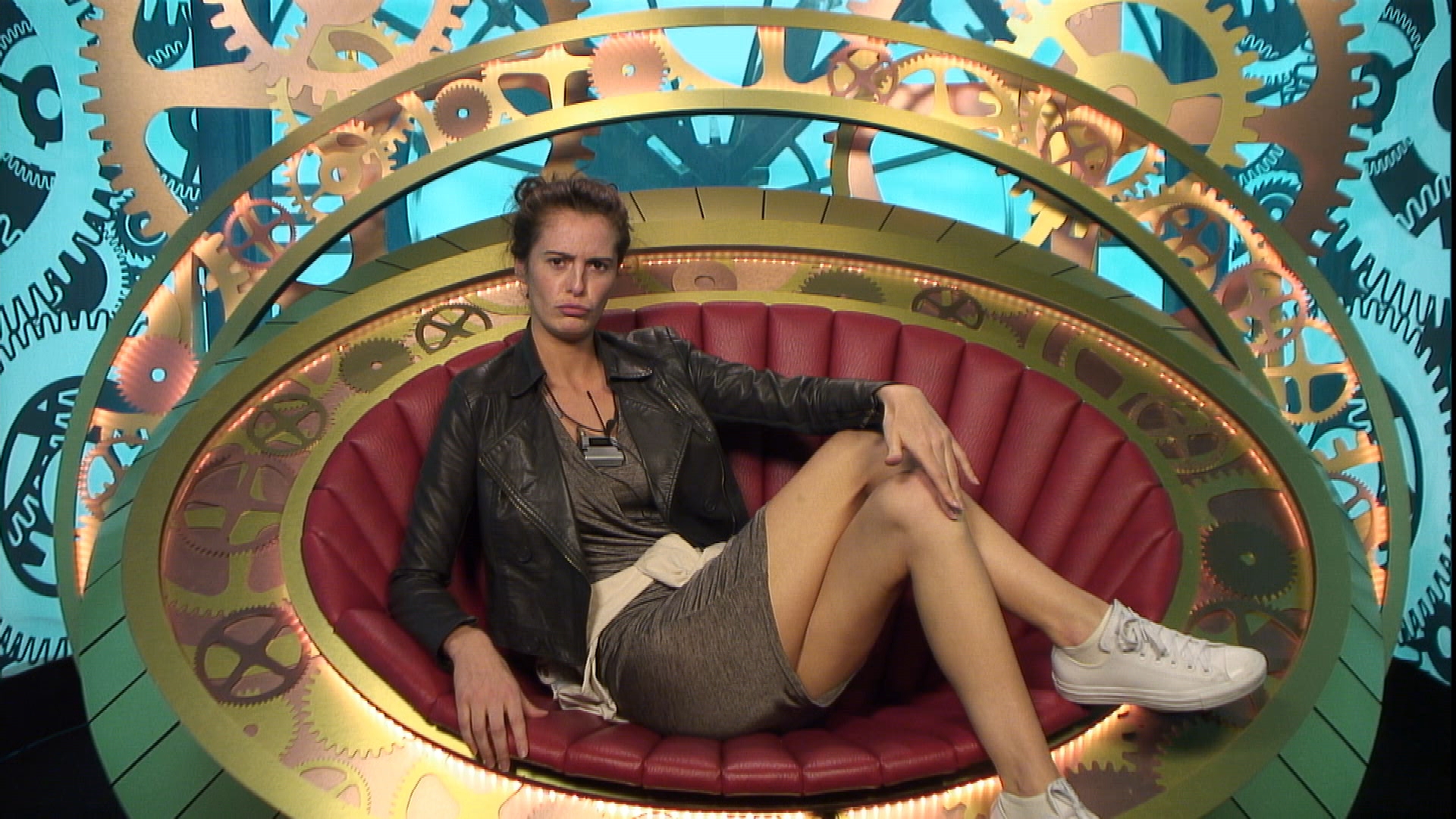 Day 15: Tonight: Time Runs Out For Luxury and Jade?

On tonight’s highlights show it appears the lap of luxury is coming to an end for Jade and order is restored in the house, or is it?

· Today is Jade’s last day of luxury. Big Brother has arranged a pool party to celebrate this. All the housemates on Jade’s luxury team have been invited. The remaining housemates (Amy and Sally, Eileen, Danny, Cristian, Kieran and Chloe) have been divided into two teams. Both teams must stage a performance to a judging panel consisting of Jade, Aaron and Harriet. The winning team will be invited to the pool party. They practice their performances.

· Joel is talking to Nick about Jade. Joel says, “I think she’s trying to play the sympathy card.” Nick says he doesn’t think she is trying to do that saying, “I think you’ve always got to give someone the benefit of the doubt.” Nick comments that she has an opportunity as the Twins and Eileen are on the same team. He asks Joel, “Do you think it’s her plan to be ostracised?” Joel says yes.

· Harriet, Jade, Aaron and Sarah are in the storeroom. They are talking about the situation between Jade, Amy, Sally and Eileen. “We just don’t get on.” Harriet is telling them that she has tried to advise the Twins not to react to anything as they are making themselves look bad. Sarah raises her opinion on efforts with Eileen saying, “I’ve tried with Eileen. She’s made her age an issue by saying that she doesn’t want it to be an issue.”

· All the housemates are in the garden. It is time for the two team’s performances. Team 1 – consisting of Kieran, Chloe and Cristian – perform a rap. Cristian leads the rap, followed by Kieran breakdancing and then Chloe singing. The judges pass their comments. Aaron says, “I like the way you all incorporated a bit of yourself into the performance. That’s what makes a performance.”

· Team 2 – consisting of Eileen, Danny, Amy and Sally – perform a song and dance in the style of Moulin Rouge singing, “We’ll do anything for Big Brother.” The judges pass comment with Aaron saying, “I felt like Eileen kind of dominated the performance.”

· While the judges are deliberating, both teams are sitting together. Eileen comments, “It was only a bit of fun. I didn’t want to bore anyone.” Harriet responds, “Eileen don’t make comments like that. You didn’t bore anyone.” Eileen whispers to the Amy and Sally, “I think we’ve lost.” Harriet reiterates, “Stop making comments. It’s uncomfortable for everyone.”

· The judges have decided Team 1 (Cristian, Kieran and Chloe) has won the competition and are invited to the pool party. Team 2 (Danny, Eileen, Amy and Sally) will be locked in the house for the duration of the party.

· Jade and Nick are talking about the results of the performances. Nick says, “I thought you were going to extend an olive branch.” Jade responds, “I’m not wasting my time with people I do not connect with and who have been very rude to me.”

· The pool party starts and Danny, Eileen, Amy and Sally watch from the house commenting on the food that they can see. Amy and Sally ask Danny about his feelings for Sarah. “Will something happen with you two outside of the house?” Danny responds, “I don’t fancy her. She’s nice and stuff like that but she’s not the type of girl I’d be with.”

· Big Brother gathers the housemates on the sofas to announce the results of nominations. Instead of solely announcing the names, Big Brother broadcasts the housemates nominating one another on a big TV screen in the house. Eileen, Cristian, Aaron, Joel, Nick and Jade are all up for nomination. Some of the housemates are visibly surprised by the screenings. Big Brother asks Jack if he would like to use any of his immunity passes to save a housemate. He says no.

· Joel is asking Sarah to be more specific about her reasons for nominating him. She explains that she thought he made too many points in the debating task. He comments that, “You had a very easy person to nominate.” (in reference to Jade). Sarah defends Jade saying that there have been lots of conversations in the house similar to the one Jade and Nick had. “She’s guilty of bitching”

· Joel and Nick are talking about nominations. Joel tells Nick that he was upset by Sarah’s nomination. Joel asks Nick, “Do you think I’m fake?” Nick says “no.”

· Cristian is in the Diary Room talking about being nominated two weeks in a row. “I think I’m doing well. I’ve gone from five to two. I’ve made some friends this week.”

· Jade, Sarah and Aaron are talking about the results of the nominations. Jade says, “I knew I’d be up. Can you imagine their faces if I didn’t go?” She laughs. Sarah tells them that Joel commented that there was a good reason to nominate Jade over him. Aaron says, “I’m not being two faced towards Joel but the past few days I’ve seen a different character of him.”

· Jack, Nick and Joel are talking about Harriet. Nick says, “Harriet kicks off every time anything happens.” “I feel like first of all you’re going to get it from Harriet and then the person you’re actually arguing with.”

· Harriet is in the Diary Room saying that she needs to change her behaviour and resist giving advice as it seems like she’s trying to get involved in other people’s arguments. She is also talking about Eileen. “I think Eileen was shocked I didn’t nominate her… That means she probably nominated me. She’s always making little comments.”

· The housemates are gathered on the couch. When Danny goes to the toilet, they all hide. Thirty minutes later, all the housemates have come out of hiding except for Harriet and Chloe who are still hidden in the bedroom, where Eileen and Aaron are talking about the tension with Jade. Aaron asks Eileen about what she said when she came out of the Diary Room after nominating. Eileen denies saying anything, blaming Jade. Aaron tells Eileen that Jade claims she was responding to something Eileen said. They leave the bedroom. Harriet and Chloe come out of their hiding places and discuss what they heard. “Aaron’s just to-ing and fro-ing. He’s just told Eileen everything Jade’s been saying.”

· Aaron finds Harriet and Chloe in the bathroom. “We’ve just heard your whole conversation. You need to be a bit more careful.” “Do you think I’ve come across two-faced? I just wanted to hear Eileen’s side of the story.” They all agree that Eileen and Jade’s stories do not match up. “I don’t know who’s telling the truth,” says Aaron. Harriet says, “I don’t wanna hear Eileen’s side. I think she’s a liar.”

· Jade is in the Diary Room, “I have no fear in this house. I know that I’m going on Friday. I wish I wasn’t because I would point and I would laugh. People’s cracks are starting to show.”