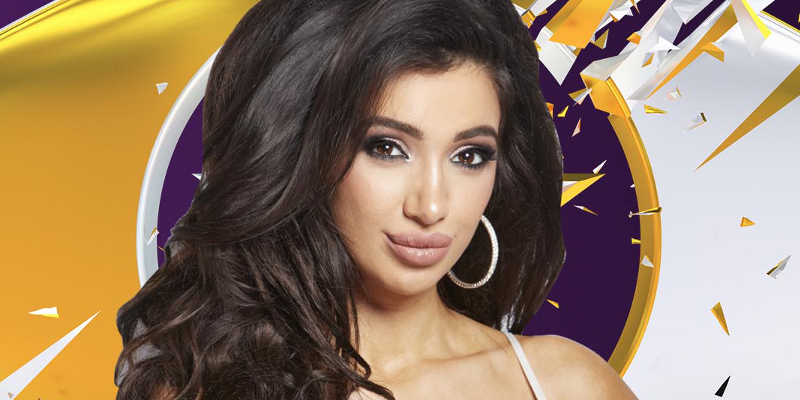 Chloe has become the third person to be evicted from the Big Brother House.

For the past 24 hours the public have been voting to save BEAR, MARNIE, CHLOE or JAMES. During tonight’s Channel 5 programme, EMMA WILLIS announced live to the house that the two housemates with the most votes and therefore saved from eviction, were JAMES and BEAR.

In the garden, CHLOE and MARNIE then went head to head in the final round of Big Brother’s Big Risk. Housemates were asked to stand behind plinths, and decide whom they would like to be evicted by each placing a segment of the person they wanted to evict in the wheel. Most housemates picked Chloe to face eviction; James who received the most votes to be saved, span the wheel, which landed on Chloe, and therefore meant she was evicted.

Following the announcement, CHLOE said her goodbyes and left the house, greeted by boos from the crowd and met by Emma.

Emma asked Chloe about how her housemates decision on choosing her to face eviction: “I stopped caring what they thought! I understand Bear so much, he’s the most genuine in there.”

Emma asked Chloe about Renee: “Renee was mad about Bear! She wanted to make it a thing for them two. She’s an emotional mess!”

Chloe on Bear: “I went in there thinking not to kiss anyone, and then you forget there’s loads of cameras in there. One day in there is like a year out here! So intense in there! Bear is not a nasty person; he’s such a sweetheart. He has a bit of a laugh but never too personal.”

Chloe believes something will happen with her and Bear on the outside.