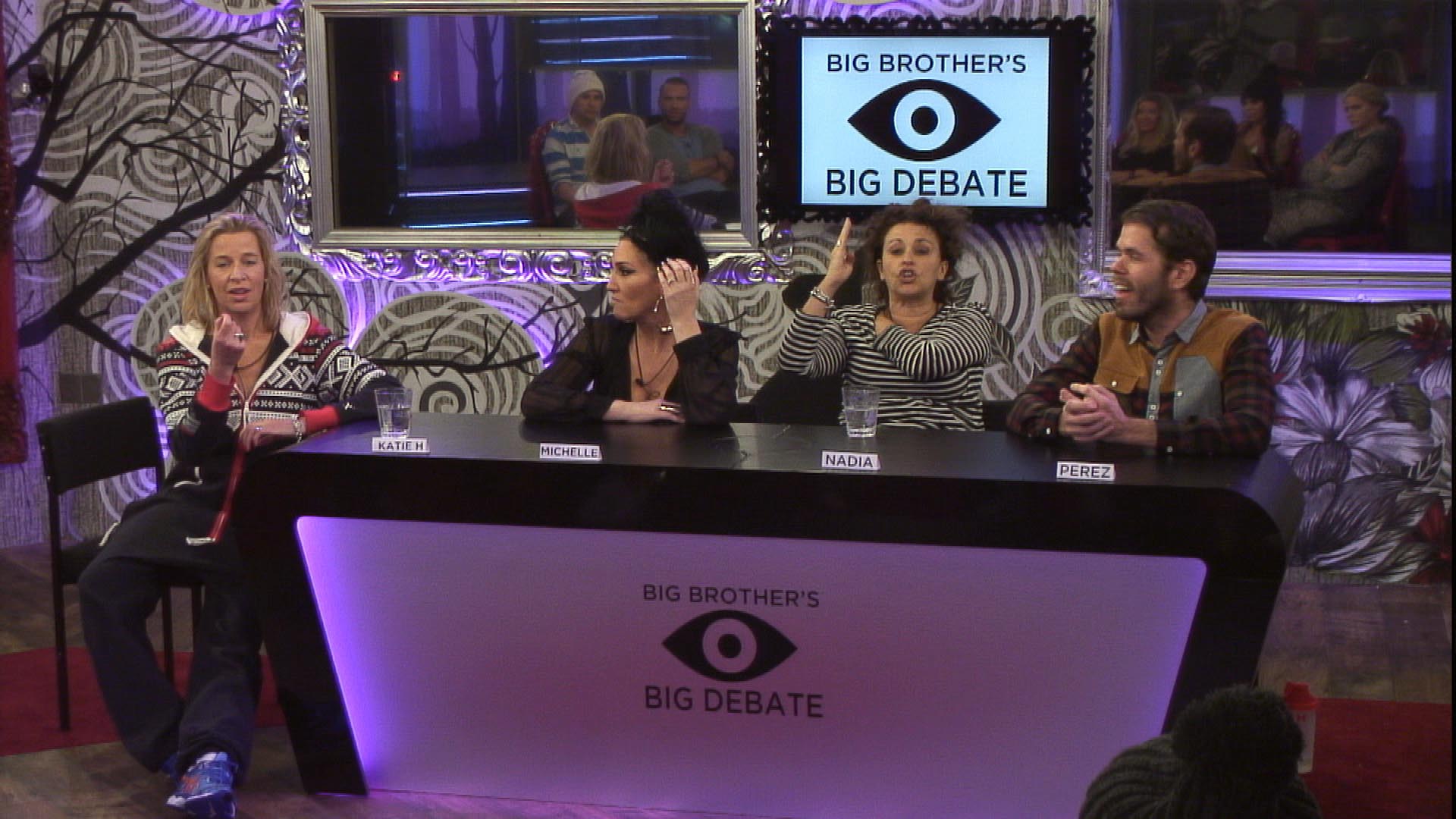 The Housemates have taken part in a heated debate, find out more..
The debate team are Nadia, Alicia, Perez and Katie Hopkins, and on tonight’s show the debates get heated as they lock horns over the question ‘Does anyone in the House take themselves too seriously? Michelle says that they take things too personally but not seriously. Katie Hopkins says that she won’t talk to Perez unless she’s told to by Big Brother. Perez asks if that is a threat or a promise and that her bullying will not hurt him and remarks that Katie Hopkins said that he has back fat. Katie Hopkins says that he does have back fat and that you can see it as he is always wearing spandex. Nadia comments that Katie’s mentioning of people’s physical attributes weakens her argument. Perez finishes by saying to the group about Katie Hopkins: ‘She’s what I used to be.’

Nadia then says that she is dictated to by the group in respect of her friendship with Perez and has it ever occurred to them he might feel picked on. Katie Price asks Perez to name the people who make him feel uncomfortable and he says: ‘Michelle, Cami Li and Katie Hopkins.’

Nadia accuses Katie Hopkins of ‘having her head up Katie Price’s ar*se’ and Katie Price says that Katie Hopkins is ‘not what she thought, in a good way’ and tells Nadia she can speak for herself.

Nadia walks off from the debate saying: ‘I’m not going to be told to have an argument with these maniacs.’

These scenes air tonight at 9pm