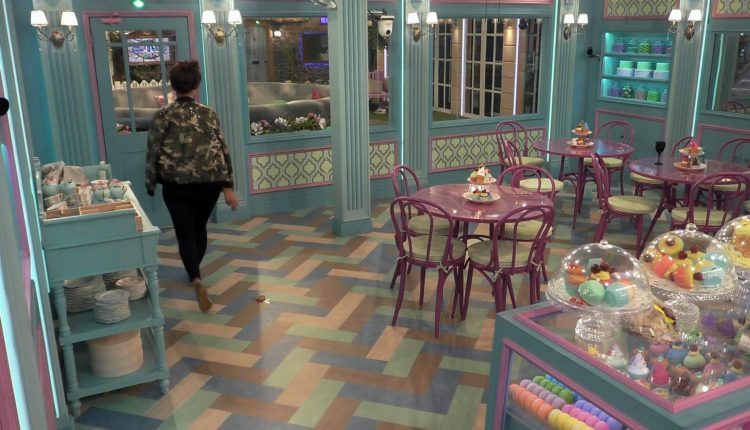 During tonight’s highlights show, the housemates get riled up yet again but this time it’s all over eggs. The results of this week’s nominations are on the housemates’ minds, some of them are talking in the smoking area

Chanelle asks: “Who has got issues with me?” Hannah joins Chanelle, Lotan tells Hannah that she ‘was rude as she had a go at Tom’. Chanelle states ‘she’s not upset but does think people are two-faced’

In the kitchen, Chanelle is getting up to mischief, she smashes an egg on the floor then walks away

In the diary room, Raph is talking to Big Brother; “Yes there has been conflict, the divide in the house. I don’t think Chanelle is the cause of conflict, I think the cause tonight was Tom, Lotan and Hannah. It goes both ways.”

Rebecca discovers the smashed egg on the kitchen floor, she asks; “Who’s done it?” No one owns up In the diary room, Chanelle reveals, “It’s up to the public now, hopefully they’ll see I’m just being genuine and I’ll get to stay. I can feel my petty side coming up! If I’m leaving on Friday I’m going to make you guys miserable as you guys voted for me. I’ve tried to calm my petty side…I dropped some eggs before and I’ll drop some more. I just want to play around!” She adds; “Hannah’s attitude has changed since she’s been nominated, she’s being extra loud and opinionated now.”

Chanelle drops another egg on the kitchen floor. Lotan discovers this; “Who keeps doing this?” No one owns up. Some housemates believe its Tom. Housemates start to bicker. Lotan believes it could be Big Brother ‘f**king with us!’

In the diary room, Lotan, Tom and Joe quiz Big Brother about the egg smashing. Lotan tells Rebecca that Joe thinks it’s her to blame for the egg smashing, this annoys Rebecca; “I’m 32 years old! He’s out to get me! He’s nasty! I’ve had enough of him!”

Rebecca goes to her bedroom and yells, “I’m furious! I’ve had enough of him! He’s trying to turn people against me. He’s the one who is blaming me for it! He’s attacking my personality!” Chanelle laughs and Lotan tries to calm down Rebecca