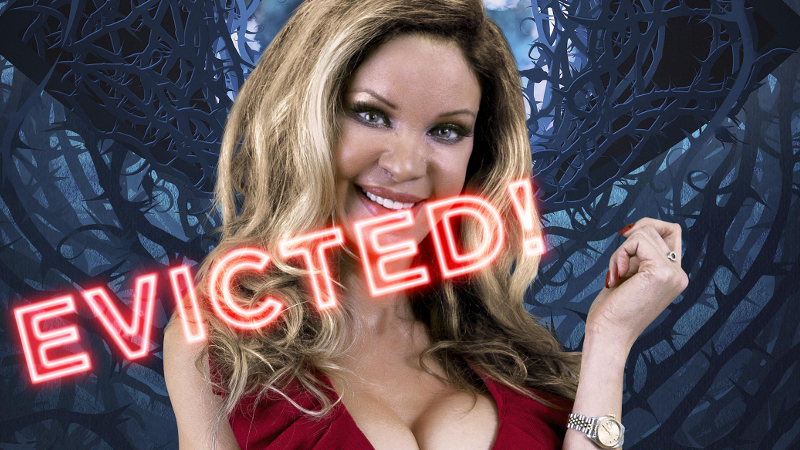 Alicia Douvall became the second Housemate to be evicted from the Celebrity Big Brother House, leaving to a mixed reaction from the crowd. Emma asked how it feels to be out and Alicia said that she really enjoyed her time and is “gutted to be out” but looking forward to seeing her children.

When asked why she wasn’t saved, Alicia suggested it was “because I was up against some really big characters and big names” Emma talked about Perez being one of the most controversial Housemates but Alicia admitted that she found him “entertaining”

Alicia was then shown who nominated her for eviction and she admitted “I am a little bit surprised by Michelle…she never said that to my face” She then admits that she “had problems” with Calum from day one. Emma then asked about Katie Price’s decision not to save her to which Alicia responded, “We had a genuine friendship and put the past behind us”

Emma then asked what it’s like living in an “intense and full on” house and she admitted, “You feel like you’re losing your mind…it’s very intense”

When asked about her relationship with Perez, Alicia said “I take the good with the bad and thought he was entertaining…but I can totally see he can be annoying” When asked if she felt manipulated by him, Alicia said, “I just took him for what I saw…it did confuse me when I had everyone in my ear”

The conversation then moved onto Katie Hopkins and Alicia said, “It was very stressful because she said things that were disgusting, in my view” Emma remarked that Alicia always stuck up for herself and she admitted it was “because we were stuck in the House together…I just decided I had to let it go. It did turn into banter…In a warped way, we got in in the end”

Alicia then said that she would like Nadia and Keith to win.