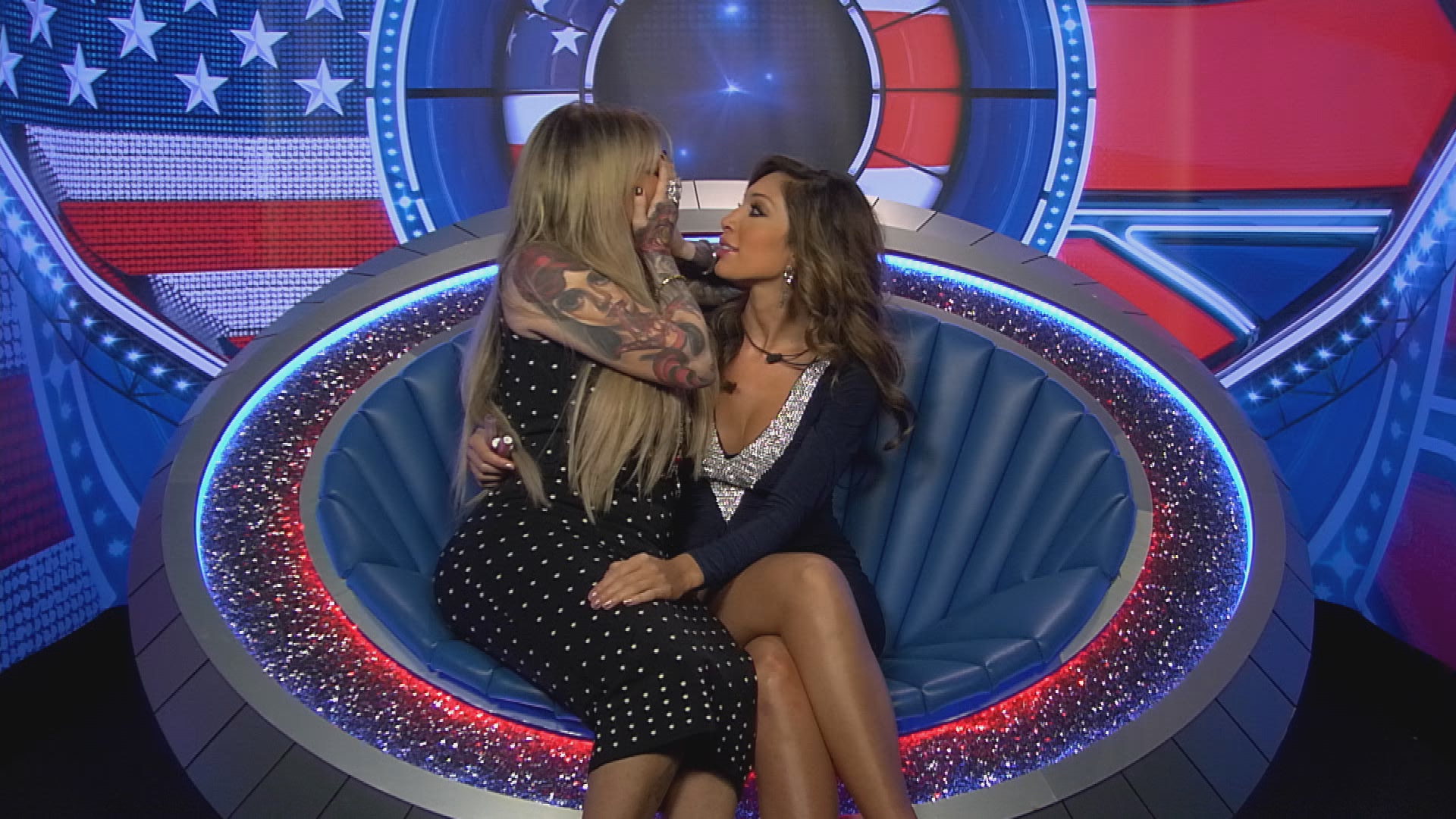 Farrah and Jenna have settled into the secret room.. that isn’t so secret.

On tonight’s highlights show, The Housemates are gathered for the eviction and Emma announces that the Farrah has received the highest number of votes and must therefore leave the Big Brother House. Farrah leaves the house but what the Housemates don’t know is that this is a fake eviction and Big Brother has snuck her back into the house and into the Diary Room. Farrah asks Big Brother: ‘What the f*ck is going on?’

Next to leave in the fake eviction is Jenna and she too is guided to the Diary Room to meet Farrah. They are both told that the public did not vote to evict them but voted to send them both to the secret luxury suite. And that’s not all, they are also told that they are immune from nomination and that they are in control of the nominations. They are asked to nominate right away and they both vote for Austin. Jenna calls him ‘the fire-starter’.Farrah and Jenna get settled in their new quarters. They put bathrobes on and sit in front of the plasma screen to watch the other Housemates talking about them.

In the luxury suite Jenna and Farrah watch as the house has a singalong in the bedroom, first to The Proclaimers and then to Ding Dong the Witch is Dead from The Wizard of Oz. Farrah says: ‘These people are losers.’

Jenna and Farrah talk to Big Brother in the Diary Room and express their displeasure about the Housemates singing Ding Dong the Witch is Dead. Jenna says: ‘We’re not dead!’