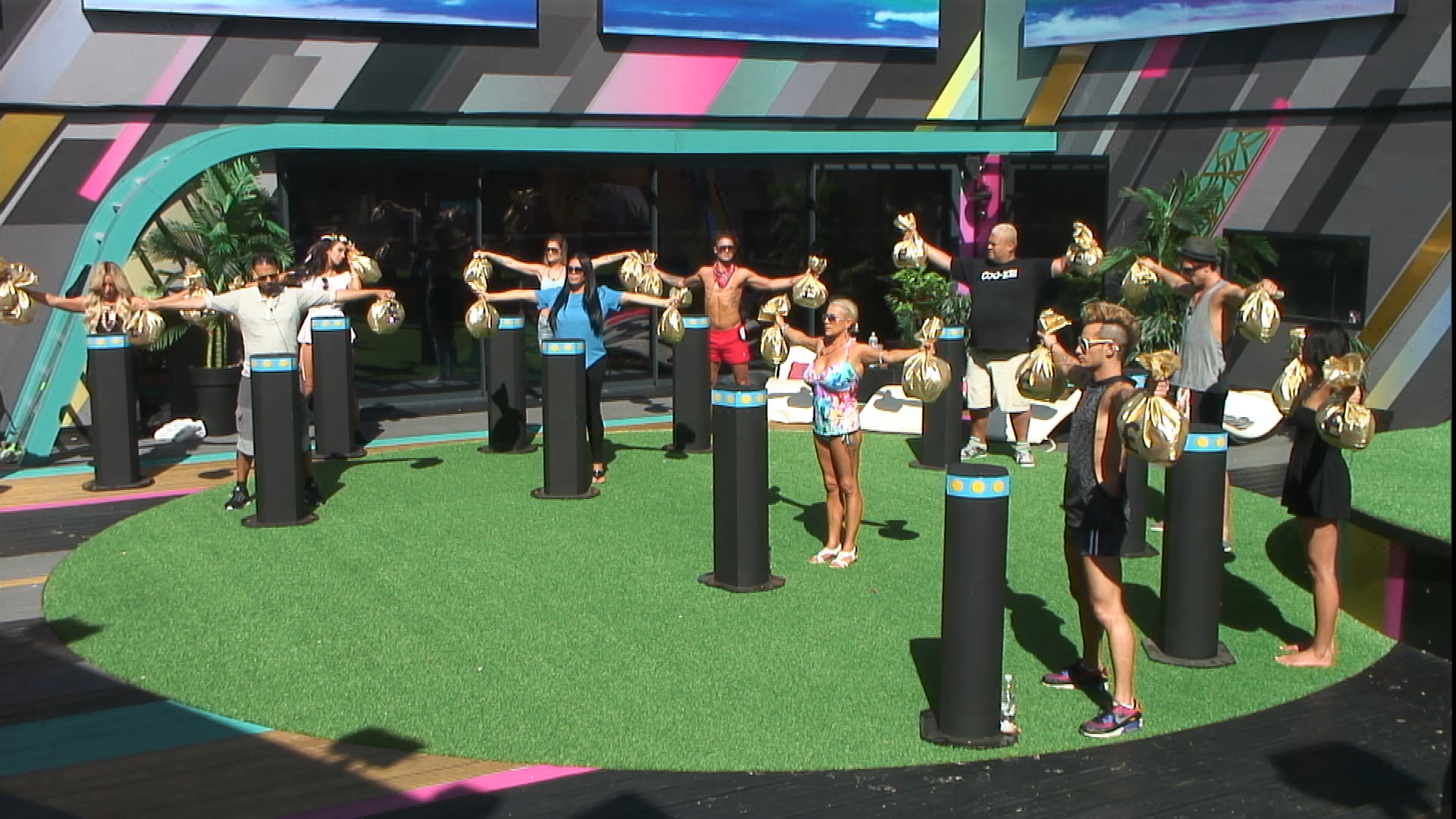 Housemates have been taking risks in order to win a luxury shopping budget.

During tonight’s show, Big Brother calls Ricky and Samantha to the diary room, to give them a chance to win the entire luxury-shopping budget. The pair is set a secret mission where they must correctly pick a housemate who they think can hold two weighted moneybags, with extended arms, for at least 5 minutes. The pair believe Lewis will be able to do this

In the garden, the next part of Big Brother’s Big Risk task gets underway. Housemates all try to hold two weighted moneybags with extended arms. Only Samantha and Ricky are aware that only Lewis must hold the moneybags for 5 minutes in order to pass the task

After the task, Big Brother reveals to the housemates that Lewis successfully passed the task.

Later on, Big Brother calls housemates to the sofas, and announces that Lewis broke the rules about talking about nominations to Heavy D. As a result, Lewis is sent to jail in the garden.