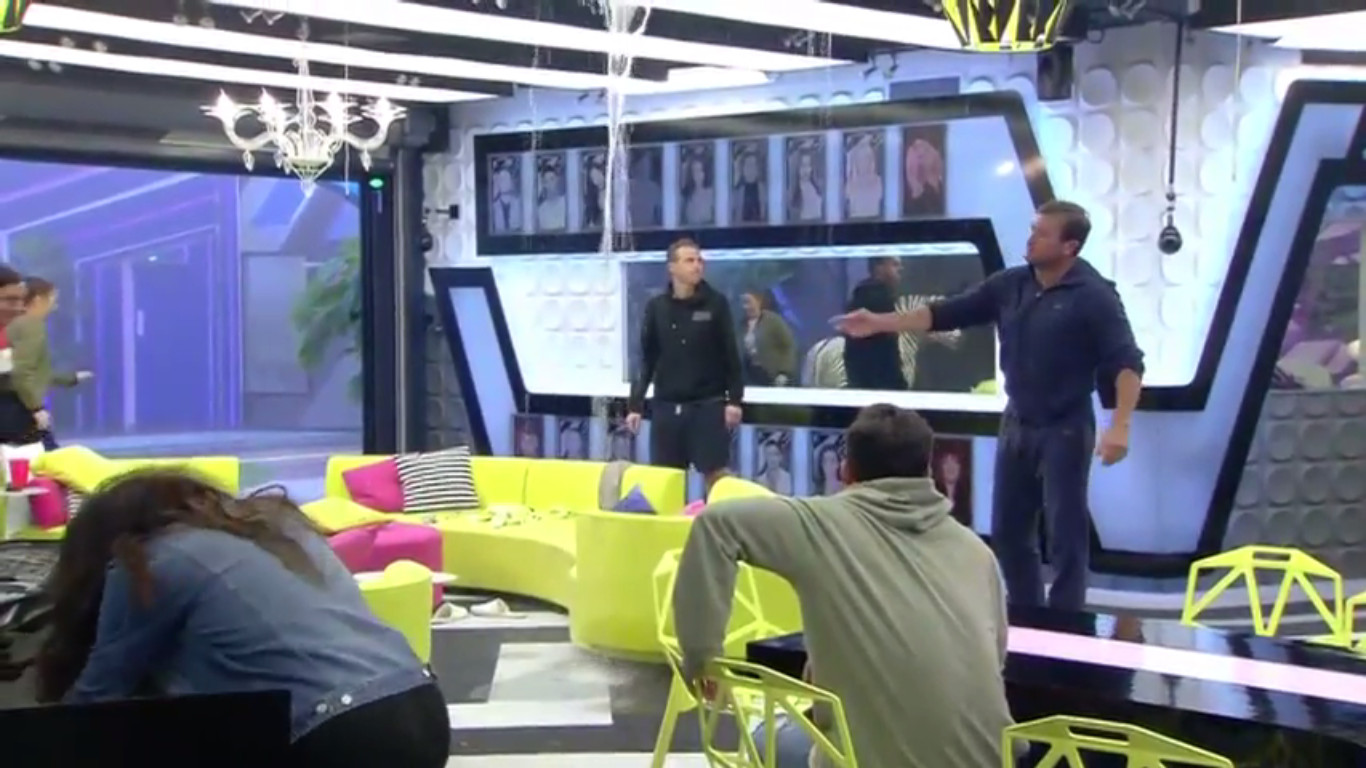 The Housemates have been evacuated as the Big Brother House has flooded.

After a freak downpour of rain hit the Big Brother House earlier today, the Housemates have been evacuated from the main House and have been put in the other House.

Some of the Housemates were enjoying the rain outside in the garden, but were soon faced with an indoor problem. Jason shot up from the sofa as water poured down from the ceiling and onto the carpet in the living area.

Big Brother told all Housemates to move into the bedroom immediately and locked off the House. It has since been confirmed that the Housemates are temporarily living in the other House.

This isn’t the first time that a leak has happened – back in 2010, during the eleventh series of Big Brother – the living area was hit with a flash flood and the Housemates, including Josie Gibson, were evacuated via the Diary Room before leaving the House temporarily. They later returned to the task room as work took place to ensure the House was ready for their return.