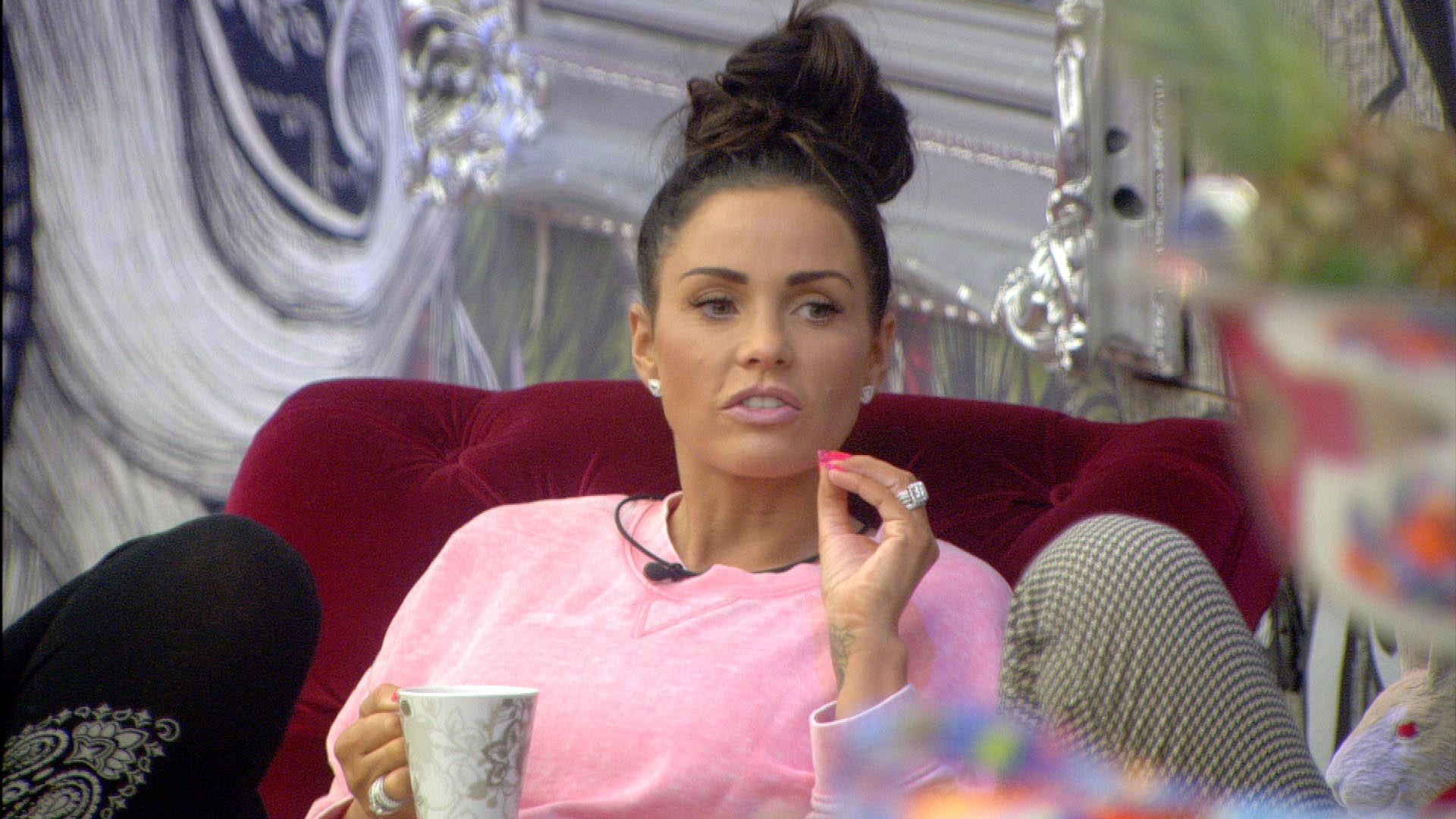 On tonight’s show Katie Price tells the group that she is still worried about her husband’s fidelity. She says that it’s not him being out or who he is out with but ‘the journey there and back’ she worries about as that’s when his ‘unfaithfulness’ occurred last time. She says that he is an ‘adrenalin addict’ and Alicia comments that he could get that from Thorpe Park. Nadia says that it’s like crack cocaine and any addiction is ‘selfish’. Alicia ends the conversation by saying: ‘Men are horrible.’

Meanwhile, Perez and Nadia chat about Katie Price’s personal life and Nadia says: ‘When you really hear it, she’s phenomenal to still be standing up.’ Perez calls Katie Price ‘inspiring’.

Katie later visits the Diary Room and tells Big Brother that she loves being in the house but is ‘dreading leaving’ because of some of her disclosures. She says: ‘I don’t want to keep talking about my exes.’ Big Brother asks her if it is painful to be constantly asked and she wells up and says: ‘I’m still living it.’ She also adds: ‘My heart is in pieces.’

Later on, Kavana asks Katie Price who was the love of her life ‘pre Kieran’ and she surprises the group by saying Dane Bowers. She goes on to explain that is it was ‘the first time my heart got properly broken’. Katie says this resulted in an attempted overdose and that she was ‘obsessed’.

She adds that she degraded herself and if ‘he said jump, she would say, how high?’ She added: ‘He hurt me so much.’ The conversation ends by Katie Price saying it’s made her stronger and she will never let a man do that to her again.