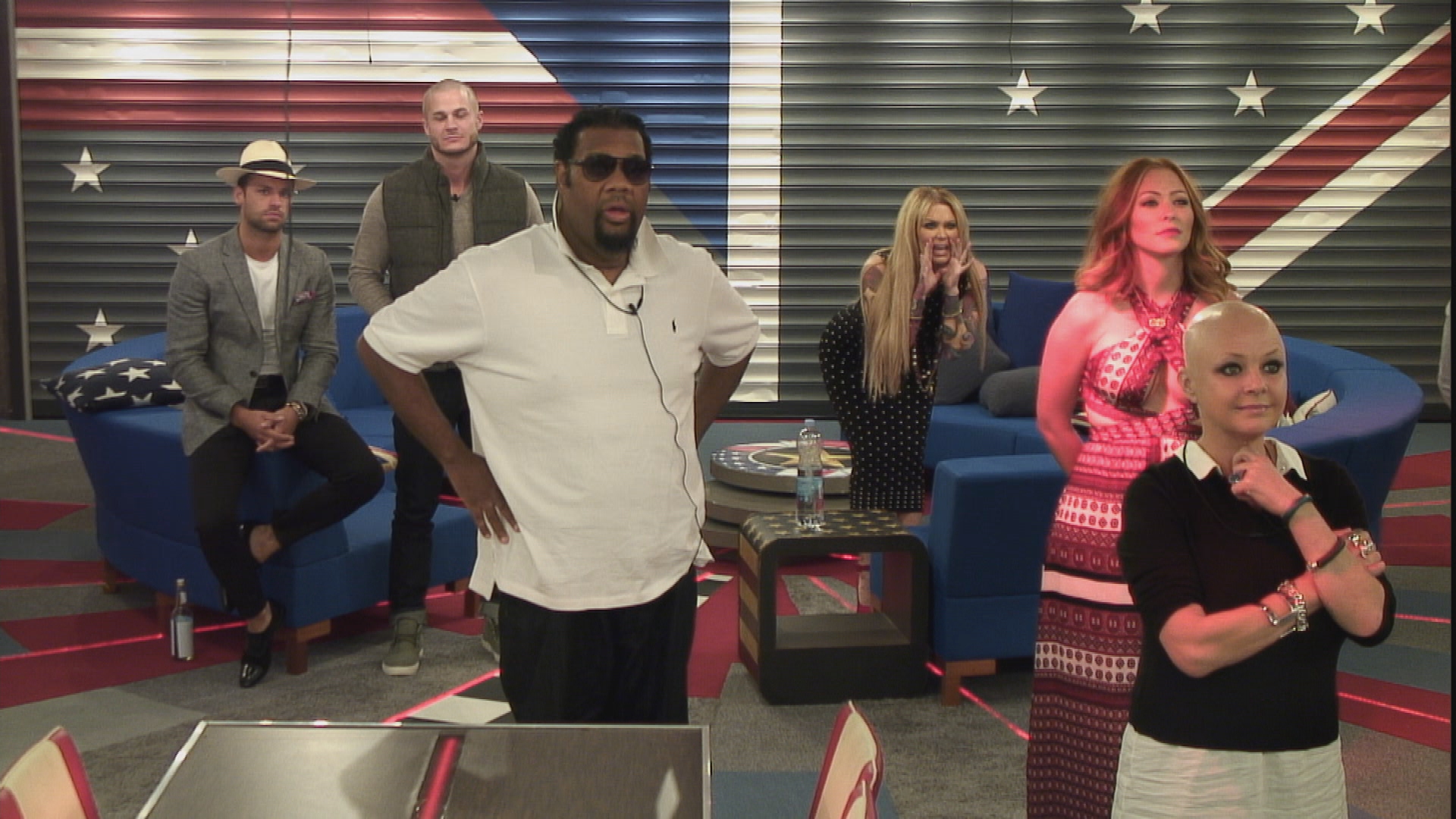 The main Big Brother House has reacted to the evictions of Farrah and Jenna.

During tonight’s highlights show, Fatman Scoop says that he doesn’t really understand why Farrah and Jenna have gone, he says: ‘They were the whole entertainment of the show.’

James says to Austin that he thinks that ‘Farrah got what she deserved tonight’. Natasha admits to the group: ‘I feel like a whole weight has been lifted off my shoulders.’

James explains to Natasha and Austin that although he was friendly with Jenna, the relationship felt ‘a bit egg-shell-y’.

Big Brother asks Chloe-Jasmine and Stevi how it feels that the public have saved them from eviction and they admit they are both ‘humbled’. Asked about Jenna and Farrah and Chloe-Jasmine admits that at times, they were a ‘little bit inappropriate’.

Austin and James settle down for the night in the same bed and Austin admits that he has grown ‘accustomed’ to sharing a bed with James. The girls in the luxury suite are a little shocked and Jenna says: ‘His husband is watching!’