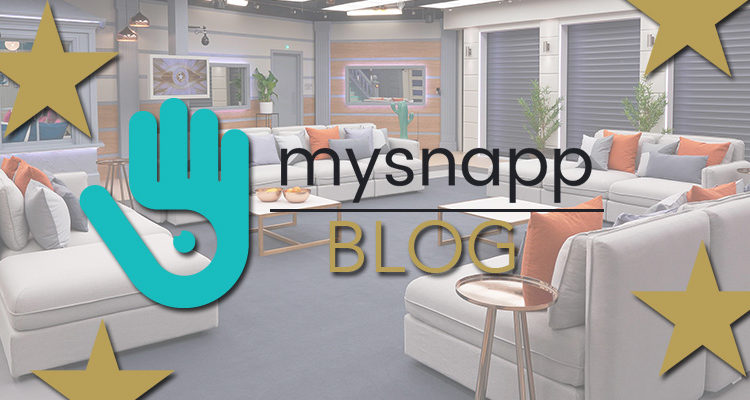 Earlier in the series, we held a poll on Twitter and asked which room in the house was your favourite. It came as no surprise when the result was revealed and the living room was crowned the best room in the house! We can definitely see why this is the case. 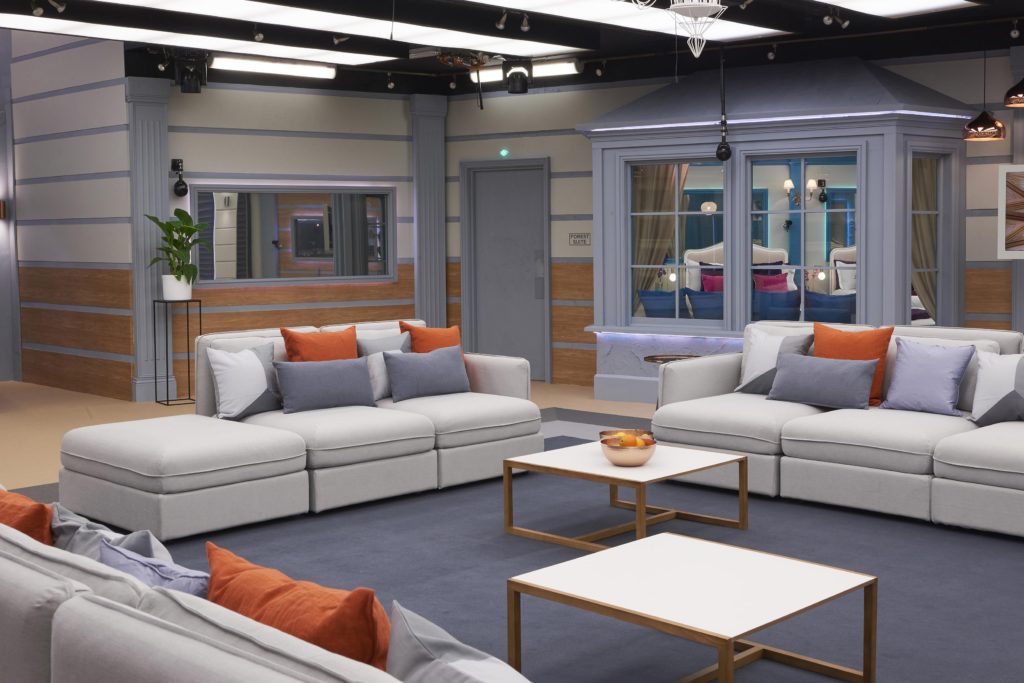 For the new look living area, the designers stripped away the village look that we had for the previous series completely, and replaced it with neutral and calming tones. For the first time in a while, the sofa area has been kitted out with four individual sofas, which opens up the space a lot more than a circular sofa. It makes the living room itself look a lot bigger and feel a lot more spacious – trust us, we’ve been in there! 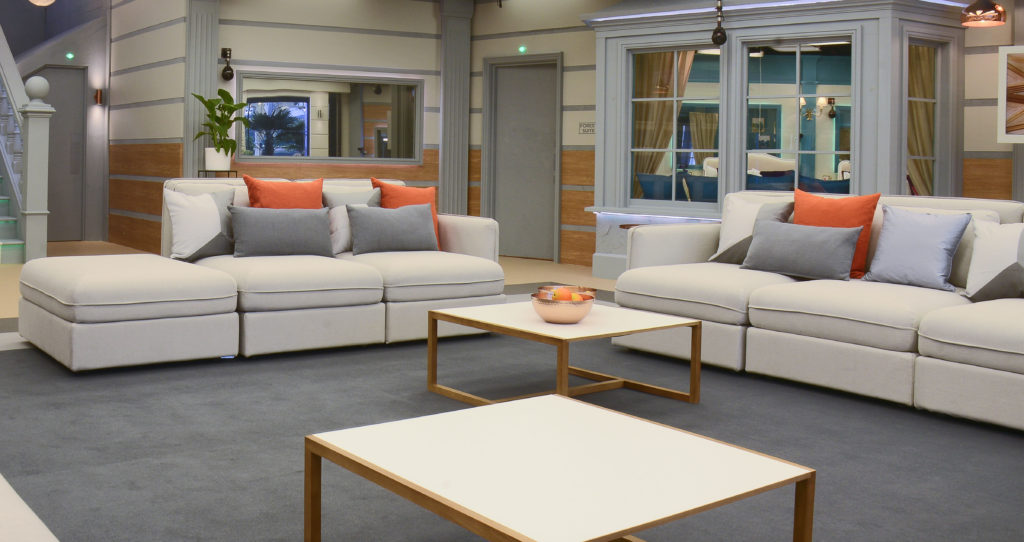 The colour scheme for the room has been thought out to help create a relaxing atmosphere, something that’s needed in a place like the Big Brother House. The grey and orange pillows bring the look together and match it all up. The coffee tables are quite modern also – one of the best parts of this room! As with the eye logo, in this room there is a lot of copper and rose gold.

Starting with the bowls on the coffee tables, the copper theme creeps in – but is done elegantly and adds a tad of sophistication to the area. Above the housemates, the golden pendant lights hang from the ceiling, while the golden lamp stands in the corner next to the housemate wall. We love the lamp – and want it for our own house.

Even though there’s plenty of sophistication in this house, it is still the Big Brother House, and some fun items make their way into the house.

Who loves a cacti? They’re very… in fashion right now and Big Brother wanted to get in on the trend. There’s a massive one standing on the golden side table! It’s amazing and we really want one. There are smaller cacti in the room as well though, so you can find the perfect one for you – including a golden one, of course. There are some other items we really like, including the orange and white vase. 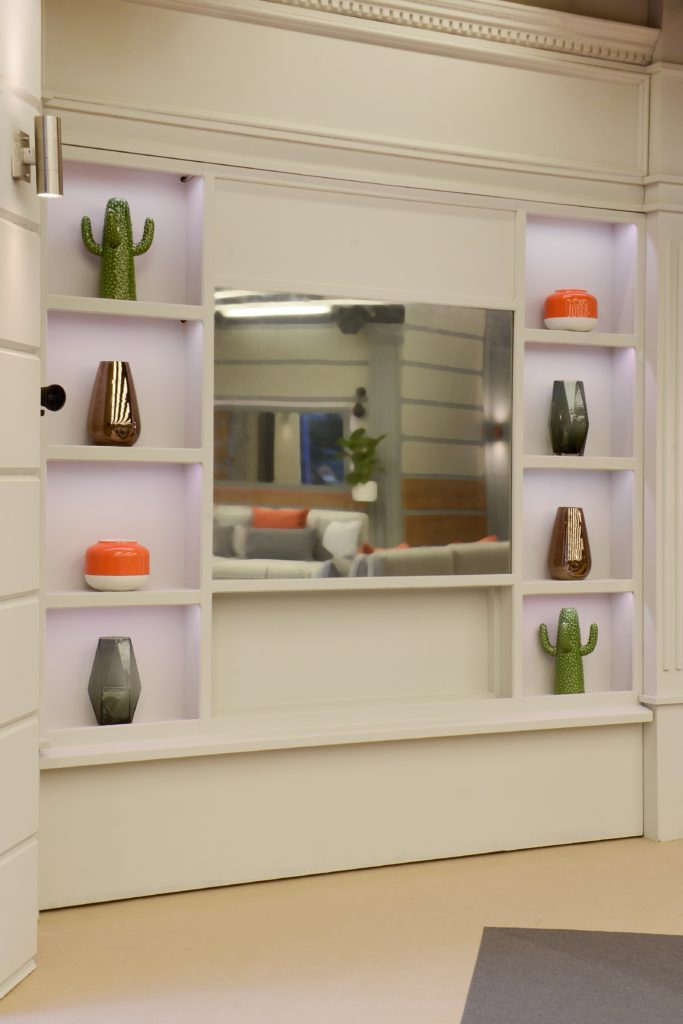 We have to say that for a Big Brother House, this certainly hits the mark for celebrity glamour. You can shop everything you see in the Celebrity Big Brother house with mysnapp! You can start by visiting the mysnapp website or downloading the apps for iPhone and Android. You can follow mysnapp on Twitter and get involved with the conversation right now.