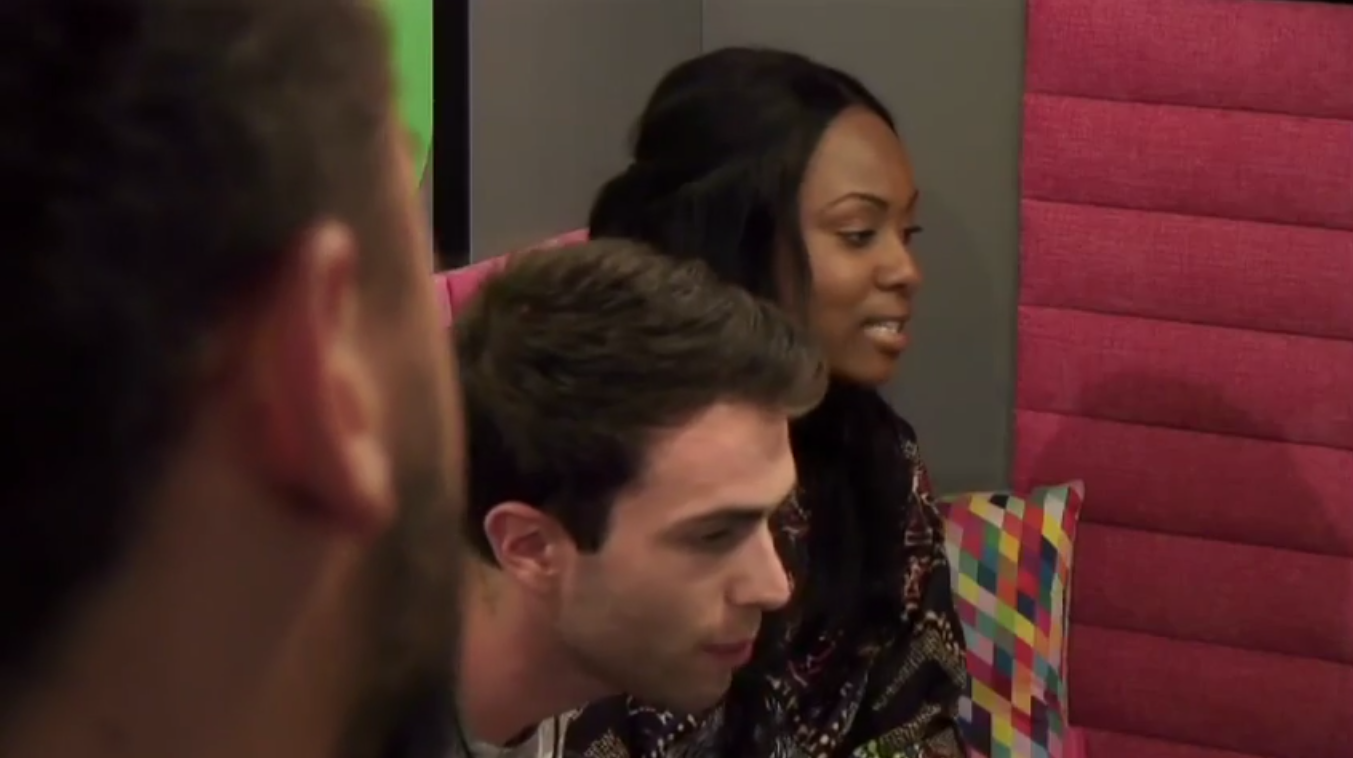 The House was thrown into chaos last night, as the Housemates erupted into the biggest row yet

Last night, Big Brother announced to the group that alongside Christopher and Jale, another six Housemates would face eviction after the Power of Veto twist involving the power couple, Matthew and Toya.

After the reveal, the Housemates took to the garden – and Matthew and Toya made their way up to the pod. Marlon, sat with Helen, Winston and Ash, decided to rip into Toya – calling her fake.

Toya retaliated and told Matthew that “Marlon needs to shut the f**k up”.

“All you do is stare in a mirror, I’m bored of it”. Marlon then went on to comment that we saw Toya’s true colours after the nominations reveal.

“Marlon find a mirror!” Toya shouted from the pod, where she was sat with Matthew and Mark.

“I’m fake? Well we’ve seen your true colours today haven’t we darling?” Toya shouted back. Marlon then headed towards the spiral staircase of the pod before being called to the Diary Room by Big Brother. Marlon shouted up again, but Toya rolled her eyes.

“Marlon, stop embarrassing yourself… I’m a b***h? Okay… You know what, the greatest thing is and what everybody is failing to understand, we didn’t even get to nominate. So the people in front of you nominated you” Toya shouted. Winston tried to shout back, but Toya interupted.

“You’re such a drama queen, sitting there shouting at everybody!” Winston replied.

“Listen, Toya. Why don’t you just come down and talk about it?” Ash suggested.

“No, hang on, she’s sitting in the power house seat up there, so next week are you gonna be a power Housemate?” Winston added to the argument.

You can catch the argument here: